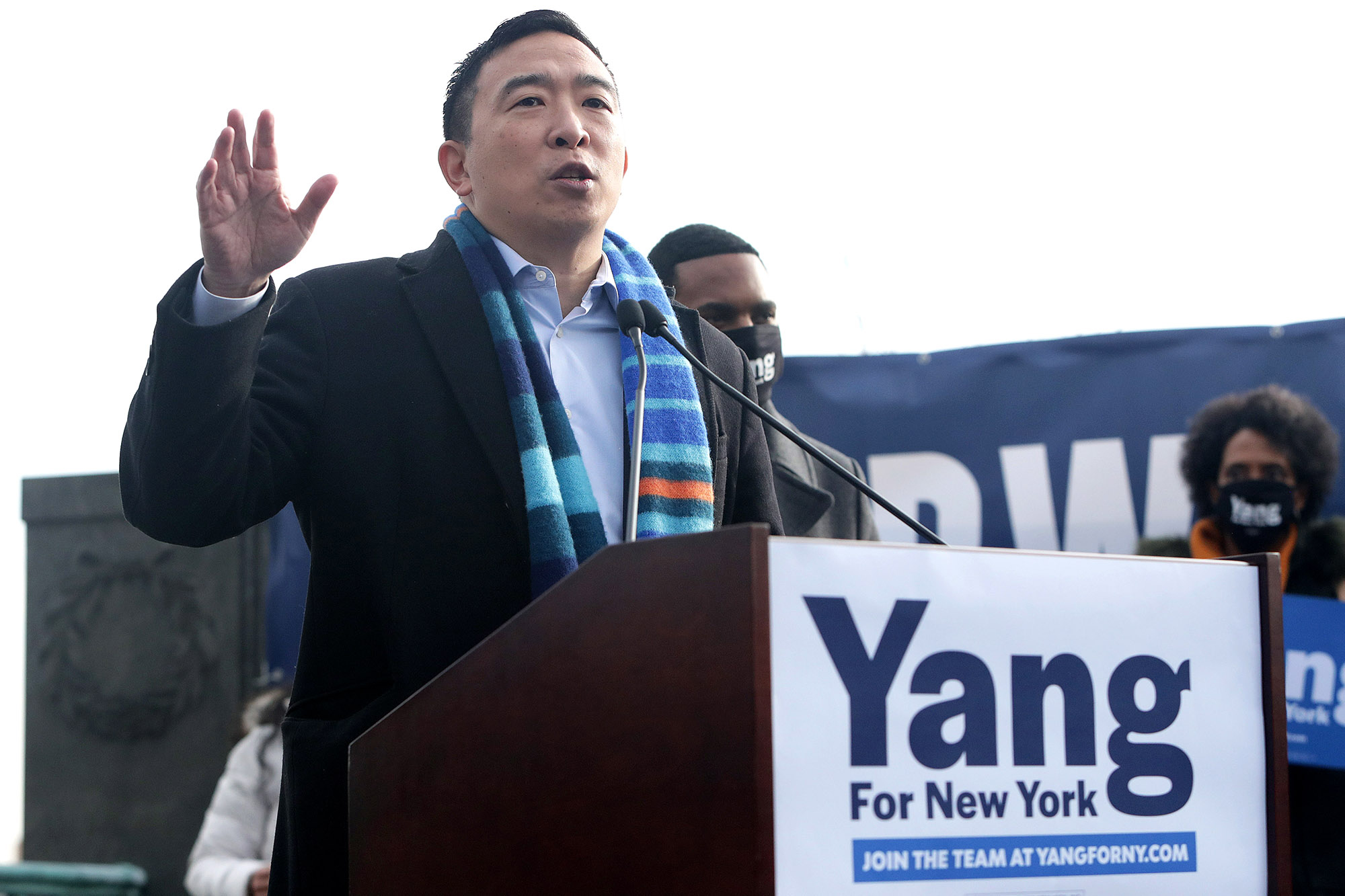 Mayoral candidate Andrew Yang warned Thursday that nixing the city’s Gifted and Talented programs could lead to more parent flight out of the school system.

“I disagree with the decision to discontinue Gifted and Talented testing,” Yang said during a candidate forum held by PLACE NYC, a parent group that backs accelerated education programs. “Particularly in the absence of a new alternative.”

The city’s Panel for Education Policy voted down a contract with the company that administers the Gifted and Talented test this week.

The shock vote blindsided Mayor Bill de Blasio, who wanted to offer the exam one more time before getting rid of it.

“Families are looking up and saying, is New York where my kids are going to flourish?” Yang said. “They don’t know what comes next. And then they are voting with their feet.”

The Department of Education said this week that overall enrollment dropped by 43,000 this academic year — with kindergarten numbers plunging by 9 percent.

There are about 16,000 kids in Gifted and Talented elementary school programs out of a total system of roughly 925,000.

“We have friends who are leaving,” Yang said. “We need to let people know that New York City is going to invest in our kids. We can not get rid of G and T screening without a concrete alternative. In the absence of that concrete alternative we should have kept it. And then we can look at broadening it so that more families enjoy some of these enrichment programs that reflect the composition of our city. But getting rid of it was a mistake.”

City Hall has vowed to remake Gifted and Talented programs that provide accelerated educational options for kids who win admission.

Detractors argue that the single-test entry structure benefits families of means and has produced low black and Hispanic enrollment.

Gifted and Talented backers have called for expanding the program to accommodate more kids while others oppose separating students based on academic measures.

With the test effectively defunded after this week’s vote, the DOE said it will develop an alternative admissions approach for next year.

O.J. Simpson gloats over getting his 'shot' on Twitter

Steve Cohen’s Twitter nightmare may be bad for Trevor Bauer