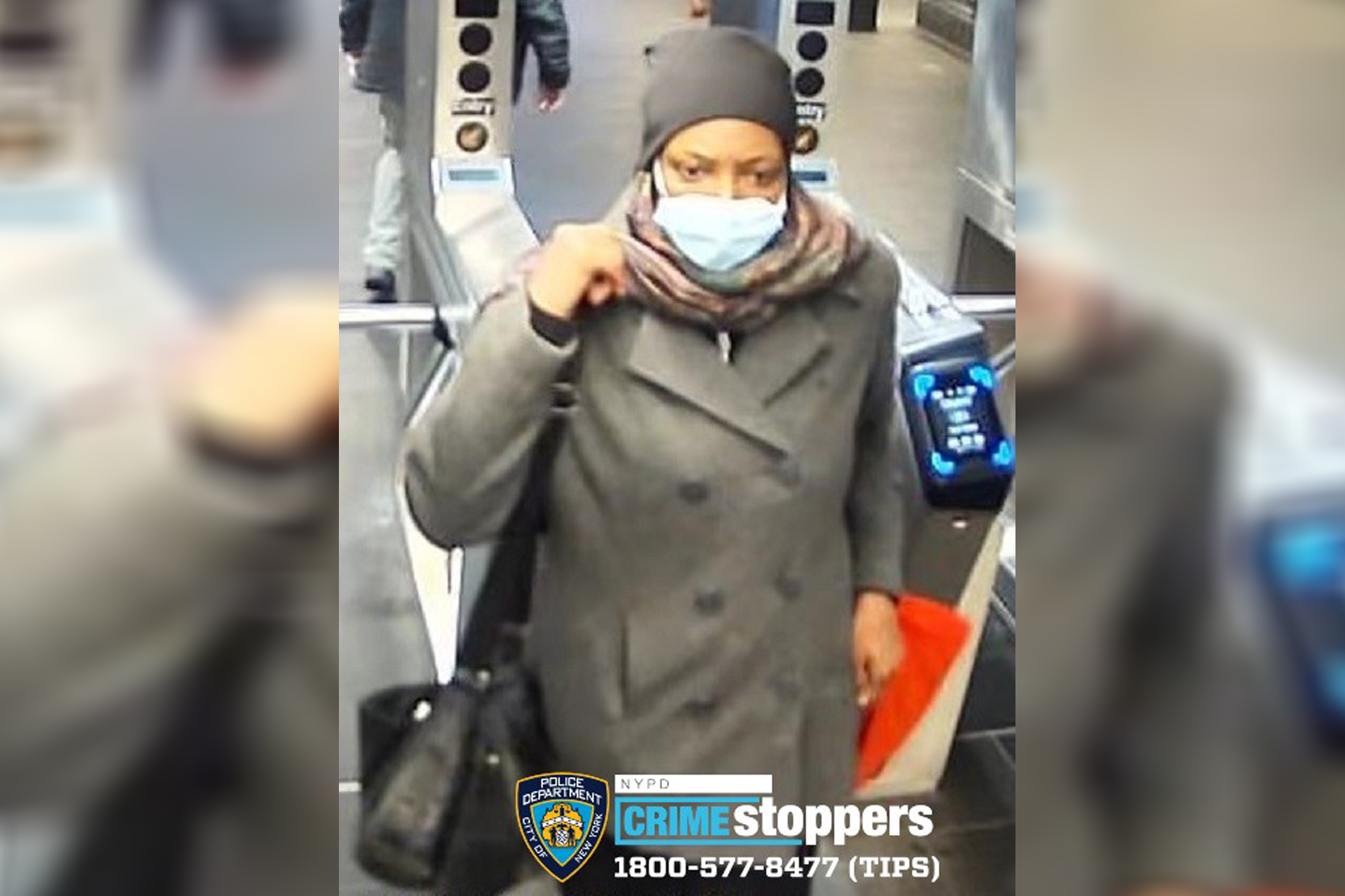 A woman randomly stabbed a 60-year-old straphanger in the back at Penn Station — then told him, “God bless you” before walking off, cops said Sunday.

The male victim was getting off a No. 1 subway train at 34th Street and Seventh Avenue in Manhattan around 4:30 p.m. Valentine’s Day when the female stranger came up behind him and stabbed him in the shoulder and back “multiple times,” said police — who tweeted out a surveillance photo of the suspect.

“God bless you,” the woman said, according to cops. “Stay safe.”

The woman then walked away and remains on the loose, police said.

It was not clear if the victim was taken to the hospital, but his injuries were non-life-threatening, the department said.

NYPD Crime Stoppers is offering a reward of up to $2,500 for information leading to the woman’s arrest through @NYPDTransit, @NYPDMTS, or via NYPDTips.

The crime was the second reported on a train within about an hour around Penn Station that day.

As The Post previously reported, a 61-year-old man was stabbed by a knife-wielding male suspect around 3:30 p.m. Valentine’s Day aboard a No. 2 train near Penn Station.

Security under spotlight after British MP stabbed to death