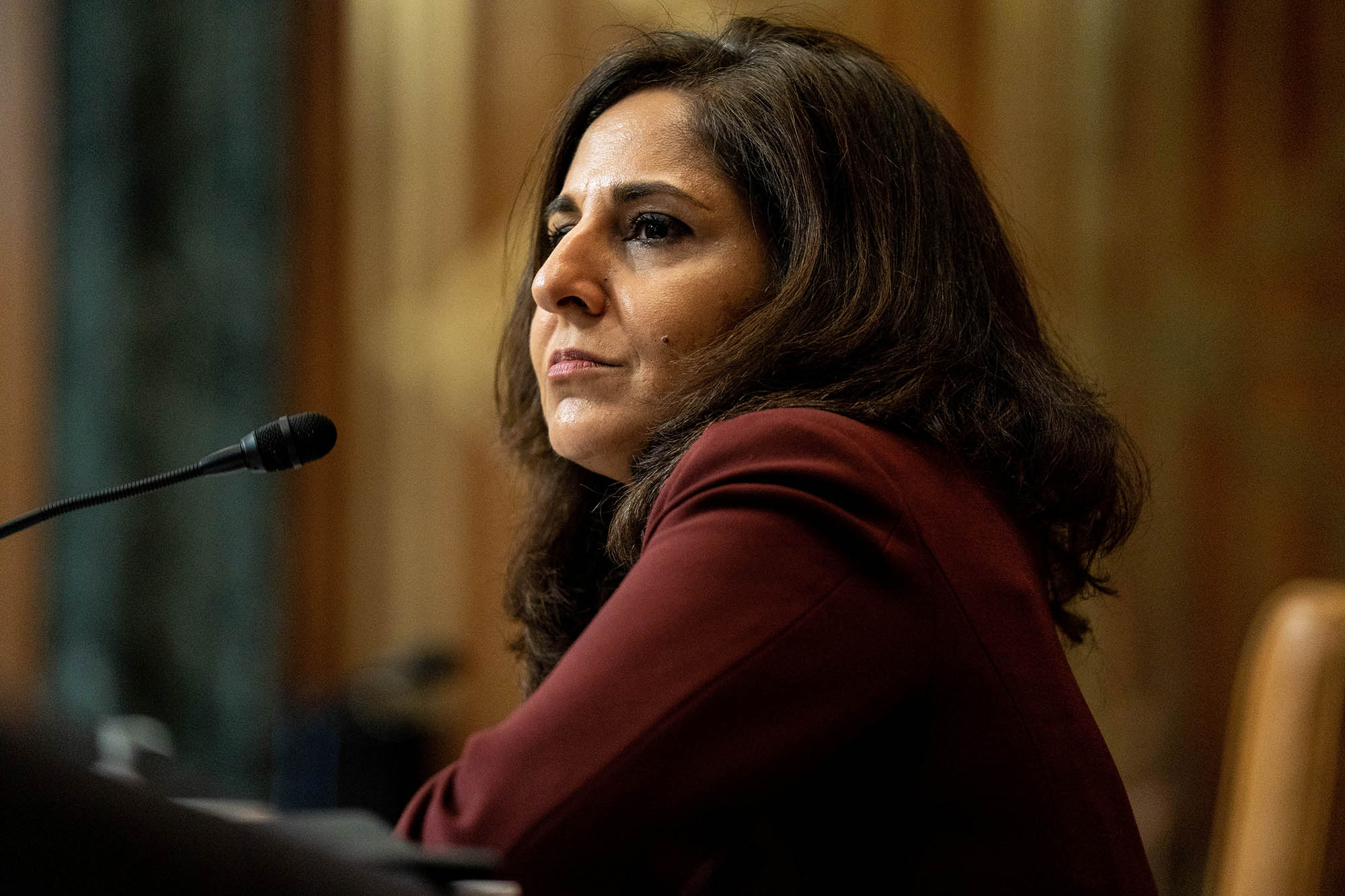 The White House on Tuesday said that it was withdrawing Neera Tanden’s nomination to be White House budget director.

President Biden presented the withdrawal as Tanden’s idea and the White House released a letter from her saying she wanted to drop out.

Tanden faced increasingly long odds at confirmation due to her past mean tweets about senators, including swing-voting Republicans and even some Democrats.

Biden said in a statement that he “accepted Neera Tanden’s request to withdraw her name from nomination for Director of the Office of Management and Budget.”

“I have the utmost respect for her record of accomplishment, her experience and her counsel, and I look forward to having her serve in a role in my Administration. She will bring valuable perspective and insight to our work,” Biden said.

Tanden, whose tweets clashed with Biden’s promotion of civility, wrote in a letter to Biden that the White House released: “Unfortunately, it now seems clear that there is no path forward to gain confirmation, and I do not want continued consideration of my nomination to be a distraction from your other priorities.”

At least one Republican vote was needed in the evenly divided Senate after Sen. Joe Manchin (D-WVa.) said he opposed Tanden due to her mean remarks against his colleagues.

Alaska Sen. Lisa Murkowski, one of the last remaining GOP swing votes on the nomination, said Wednesday that she was surprised to learn she was among the targets of Tanden’s social media rage.

Tanden in 2017 accused Murkowski of being “high” on her “own supply.”

Sen. Rob Portman (R-Ohio) reminded Tanden at one of her confirmation hearings, “You wrote that Susan Collins is ‘the worst’, that Tom Cotton is a fraud, that vampires have more heart than Ted Cruz, you called Leader McConnell ‘Moscow Mitch’ and Voldemort.”

St. John's in for crucial week that could decide its future