‘We owe them,’ Biden says of FBI agents killed in Florida 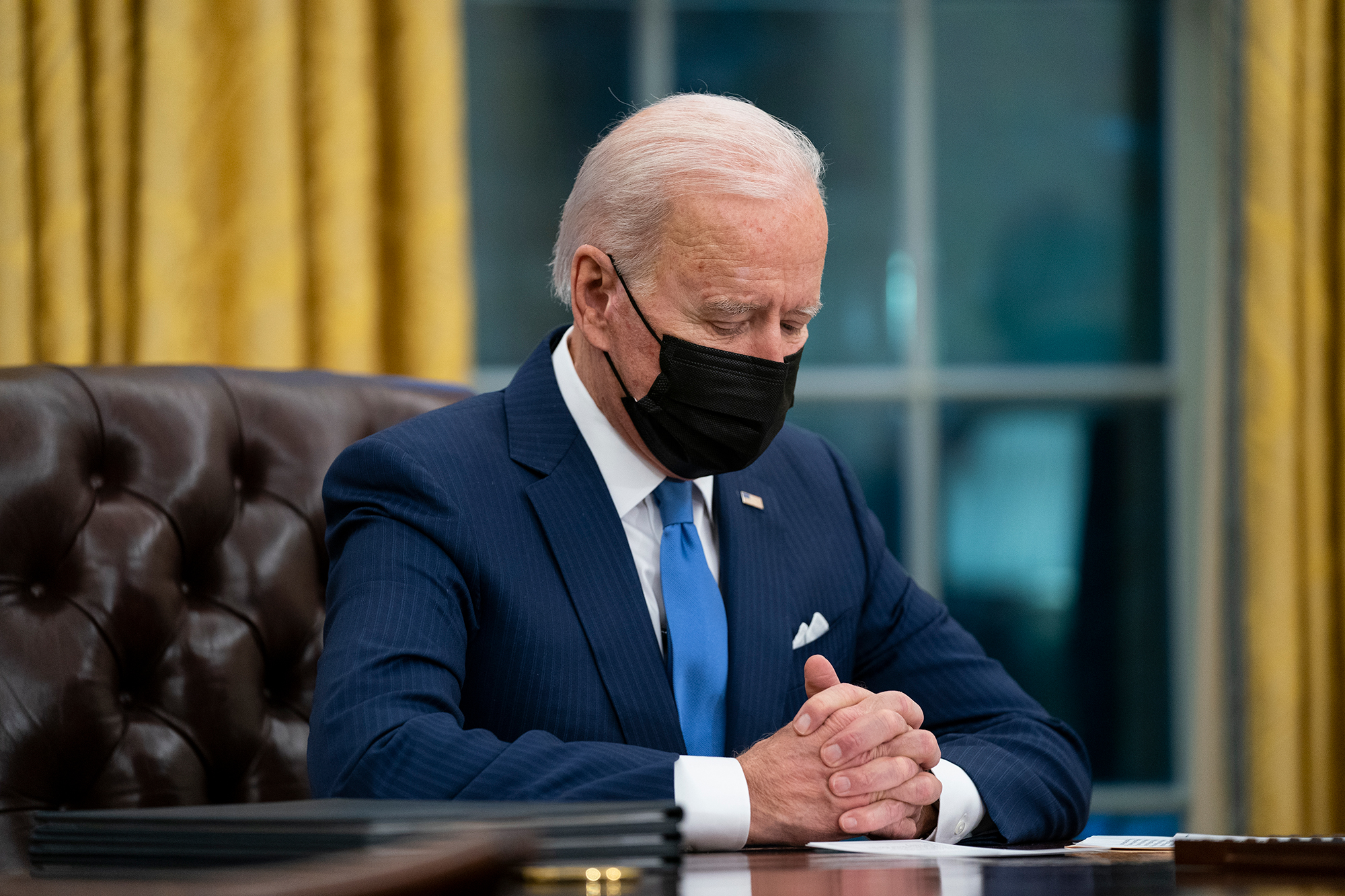 President Biden said Tuesday “my heart aches” for the families of two FBI agents gunned down in Florida, calling the fatal shooting a tragedy.

Flanked by Vice President Kamala Harris and new Homeland Security chief Alejandro Mayorkas in the Oval Office, Biden said he has tried to reach out to the families of both agents, saying of the slain agents, “we owe them.”

“Let me begin by saying, from all three of us, the vice president and the new secretary of homeland security, that our hearts go out to the families of those FBI special agents,” he said.

“Two of them were killed and three of them were injured today in Florida,” the president said. “I was briefed on this tragedy earlier today and I know the FBI’s gathering information about how this happened and what happened, but I can only imagine how these families are feeling today.”

“One of the things when you are in a combat zone in the military, or an FBI agent, or a police officer, every family just, when they put that shield on and go out in the morning, dreads the possibility of receiving that phone call,” he said, “and my heart aches for the families.”

“I have not had an opportunity,” Biden said of speaking to the families. “I tried today to contact them. But they put their lives on the line and it’s a hell of a price to pay.”

“Every single day, every single one of these folks, these men and women, are decent honorable people who put their lives on the line,” he said. “We owe them.”

The shooting happened as FBI agents were executing a child-pornography search warrant at a Sunrise apartment complex around 6 a.m.

The suspect, who has not been identified, watched the agents through a doorbell camera and opened fire through the door with an assault-style rifle, a law enforcement source told the Miami Herald.

Two veteran agents — Daniel Alfin, 36, and Laura Schwartzenberger, 43 — were killed and three others wounded. Two of those agents are in stable condition.

ESPN’s Dan Dakich ‘violated’ me with his words