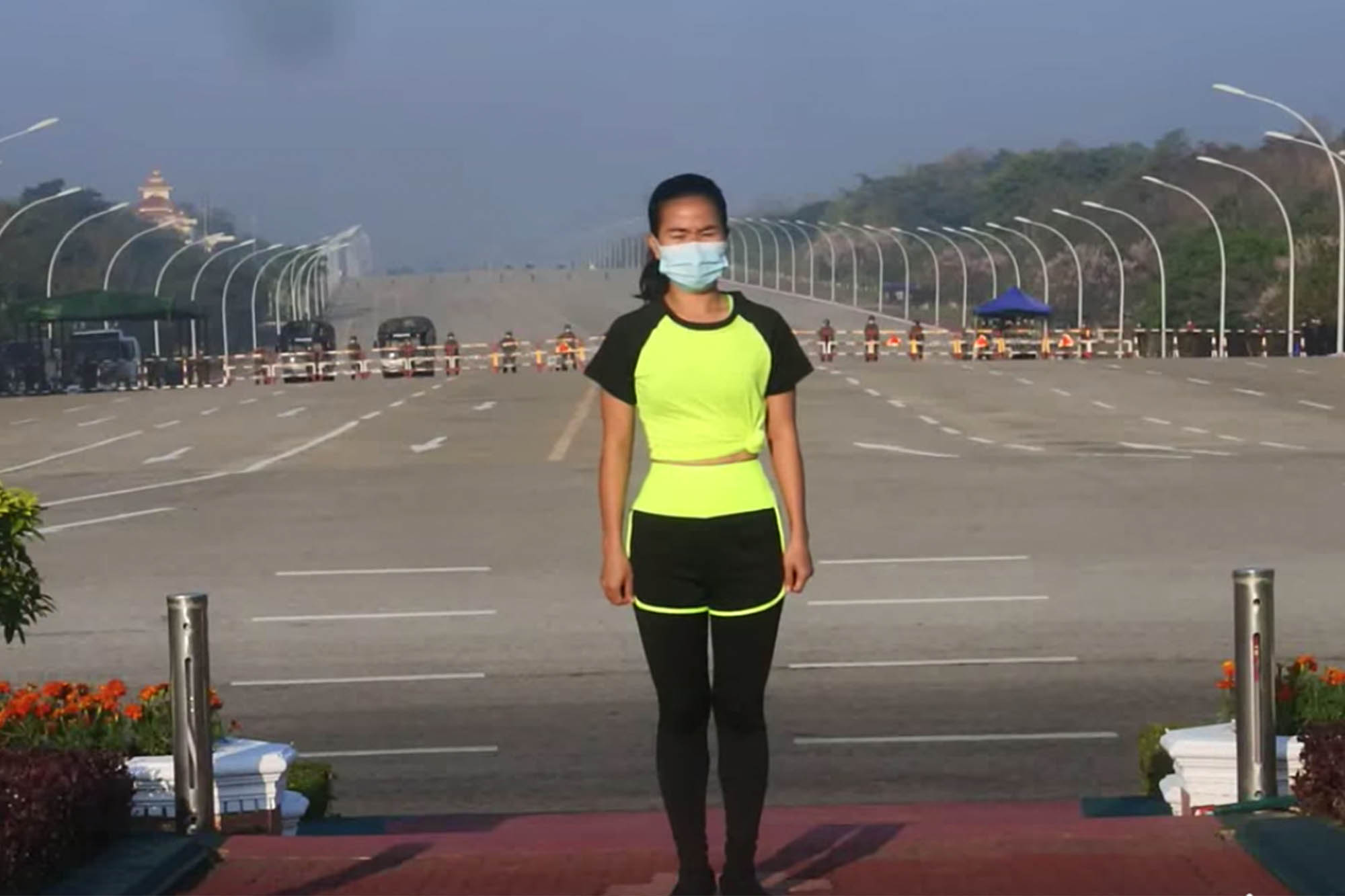 A new video taking the internet by storm appears to show a woman doing aerobics in Myanmar despite a heavy military presence growing behind her — on the same day that the country’s armed forces staged a coup.

Khing Hnin Wai posted a video to Facebook on Monday of herself performing an about three-minute exercise routine in front of what appears to be a convoy of army trucks and a road block.

The woman — who identifies herself as a physical education teacher and has a large following on Facebook, where she regularly posts workout videos — doesn’t skip a beat as military vehicles are seen whizzing behind her in the background.

The video has taken off on social media with one Twitter user proclaiming it “the most emblematic video of the 2020’s.”

“Talk about a revolutionary workout,” another quipped.

Some questioned whether the video was legit, but the woman has previously posted several other clips of her leading workouts from the same location — which she noted in a follow-up post after the original went viral.

Myanmar’s military announced Monday that it had taken control of the democratically elected government and declared a one-year state of emergency.

Nobel laureate Aung San Suu Ky and other top leaders of her National League for Democracy party were detained in early morning raids as part of the coup.

NYPD Chief Monahan may be grilled over ‘aggressive’ police tactics