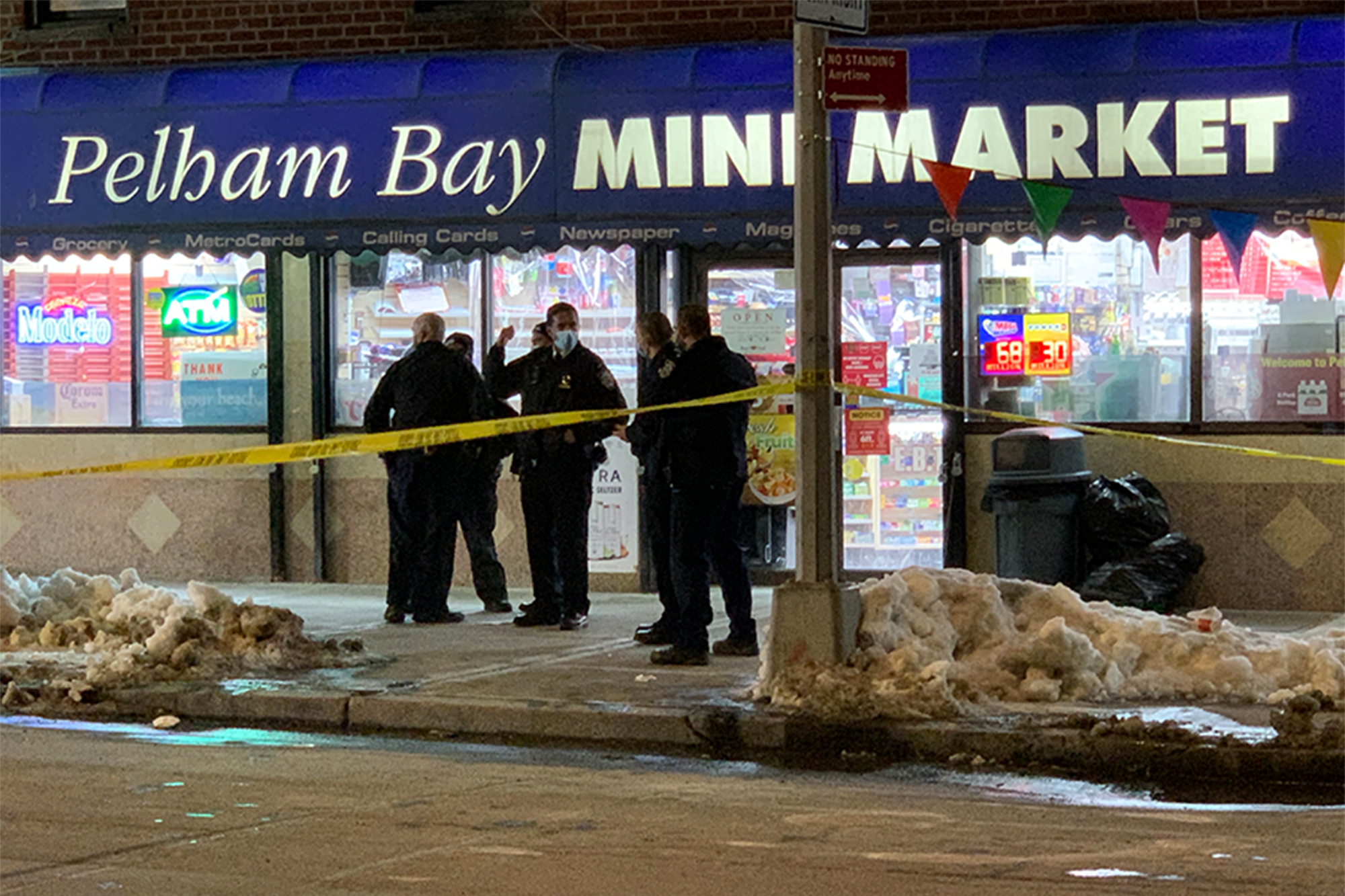 The gunmen were still being pursued by police early Sunday.

The first victim was killed at Westchester Avenue and Bruckner Boulevard in Pelham Bay after 7 p.m., according to police.

Victim Dane Salmon, 22, was shot
in his torso, right arm and right leg while
sitting inside his vehicle during a dispute, police sources said.

Two suspects in their 20s fled the scene in what may have been motivated by road rage, the sources added.

The victim was rushed to Jacobi Medical Center in critical condition, but later died.

Witnesses say Salmon was gunned down in front of the Pelham Bay Mini Market on Westchester Avenue.

Mohamed Almashmali 39, a clerk at Sanaa Smoke Shop nearby, said he served the victim and the gunmen before the shooting.

“They were arguing with me in here. Two of them. I think they were brothers. They looked alike,” he said of the alleged shooters, who he described as drunk.

“They were asking for loosies [loose cigarettes]. I told them I don’t got it.”

“He [the victim] stepped inside while they were here,” Almashmali added.

“He asked for rolling paper. They was in front of him in the counter. They saw him. But they didn’t even say anything.”

The suspects left the store, and then the victim did. Almashmali believes the men were strangers to each other, and said the victim was a frequent customer.

He recalled he heard several gunshots a short time later.

“This neighborhood, I have been here five years, and we never used to have this problem,” the clerk said. “This is crazy.”

Two hours later, a man was shot multiple times in the torso outside on East 163rd St.

That victim, whose name was not released, was rushed to Lincoln Hospital where he was pronounced dead.

A hunt for the killers is ongoing.