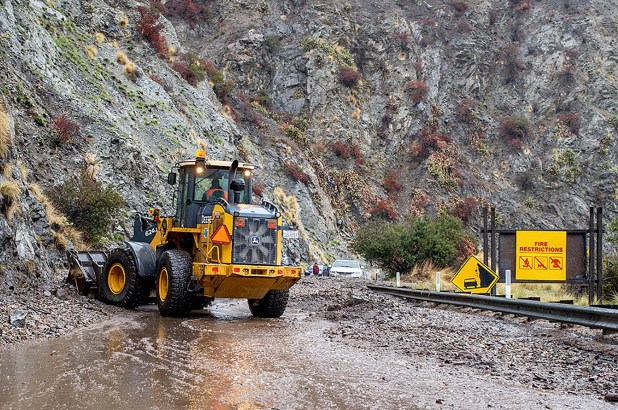 Caltrans clears a mudslide where a vehicle was trapped on Highway 39 in the San Gabriel Mountains above Azusa, California, on Jan. 29, 2021.
Sarah Reingewirtz/The Orange County Register/SCNG via AP

At least two people have died during a winter storm that ripped through California this week, authorities said.

A person who had been trapped in a flooded storm drain system along with seven others near a Mexican border crossing in San Diego died Friday afternoon, according to the U.S. Border Patrol.

It’s unclear how the group became trapped, but it’s been previously reported that people crossing illegally into the US take advantage when the grates open during heavy rains.

Also in the Sierra Nevada, a skier died after he was found upside down in deep snow at Mammoth Mountain on Thursday, the ski resort said.

The resort reported nine inches of snow had dropped as of Friday afternoon.

Photos and videos of the devastating storm show flooded roads, mudslides and a portion of a highway that collapsed due heavy rainstorm near Big Sur, California.

Edward Jenner Pioneered Vaccination. Will His Museum Survive a Pandemic?