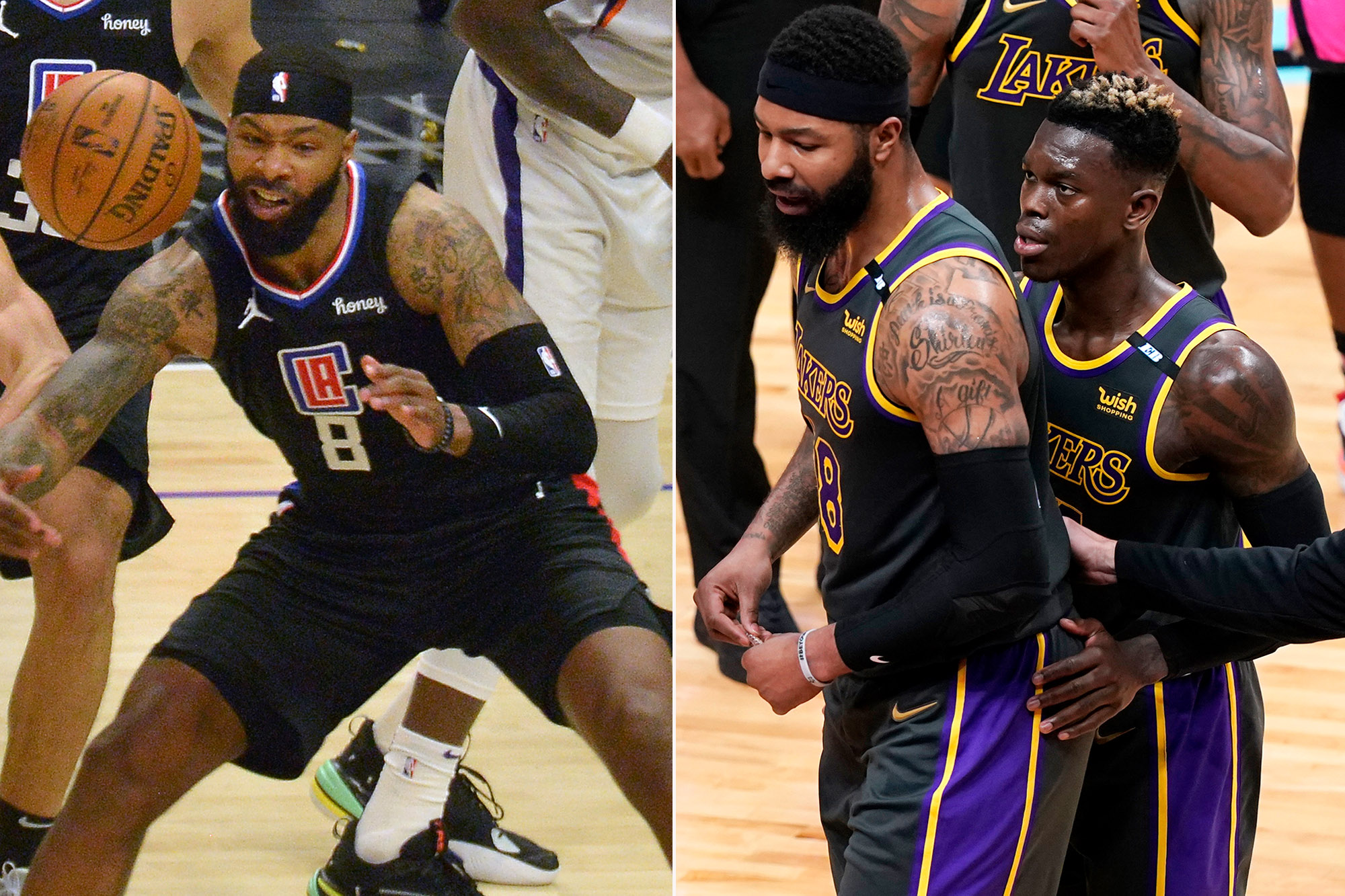 Even on separate teams, the Morris twins managed to stay synchronized during their games on Thursday night.

Both Lakers forward Markieff Morris and Clippers forward Marcus Morris were ejected during their respective matchups against the Heat and Suns. The brothers unknowingly showcased their twin telepathy, having both been ejected in the fourth quarter — something Marcus had fun with on social media after learning about his brother’s ejection.

“Aye smooth we gone have these people think that was planned,” he tweeted after Thursday night’s events, adding a bunch of laughing emojis. Marcus added that his brother’s “passion for the game” is “just different.” The latter is true for both brothers, whose tough play and bold attitudes have made them forces in the league.

Markieff was given a technical foul (his second of the night) that led to his exit in the Lakers’ 110-104 loss to the Heat. He appeared to have some choice words with the ref over a non-call with two minutes left in the game. The 31-year-old finished with 12 points and three rebounds in 34 minutes of play. The Lakers’ loss marked the team’s sixth straight without their star duo LeBron James and Anthony Davis.

Meanwhile, his brother Marcus experienced the same result — a technical foul followed by an ejection — in the Clippers’ 113-110 win over the Suns. He left the game with eight points and six rebound in 30 minutes of action. Marcus played for the Suns for three years from 2013-15.

Stefanik bill to make KSM, other Gitmo inmates last in line for vaccine