Trump warns GOP allies against using his name for fundraising 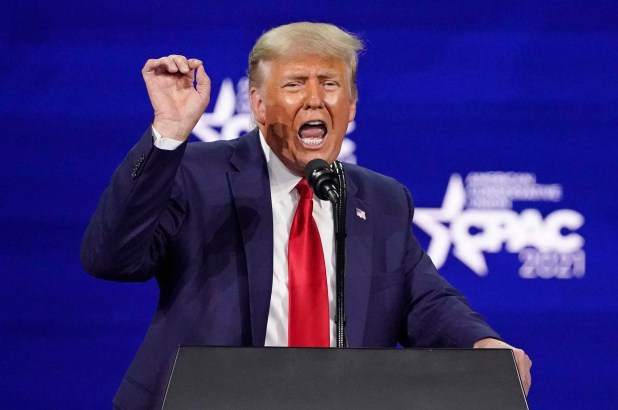 Former President Trump has warned GOP groups to stop using his name and likeness for fundraising, a source confirmed to The Post.

News of the letter was first reported by Politico on Saturday.

The president — who has long been protective of his name and public brand — was reportedly upset with RNC emails using his name to raise funds, when the money could potentially be used on behalf of Republicans who voted to impeach him.

Trump has vowed to rain down revenge on incumbents who refused to support him, by supporting primary challengers in 2022, a move which would set him up for a collision course with the campaigns designed to protect their incumbents.

Reps for the RNC, NRSC and NRCC declined or did not respond to a request for comment.

“Trump clearly doesn’t appreciate McConnell trashing while simultaneously fundraising off his name,” said one GOP operative at an organization which received a letter.