Trump to meet with Rep. Kevin McCarthy in Florida 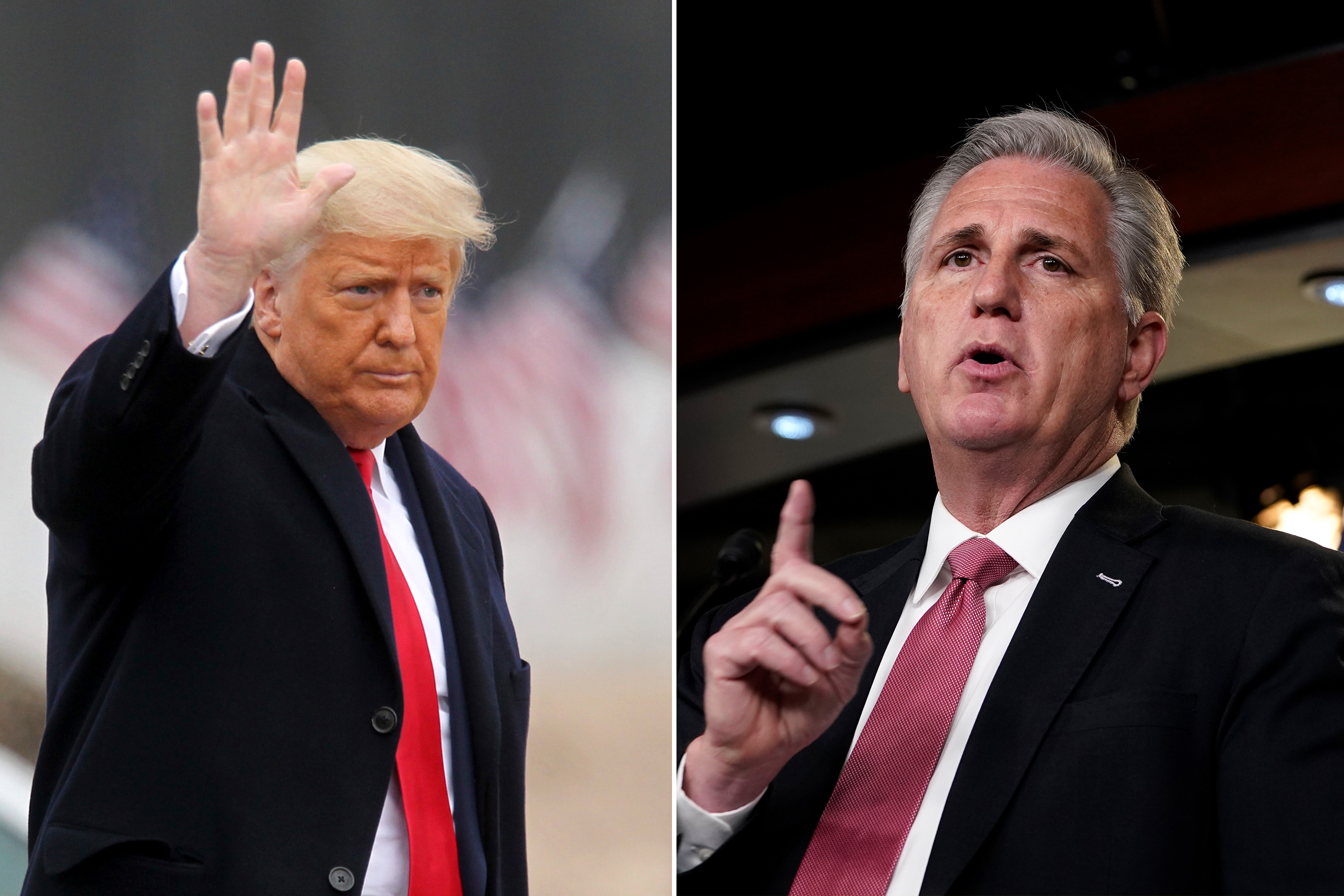 McCarthy (R-Calif.) was a close Trump ally during his term, but criticized Trump’s actions on Jan. 6 when a crowd stormed the Capitol to disrupt certification of President Biden’s victory.

The meeting in Florida is expected to be a first step toward conservative unity as the Senate takes up Trump’s impeachment trial next month.

Only five of 50 Republican senators voted to allow the trial on Tuesday, strongly suggesting Democrats won’t find the 17 Republican votes needed to convict Trump and then ban him from holding office.

McCarthy argued against impeaching Trump, but also floated a censure.

“The president bears responsibility for Wednesday’s attack on Congress by mob rioters. He should have immediately denounced the mob when he saw what was unfolding,” McCarthy said Jan. 13.

Trump is expected to remain a powerful figure in the Republican Party and could seek a non-consecutive second term as president in 2024.