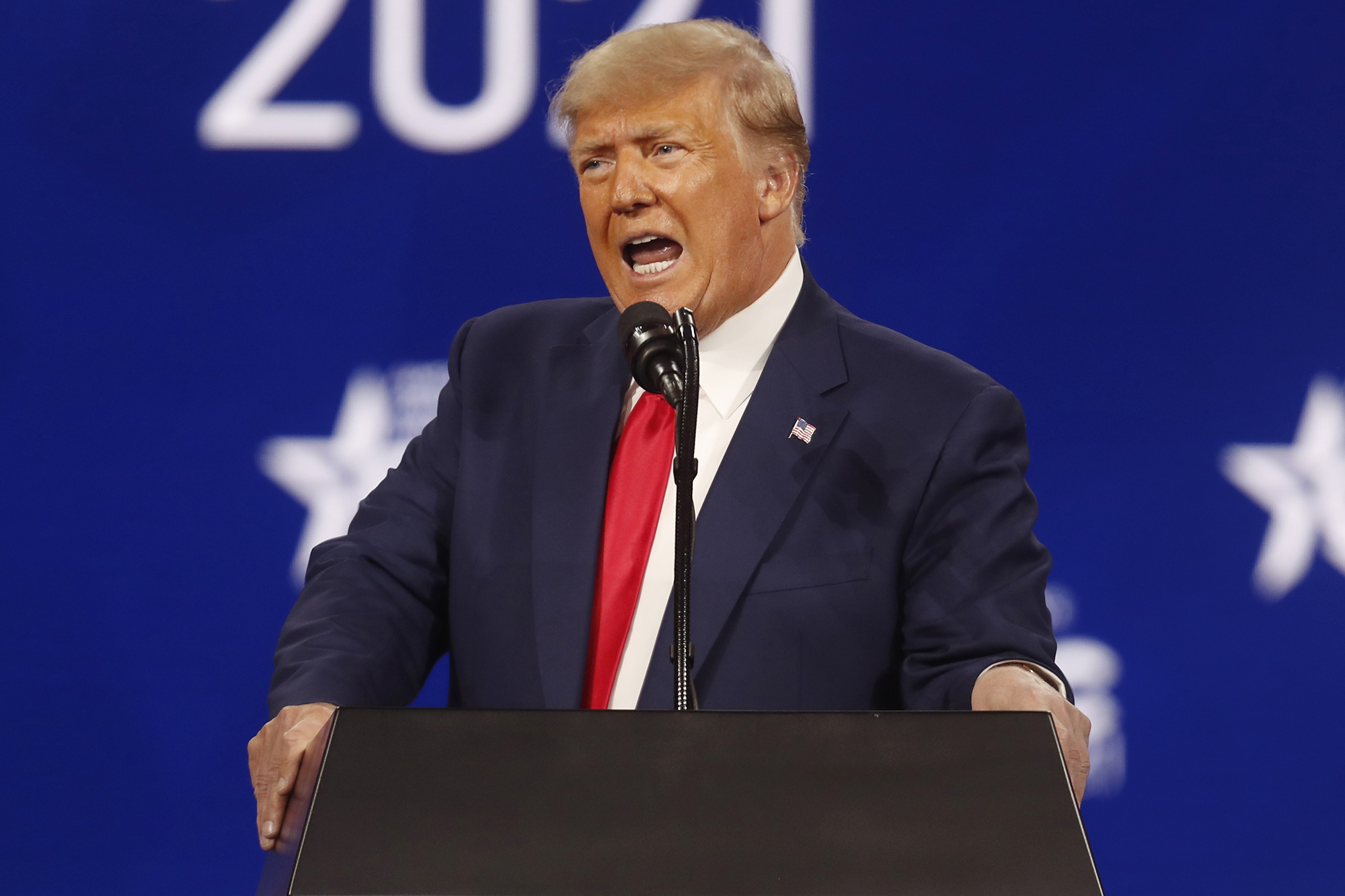 Trump raised the issue while speaking at Florida’s Conservative Political Action Conference, directly challenging Republicans at the federal level to repeal Section 230 of Communications Decency Act, which provides a legal shield to tech companies for content on their sites.

“If the federal government refuses to act, then every state in the union, where we have the votes — which is a lot of them — big tech giants like Twitter, Google and Facebook should be punished with major sanctions whenever they silence conservative voices,” the former president said.

Trump noted some states — including Florida — are already taking action.

“Governor Ron DeSantis of Florida, and in Texas, and in other states are doing this,” he said.

“If they do what they’re doing, Florida — and that legislation will pass — and Texas and others will have tremendous power to do what’s right and what’s fair,” the former president said.

The governor suggested fines of $100,000 per day for de-platforming political candidates, as well as daily fines for any company “that uses their content and user-related algorithms to suppress or prioritize the access of any content related to a political candidate or cause on the ballot.”

DeSantis also called for allowing people to opt-out of content algorithms, requiring notification about changes in terms of service and providing the right of citizens to take legal action if these conditions are violated.

DeSantis announced that under his policy, the Florida AG would be empowered to bring cases against tech companies under the Unfair and Deceptive Practices Act.