‘That was me’ with beer in pickup truck video 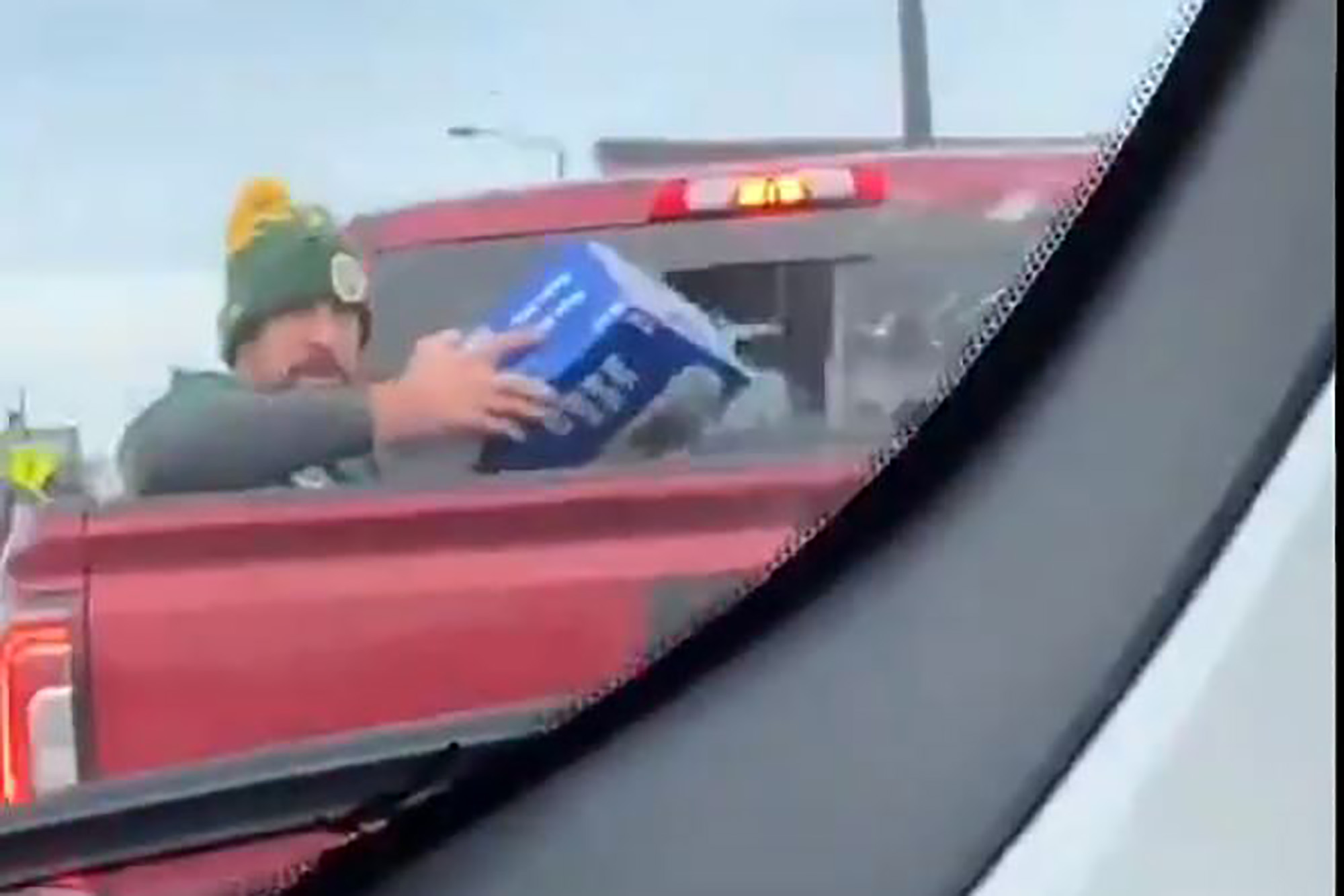 Aaron Rodgers made sure Bud Light really is the official beer of the NFL.

The future Hall of Fame quarterback of the Green Bay Packers confirmed it was him hanging out in the back of a pickup truck holding up a case of beer in a video that went viral on social media.

“Ya that was me,” Rodgers wrote on Twitter, with the flexing arm and laughing face emojis. “Listen to @OfficialAJHawk and it was @DavidBakhtiari’s truck and soggy beer cases. How ya doin keep it movin @PatMcAfeeShow”

The Packers lost last week to the Tampa Bay Buccaneers in the NFC Championship game. It was the fourth time in his career as a starter that Rodgers has fallen one win short of reaching the Super Bowl.

It is unknown when the video was filmed, but there is speculation the route was on the drive from the local practice fields back to the stadium.

“He’s riding back to Lambeau [Field] from practice. That’s the little drive you have to make in your pads if you just have in the back of somebody’s truck,” former teammate A.J. Hawk said during co-host duties on “The Pat McAfee Show.”

Hawk played linebacker for the Packers from 2006-14. Rodgers is a weekly in-season guest on the radio program.