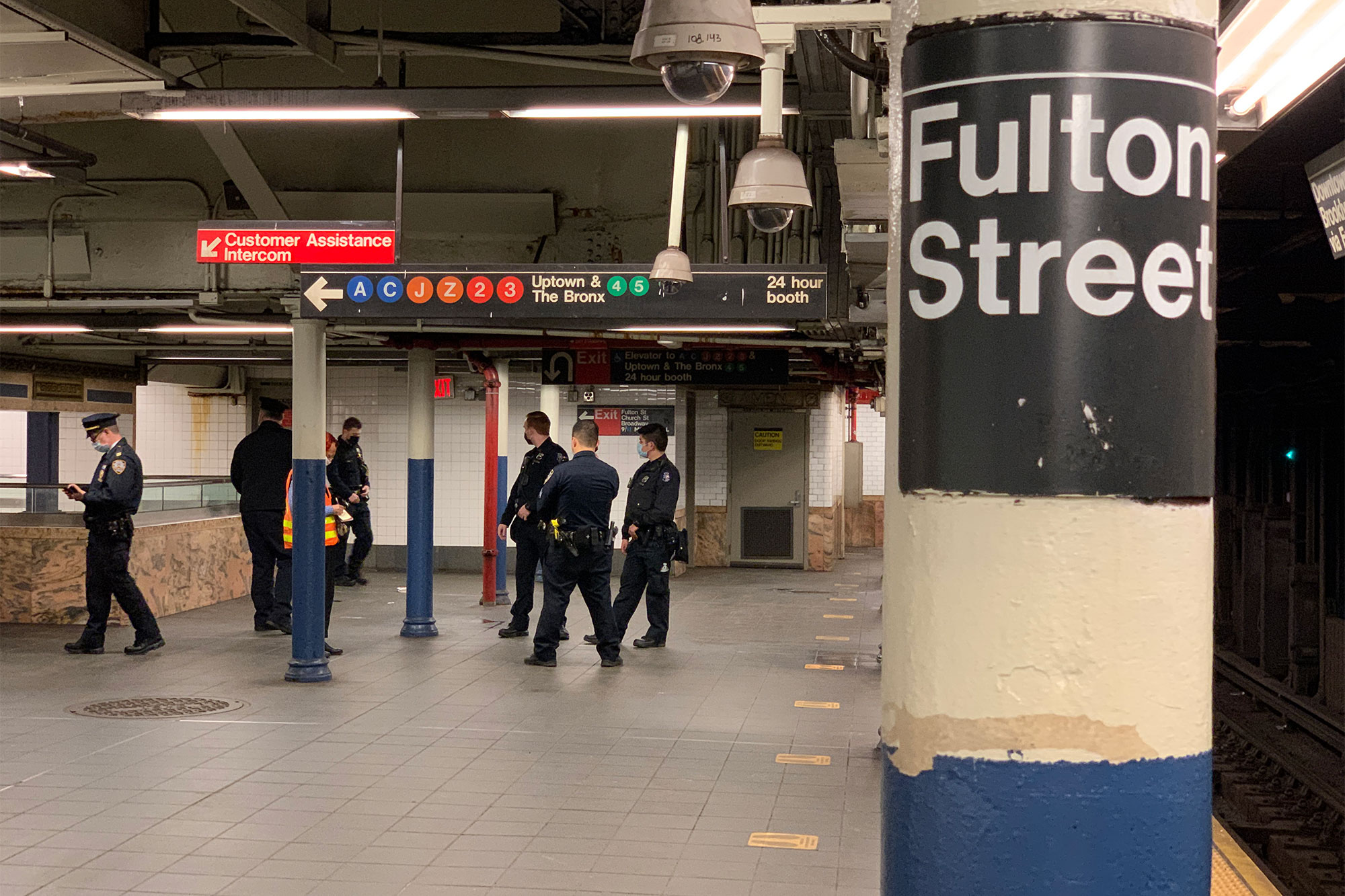 A subway train collided with a shopping cart on the tracks at Fulton Street Station in Manhattan Monday, leading to a fire and temporarily knocking out rush hour A and C train service between Brooklyn and Manhattan.

The C train’s passengers had to be evacuated as the smoky fire spread, MTA spokesman Andrei Berman told The Post, and police were seen trying to pry one car’s doors open to get people out.

“Love 2 get to Fulton Street with a C train half inside the station with smoke at the other end of the platform while cops try to pry open one of the train doors while yelling for everyone else to get off the platform,” one witness said on Twitter.

There were no injuries and both A and C trains were rerouted to the F line, the MTA said.

“A/C service is temporarily suspended in both directions between Manhattan and Brooklyn after a train struck a shopping cart on the tracks at Fulton St,” agency officials posted on Twitter.

“A/C trains are stopping along the F line between Jay St-MetroTech and W 4 St-Wash Sq in both directions. The last stop on some southbound A/C trains will be World Trade Center on the E line.”

FDNY was on the scene, the MTA said.