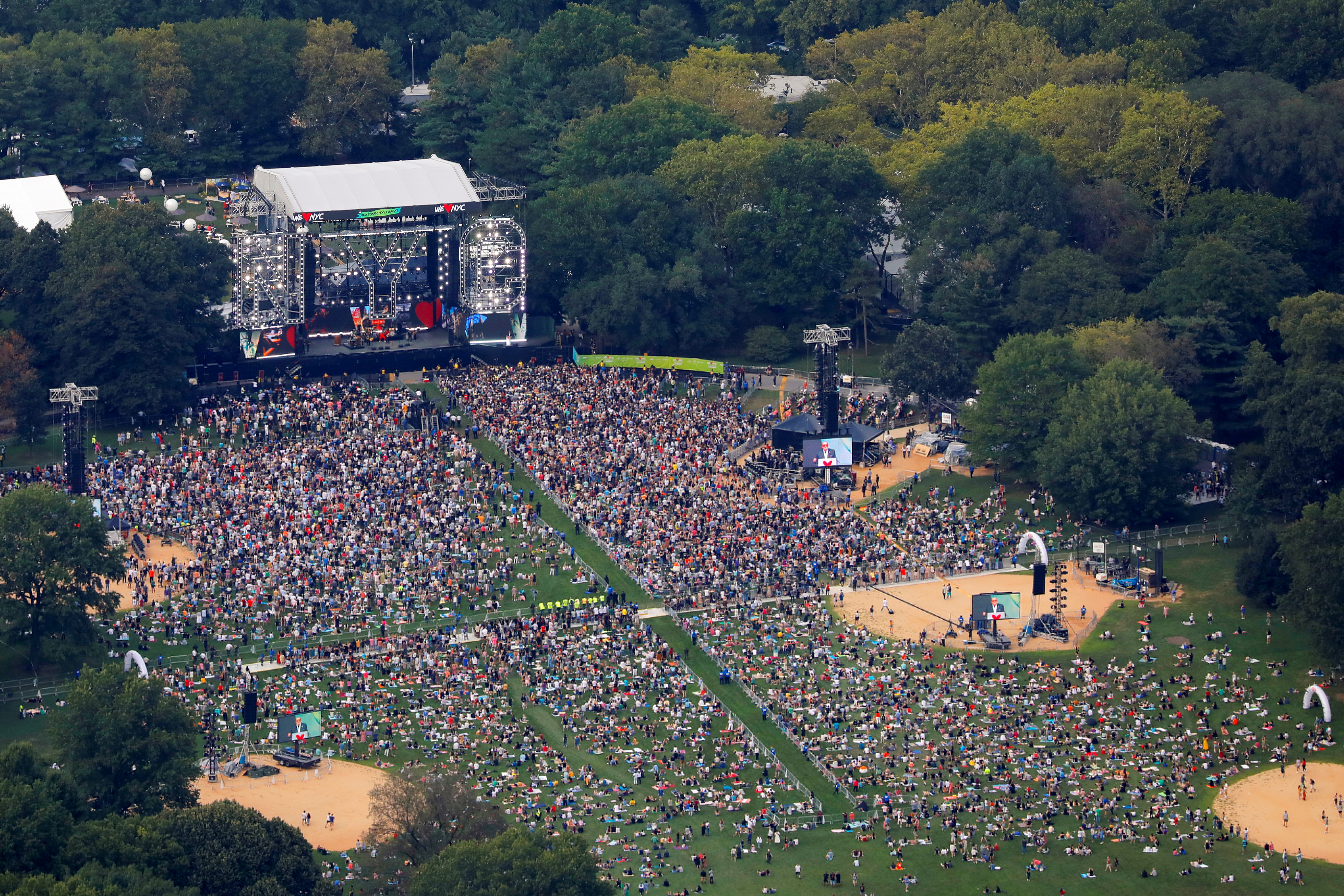 Concertgoers were told at 7:37 p.m. to “proceed to your vehicles and protected areas outside of the event center” as Manilow was singing his 1978 hit “Can’t Smile Without You.”
An announcer could be heard saying that the highly anticipated concert was “canceled.”

Moments earlier, Mayor Bill de Blasio expressed optimism that the show would go on.“We need everyone for a brief period of time to move to some place safe because of thunder and lightning, and then we will bring the concert back,” he said at the mic.

Hurricane Henri, a Category 1 storm, is expected to touch down east of New York City on Sunday.

Manilow made it through “Copacabana” and “Mandy” before he was cut off.
Disappointed music fans said the show could have gone on.

“It’s very disappointing. I didn’t even get to see the Killers — that’s the main reason why I came.” said Shinice Hemmings. “The concert was going so well and it was so good.”

Others were furious the show hadn’t been called off earlier.

“We just got in so we’re triggered. We just got in and they’re like ‘Evacuate,’ Brandee McDermott, 26, Bay Ridge, said. “You’re deploying the national Guard yet you’re having a concert? They see the storm coming and they do nothing about it. They pretend it’s not happening.”

“We literally waited three hours and just got in now,” said Alex Maxwell, 22, of Midtown.

“This might be a metaphor … because we think the pandemic is done and then we get in here and it’s literally a storm and it’s like that’s what’s coming for us with the pandemic,” she said, referencing the Delta variant.