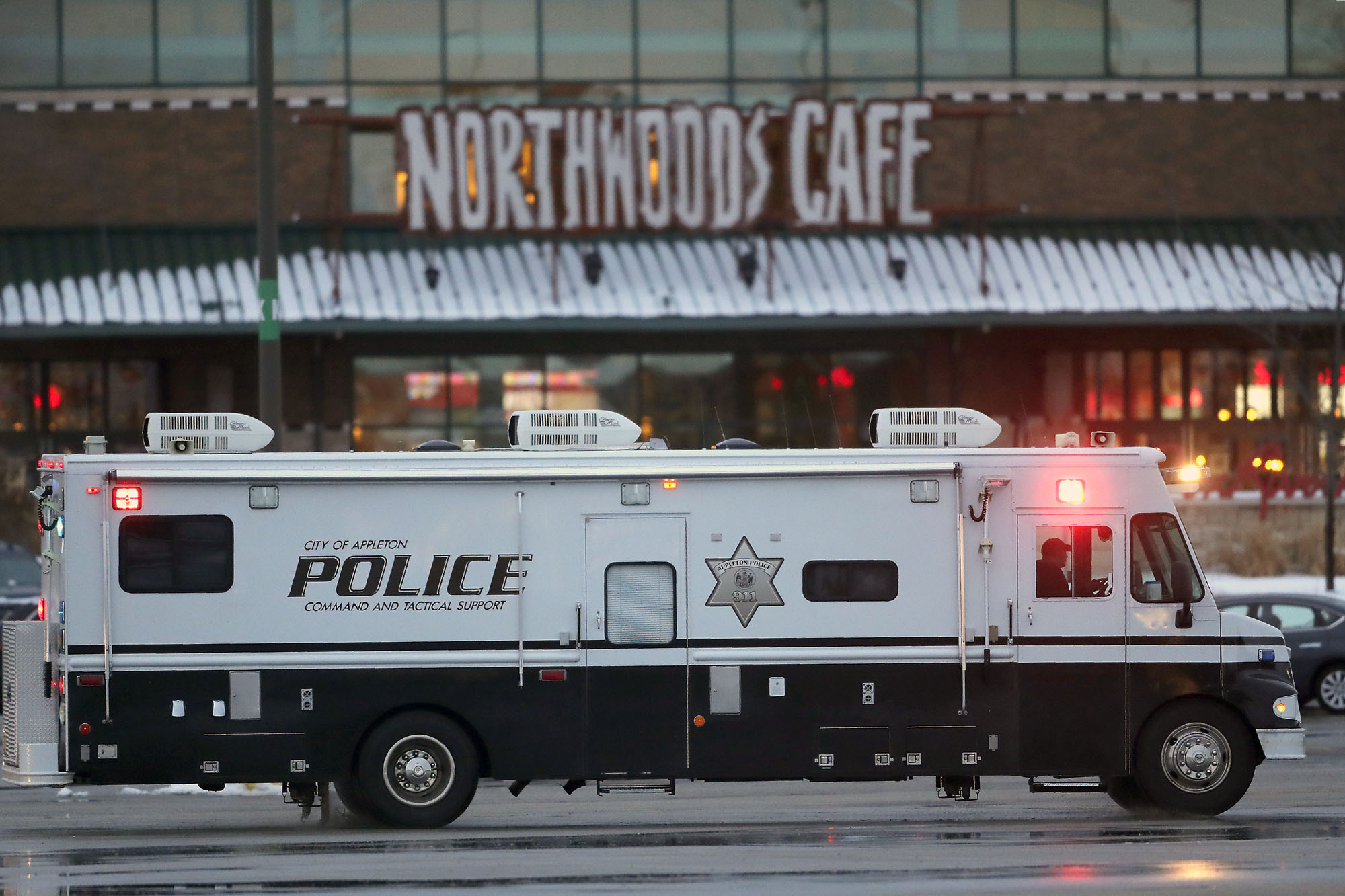 Two people were wounded in a shooting at a Wisconsin mall on Sunday, police said.

Gunfire rang out at Fox River Mall in Grand Chute at about 3:30 p.m., according to cops.

The suspected shooter fled before police arrived, and was still being sought hours later, police said.

A worker at a mall restaurant called Box Lunch recounted the chaotic scene inside the building in an interview with the Associated Press.

“People just started running,” Haylie Mirr told the news service. “We just locked the doors, and we had four customers in the store, we brought them to our back room.”

Photos from outside the mall show what appear to customers walking out with their hands in the air.

Police in tactical gear could also be seen outside the mall.