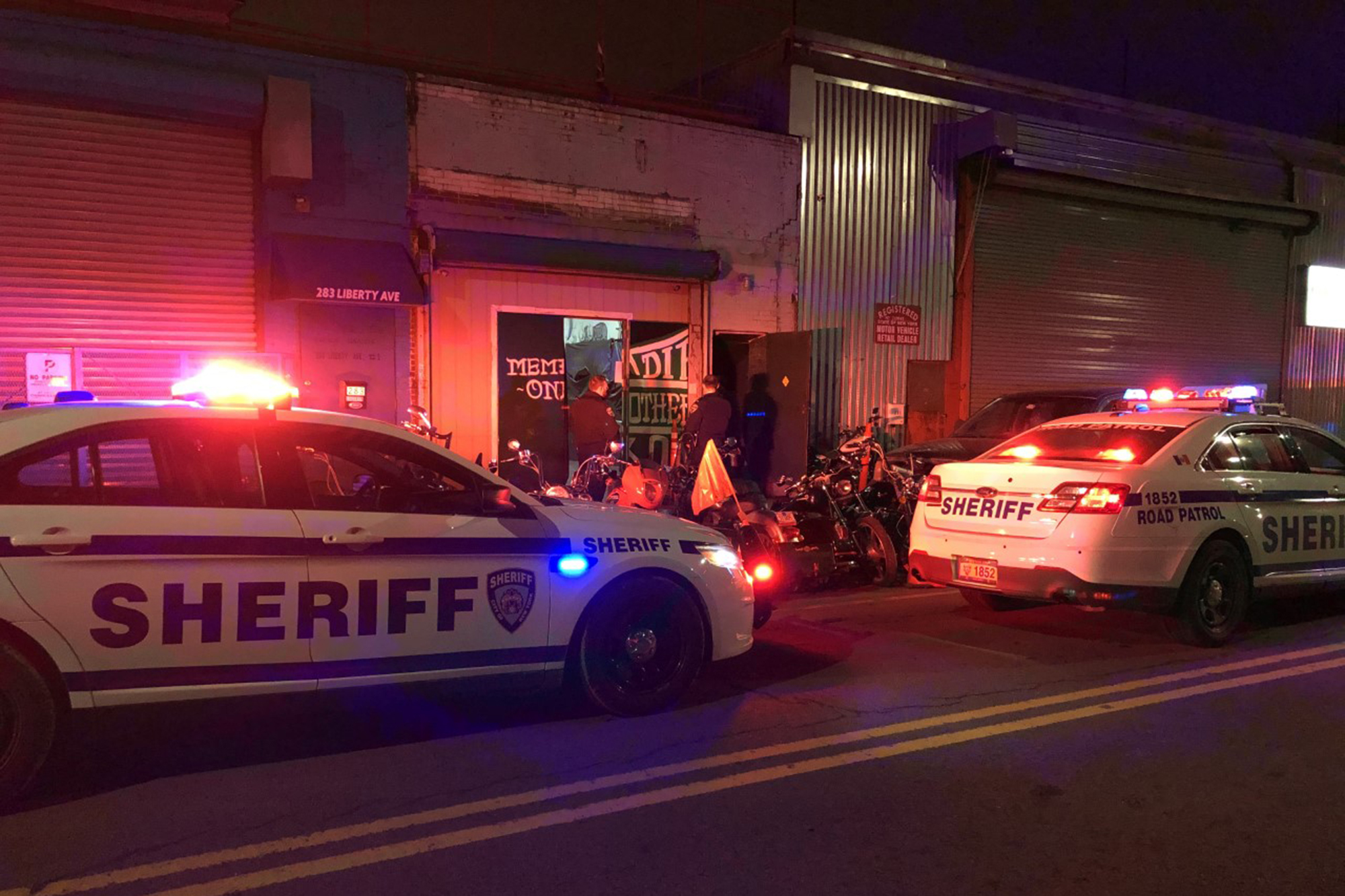 In Brooklyn, about 230 partygoers were discovered at a members-only club at 283 Liberty Ave. in Brownsville shortly before 3:30 a.m. Sunday — with patrons also being served liquor without a license, authorities said.

The manager of the club, Geradino Luis Abdiel, was cited for allegedly violating coronavirus emergency and health-code orders. He also was charged with second-degree weapons possession after deputies said they found him with a knife and brass knuckles.

Two patrons accused of organizing the event, Fernanda Sales and Han Kyung, were also charged over the gathering, including for the alleged failure to protect health and safety.

Less than an hour earlier, at nearby 1764 Pitkin Ave., deputies had broken up a house party where more than 200 people were packed in dancing and drinking.

Authorities said three people were working the party as security guards and a photographer when deputies showed up shortly after 2:45 a.m.

Joseph Jerome was charged with health and code violations, working as an unlicensed security guard and for the alleged state liquor violation of operating an unlicensed bottle club.

Two other people, Daniel Sang and Noel Charles, were arrested and charged with violating the emergency coronavirus order as well as health and safety violations.

A little earlier, around 2 a.m., deputies also raided an unlicensed bar at 50-00 Grand Ave. in Maspeth, Queens, where they said about 165 people were packed into a club — which had only one door in and out of the building, a safety-code violation.

Party organizers there were selling booze without a license, too, according to the sheriff’s office.

One man, Jose Lopez, who was working security, was fined $1,000 for allegedly failing to protect health and safety, a city health-code violation.

Trump impeachment trial will be paused on Jewish Sabbath

Accuser says Gov. Cuomo asked her to find him a ‘girlfriend’