Seton Hall blows big lead in loss to No. 17 Creighton 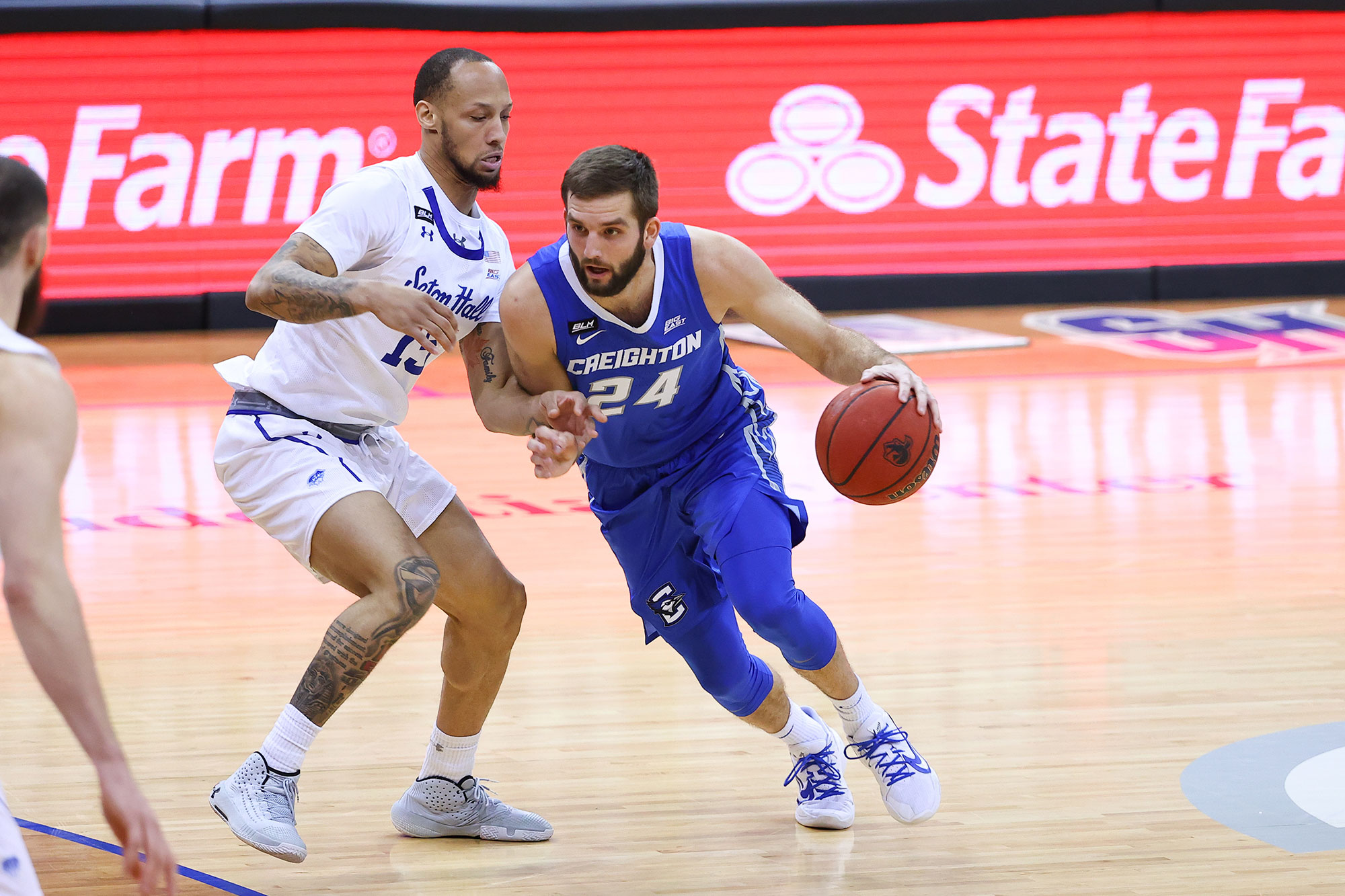 Seton Hall was up 16 points. Just over 10 minutes remained. The game felt over — at least it should’ve been.

But Seton Hall never closed the door, and Crieghton eventually shoved it open. Instead of a statement victory, the Pirates collapsed, blowing a golden opportunity to pad their NCAA Tournament résumé in an 85-81 loss to the No. 17 Bluejays at Prudential Center.

Creighton closed on a 14-2 run and outscored Seton Hall 33-13 over the final 10:38. Mitch Ballock’s seventh and final 3-pointer with 37.8 seconds left proved to be the game-winner. Seton Hall’s Takal Molson, Myles Cale and Shavar Reynolds all had 3-point attempts in the final seconds that were off the mark.

“Elite teams don’t let that happen,” said Cale, who scored 20 points, but just two in the second half.

Seton Hall (9-7, 6-4) hasn’t been able to beat elite teams — 0-3 against the Big East’s two best teams, Villanova and Creighton. The Pirates are still searching for a signature win and fell to fourth place in the Big East.

After scoring a season-high 21 points, Bryce Aiken was a non-factor down the stretch, spending most of the final minutes on the bench due to a minutes restriction in just his second game back from an ankle injury. Star senior Sandro Mamukelashvili didn’t get a chance to tie it — he took only nine shots and was limited to 11 points, his lowest output since Dec. 23.

“They took him away,” coach Kevin Willard said.

Creighton won the game from the 3-point line, hitting 17-of-35 from distance, and making their final three attempts. Ballock was primarily responsible, scoring 26 points after scoring only 11 in his last three games against the Pirates. Marcus Zegarowski hurt the Pirates, too, scoring 18 points.

After Seton Hall exploded for 54 first-half points and hit 19-of-29 from the field, it went cold, managing just 27 points over the final 20 minutes on 33.3 percent shooting. Creighton went to a zone that led to stagnant possessions and poor shots late in the shot clock.

But afterward, Willard’s focus was on the defensive end, where his teams are traditionally stingy. He ripped the Pirates’ performance and faulted himself for not coaching them better on that end, wondering where it ranked nationally defensively after that performance.

“We might not even be Division I right now,” he joked. “What I said to them, pretty much, was we’ve got to figure out how to get stops when the game’s on the line.”

Seton Hall won’t have much time to recover. Third-ranked Villanova comes to Newark on Saturday afternoon. It presents the Pirates with another big opportunity for a résumé-boosting victory, but they will need to defend much better to pull off an upset.

“We lost a tough game to ’Nova [eight day ago], and I thought they responded great,” Willard said. “Now, we lost a tough one and we’ve got to respond again.”

RJ Barrett is finally putting it all together for Knicks