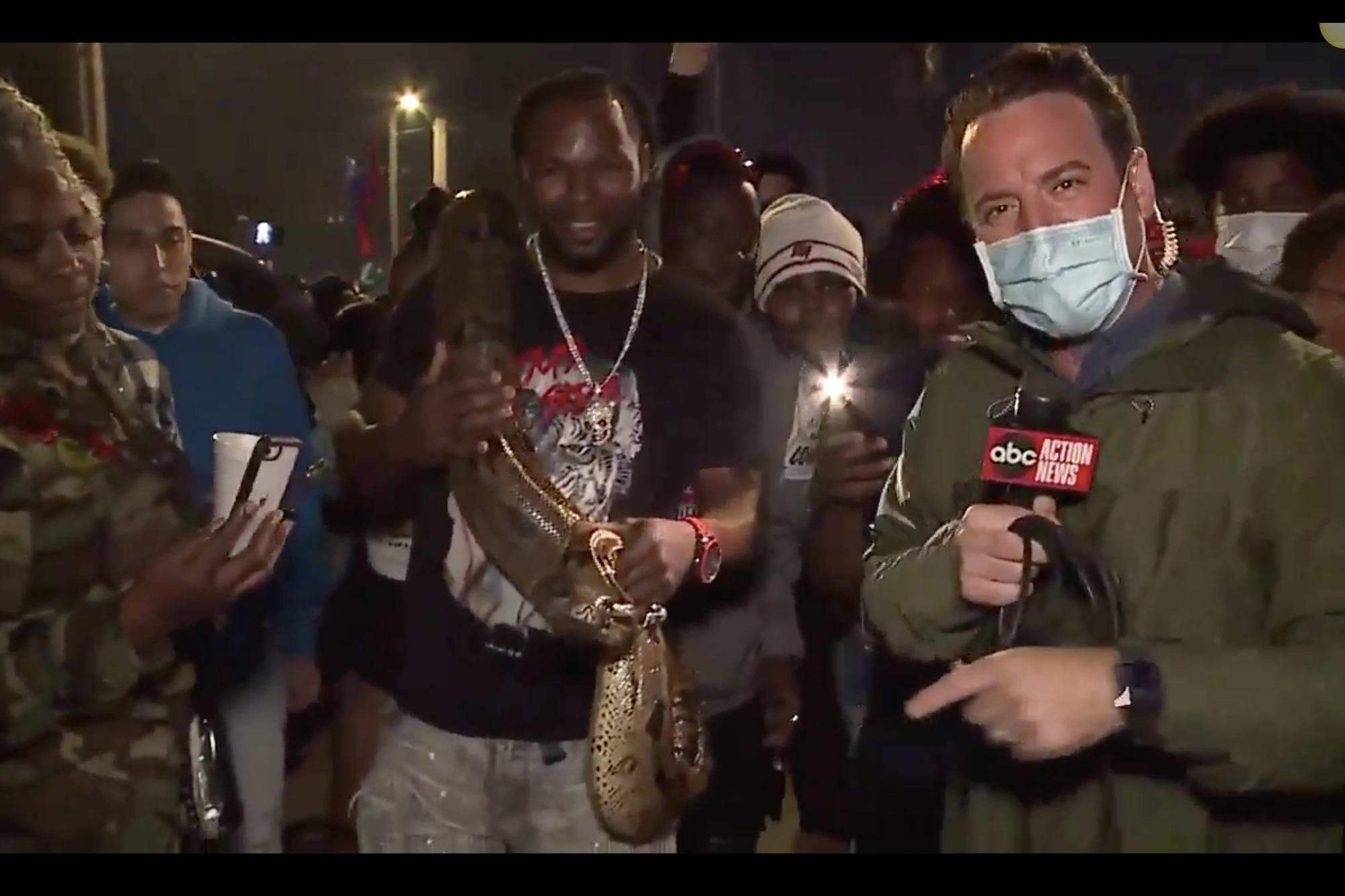 One Chiefs fan channeled his inner “Florida Man” for this wild postgame interview.

The unnamed, unmasked fan spoke to a reporter from ABC Action News shortly after Super Bowl 2021 with “Diamond,” his large boa constrictor, draped around his neck.

“I don’t think he had tickets to the game,” the reporter said. “Let me talk to some of these fans. Not the snake. I’ll avoid the snake. That’s a big snake, man.”

The snake-clad fan then revealed that he was disappointed with the outcome of the game, which elicited jeers and boos from the rest of the crowd.

The raucous scene took place near Raymond James Stadium in Tampa Bay following the Buccaneers’ dominant 31-9 win over the Chiefs. Most partaking in the celebration in the video were not wearing masks, and were in close proximity to each other.