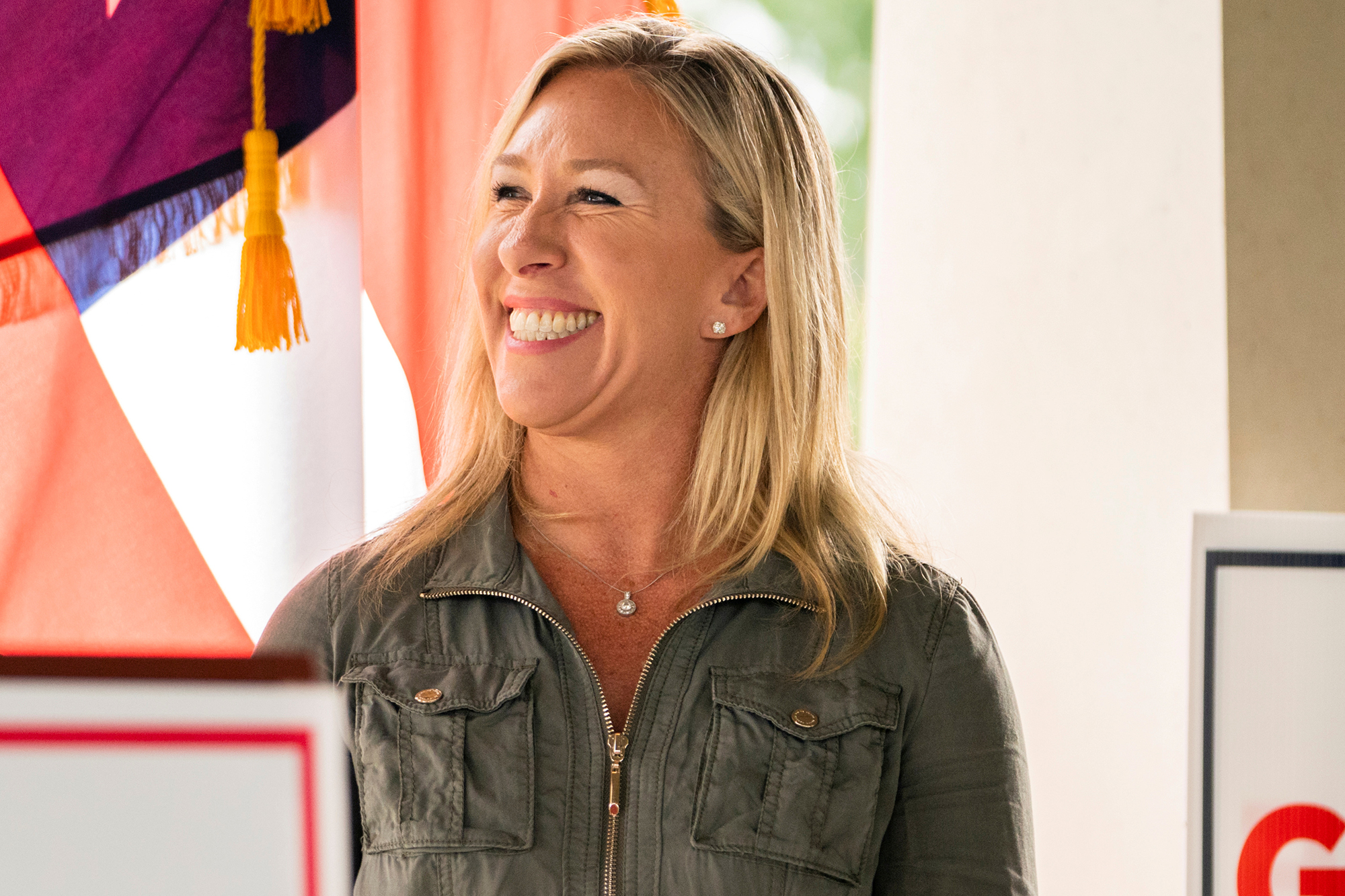 Rep. Adam Kinzinger said Sunday he would vote to remove controversial Republican colleague Rep. Marjorie Taylor Greene from a House committee over her comments backing assassinating Democratic political figures — but wouldn’t say she should be drummed out of Congress.

“I’d certainly vote her off committee. In terms of eviction, I’m not sure because I’m kind of in the middle. I think a district has every right to put who they want there. But we have every right to take a stand and say, ‘You don’t get a committee.’ And we definitely need to do that,” Kinzinger of Illinois said on NBC News’ “Meet the Press.”

Greene, elected in November in a Georgia district, has come under intense criticism following reports that she had liked social media posts about assassinating former President Barack Obama and former Secretary of State Hillary Clinton.

Greene’s past adherence to conspiracy claims embraced by the QAnon movement, including that the mass shootings at Marjory Stoneman Douglas High School in Florida and Sandy Hook Elementary School in Connecticut were staged, have raised a number of questions about her fitness to serve in Congress.

She was assigned a seat on the House Education Committee.

Republican Gov. Asa Hutchinson of Arkansas told ABC News on Sunday that he “would not vote” for her, but wouldn’t go as far as to say she should be punished for her beliefs.

“I would not vote for her. The second question is, should the House of Representatives make a disciplinary call on her?​” he said on “This Week.”” ​I’m not going to get in the middle of that. They’re going to have to make that judgment.”

Democratic Rep. Jimmy Gomez of California has called her to be expelled from the House for her comments, and plans to introduce a resolution to that effect.

Rep. Kevin McCarthy, the Republican leader in the House, has said he will have a discussion with Greene, but hasn’t said he would support an effort to oust her.

Greene, who was hit with a temporary Twitter ban earlier this month over her comments, on Saturday touted a phone call of support from former President Donald Trump.

“I had a GREAT call with my all time favorite POTUS, President Trump!” she tweeted. “I’m so grateful for his support…he is 100% loyal to the people and America First.”

Biden says he plans to visit Texas amid power crisis