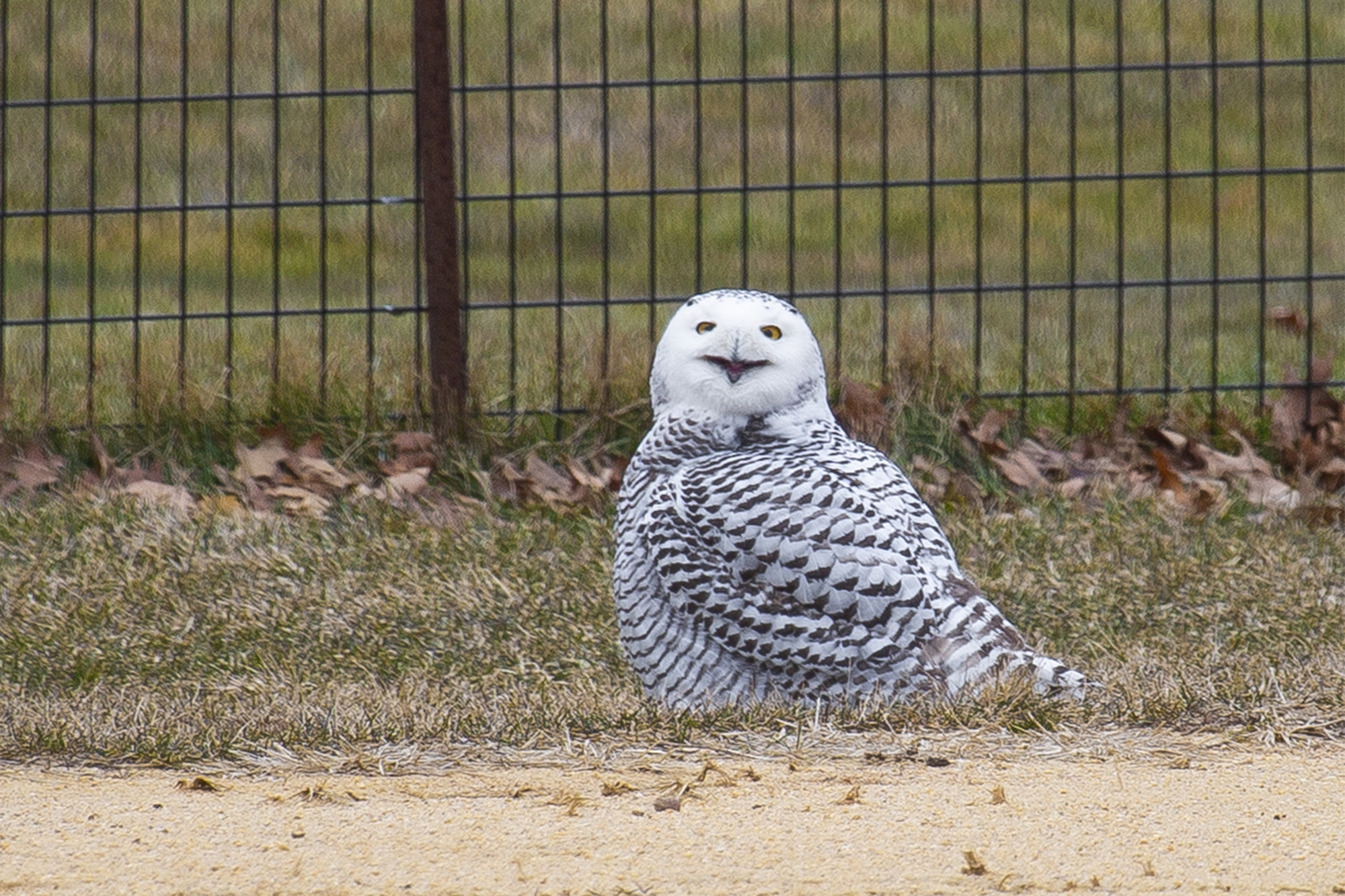 It was a free for owl.

New Yorkers flocked to Central Park on Wednesday to catch a glimpse of a rare snowy owl that’s become the “hoot” new attraction at the green space.

“It’s quite the event,” Rita McMahon, of the Wild Bird Fund, told The Post about the sighting.

Birder David Barrett, who documented the owl’s visit on his Twitter account Manhattan Bird Alert, said the event was “a mega-rarity for Central Park.”

In fact, Paul Sweet, an ornithologist at the American Museum of Natural History, tweeted that the last recorded sighting for the species there that he could find was in December 1890.

Natives of the Arctic tundra, the predators are known to migrate south for the winter — though they usually prefer flatlands that resemble their homes to the big smoke.

“We are their Florida,” McMahon explained.

“Generally, you’ll find them at airports or out at Jones Beach where there are expanses of sand or flat area, where they can see their prey.”

Park rangers were on hand to help manage the crowd of bird lovers and make sure they kept a respectful distance from the owl, according to Barrett.

One of the largest species of owls, the striking white birds are expert hunters with powerful talons who prefer small mammals as prey — and may even go for rats or squirrels.

“If a dog were to go for him, the dog might not win,” McMahon noted.

The bird expert said she hoped people would keep their distance from the park’s new feathery star, whose species is in decline.

“Why harass this animal?” she said. “He’s so rare and wonderful and visible from a distance.”

The snowy owl is just the latest bird to draw crowds in Central Park. A rare barred owl made a stir when it stopped for a visit in November, not to mention the striking Mandarin duck that showed up in 2018.

MLB will delay Triple-A season by a month