Sections of Queens were plunged underwater overnight when the remnants of Hurricane Ida tore through the Big Apple and flooded basements across the borough, killing at least 10 adults and one child when the waters consumed their homes.

“They were trapped,” said Deborah Torres, 38, of her neighbors — little Lobsang Lama, 2, and his parents, mom Mingma Sherpa, 48, and dad, Ang Gelu Lama, 50 — who all drowned in their basement apartment overnight. 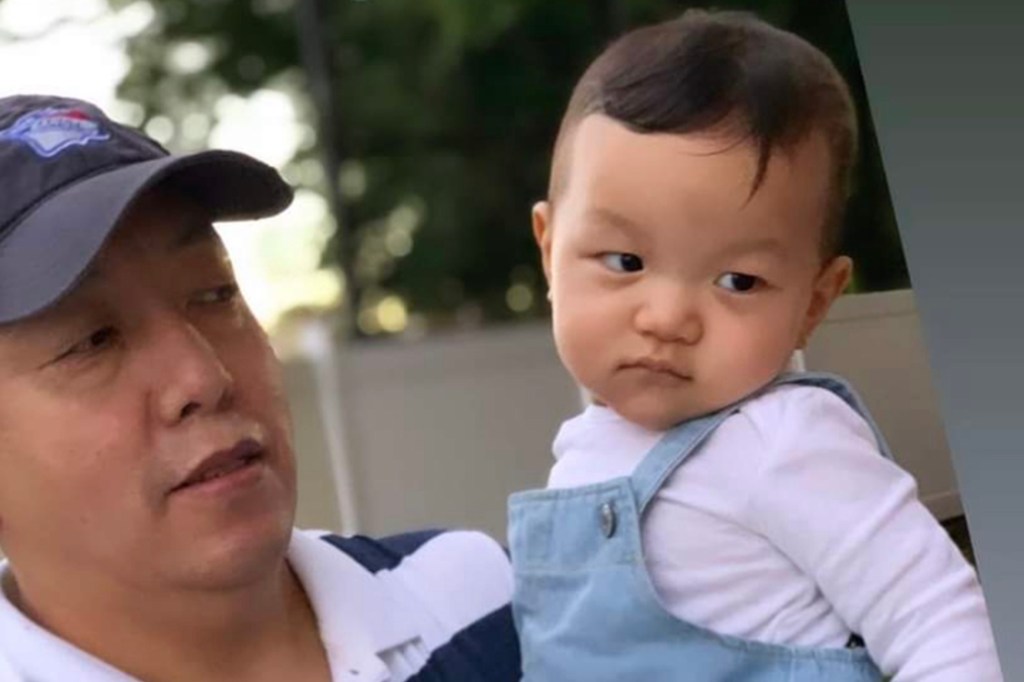 “It was impossible to get out because the water was already up to my knees and I’m on the second floor so can you imagine [the basement]?” Torres said as she surveyed her own home’s damage.

“It was like a pool with stairs,” she said.

When the waters started flooding the Nepalese family’s home, they called the landlord for help. But within minutes, they were inundated, Torres said. 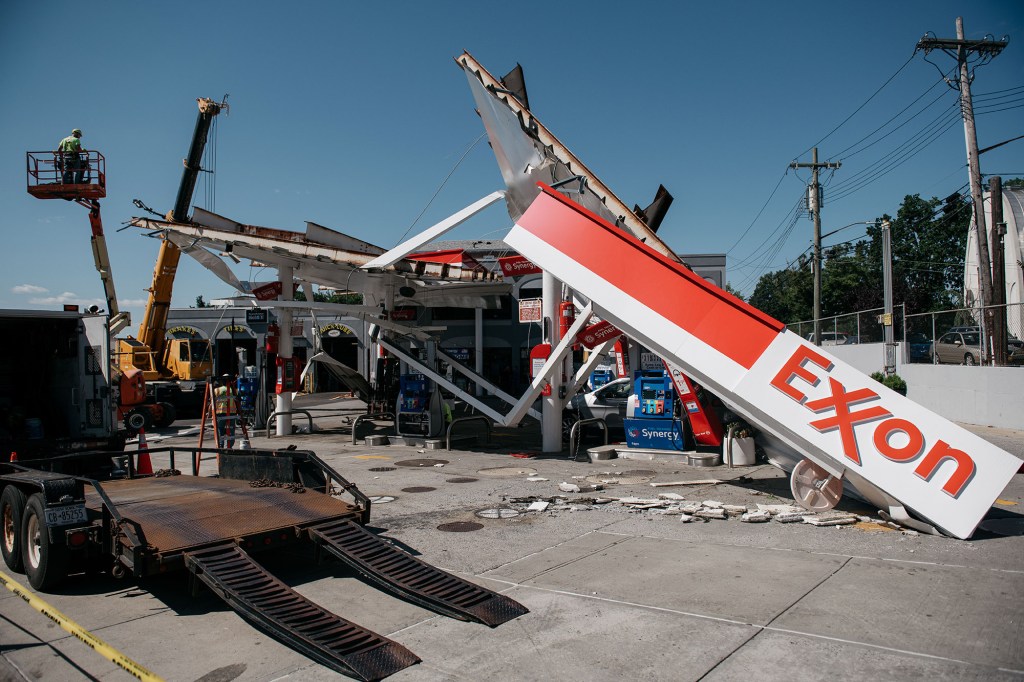 A gas station in the Whitestone neighborhood of Queens was heavily damaged after a night of extremely heavy rain and wind.Getty Images 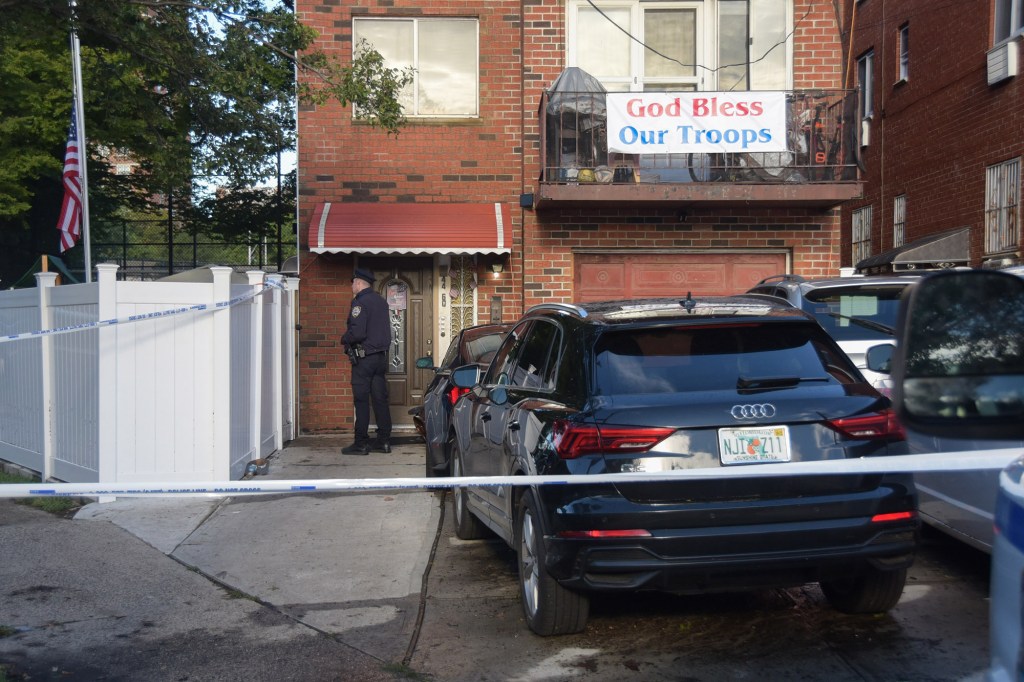 Police at the scene where little Lobsang Lama and his parents drowned in Queens..Seth Gottfried

“The owner said, ‘Get out from the basement, get out, get out.’ A few minutes later they called again but they didn’t pick up,” Torres recalled.

Their bodies were later found by divers at about 3:30 a.m., police said.

“I come to see the baby, baby die, all of them,” said Lobsang’s teacher, Martha Suarez, who showed up at the Flushing apartment Thursday afternoon for a scheduled home school session that wasn’t cancelled and sobbed as she realized her pupil was dead.

In Jamaica, a family of four was torn apart when flood waters crashed through their basement apartment, sealing Phamatee Ramskriet, 43, and her 22-year-old son Khrishah Ramskriet inside.

“As I see the water raising I go back, I tell them, ‘You guys gotta be careful, you guys gotta move,’” the family’s landlord Ragendra Shivprasad told The Post.

“You guys gotta get out from there. The water is raising,” he recalled telling them — but it was too late. 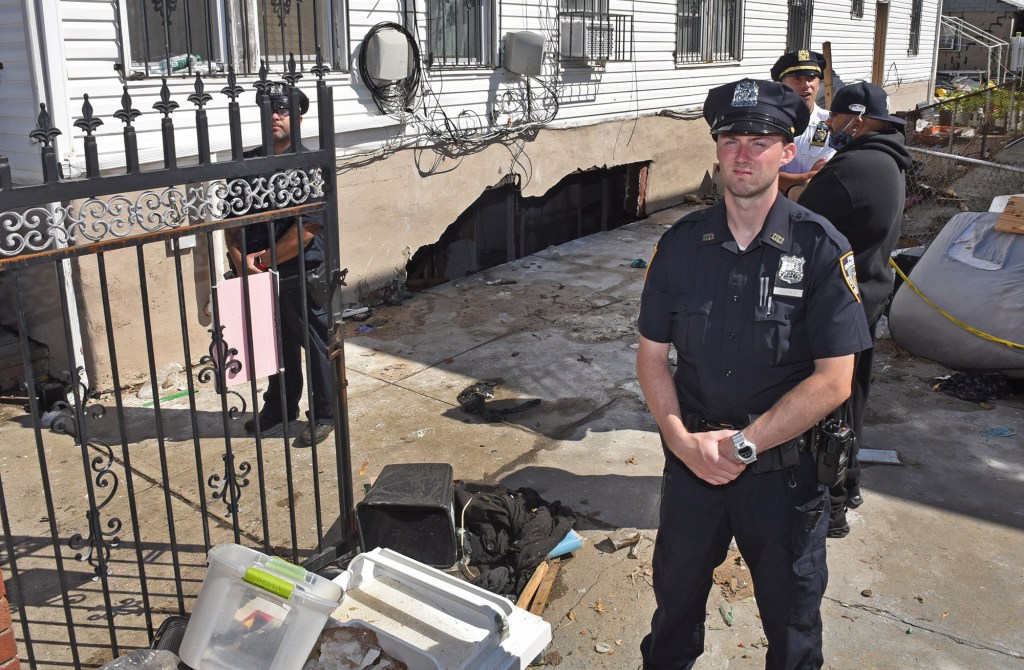 A hole in the foundation leading to a basement apartment caused two people to die from flooding last evening.Gregory P. Mango

As the family was desperately unplugging electronics and trying to pack a bag, the flood waters suddenly knocked down a wall and surged through the apartment, sucking Phamatee and Khrishah inside.

“When I go there, I see the husband and one son. So where’s the wife, where’s the son? They down there,” Shivprasad recounted. 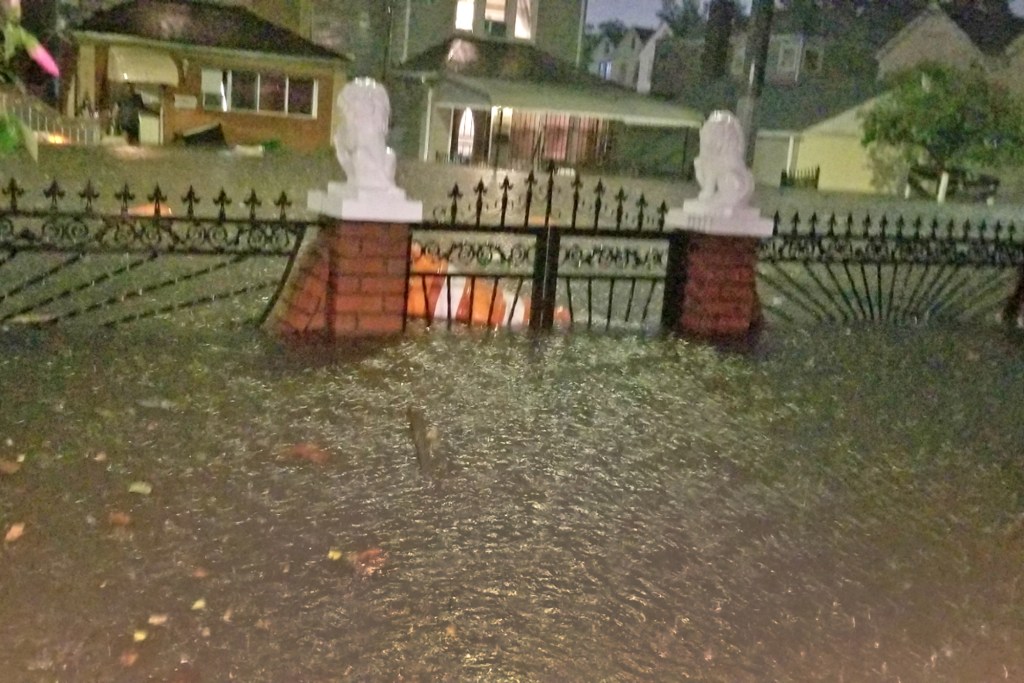 “I speak to them everyday… [I’m] more than devastated. I’m ready to cry again.”

Across the street, Deepa Biswas was seen wailing in the middle of the still-damp road as she mourned the loss of her neighbors and the destruction of her newly purchased home.

“My everything… my money, my gold, everything. My house. Paper… It’s everything,” she weeped.

“I’ve lost everything… What do I do now?” she shouted as a neighbor tried to console her.

Neighbors close to the Ramskriet’s on 183rd Street said the city has spent the last two years working on the sewer system to reduce flooding but the construction has done little to alleviate the issue.

“Every time we have a heavy rain, we have flooding. And they’ve been doing a construction job here for two years and it’s done nothing,” Too Indaranuath, 79, said outside of his home.

“No progress, everything is the same. When you have a heavy rain the same thing. Now this is the first time we heard that people died,” he continued.

“It’s hard to hear,” he said. “No sickness or nothing at all, just to die in the water like that.”

Freddy Navarro, 42, has lived in the same home on the block for the last 37 years and said flooding has always been an issue in the area but even amid the ongoing construction project, he’s never seen the sewers fail so terribly.

“We definitely feel like this is an infrastructure city issue. Pipes are old. The work that’s being done, what happened? Why is it worse than ever when they’re supposed to be fixing it?” Navarro questioned.