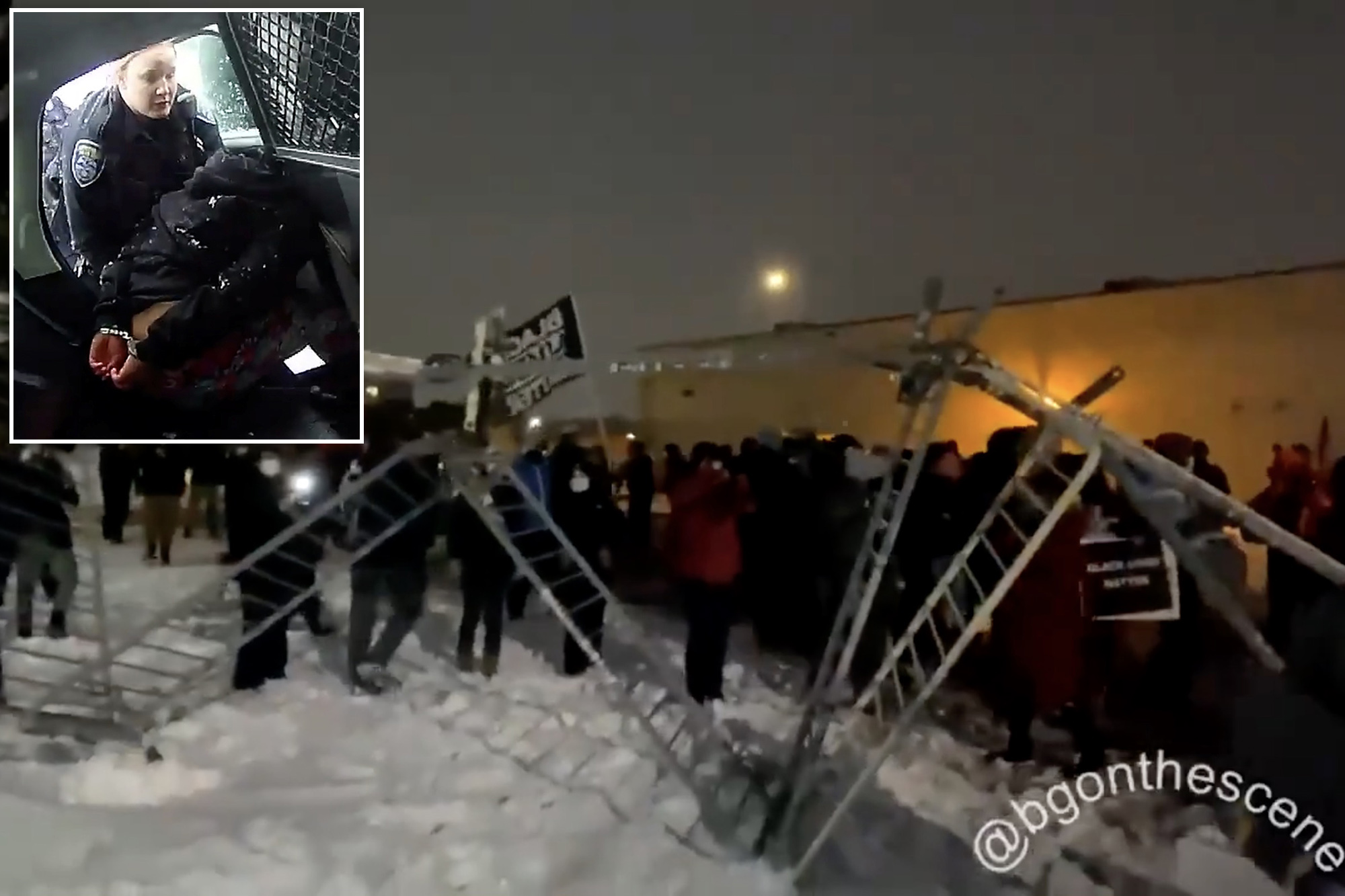 Protesters ripped away barricades protecting a Rochester police precinct as hundreds took to the streets in outrage at cops pepper-spraying a 9-year-old girl.

The rally descended on the upstate New York force’s Clinton Section precinct after at least 200 marched through the city late Monday, the Democrat and Chronicle said.

“RPD, look what you did — you just maced a little kid,” many chanted, according to a video from the protest.

A group then lifted up and moved away a chain of barricades left to keep the march a safe distance — with other footage showing several protesters violently shaking the substation’s main gate once through the barricades.

The crowd chanted “black lives matter” as well as “say his name, Daniel Prude,” referring to the black man who died last year after a mesh bag was put over his head while he had a mental health episode.

They then yelled abuse as officers brought out a loudspeaker warning the crowd to disperse, which it did soon afterward, the local paper said. There were no reports of violence or arrests.

Monday’s march came hours after it was announced that the officers involved in pepper-spraying the youngster have been suspended with pay. State prosecutors also announced they are looking into the incident.

“What happened Friday was simply horrible, and has rightly outraged all of our community,” Rochester Mayor Lovely Warren said of the confrontation as cops responded to a family dispute.

Bodycam footage released Sunday shows the girl growing increasingly upset while cops try to put her in a police car, screaming, “I want my dad.”

“Just spray her at this point,” one cop finally says as she is left sobbing about the pain in her eyes afterward.

The city’s police union came to the officers’ defense, saying they were confronted with a difficult situation.