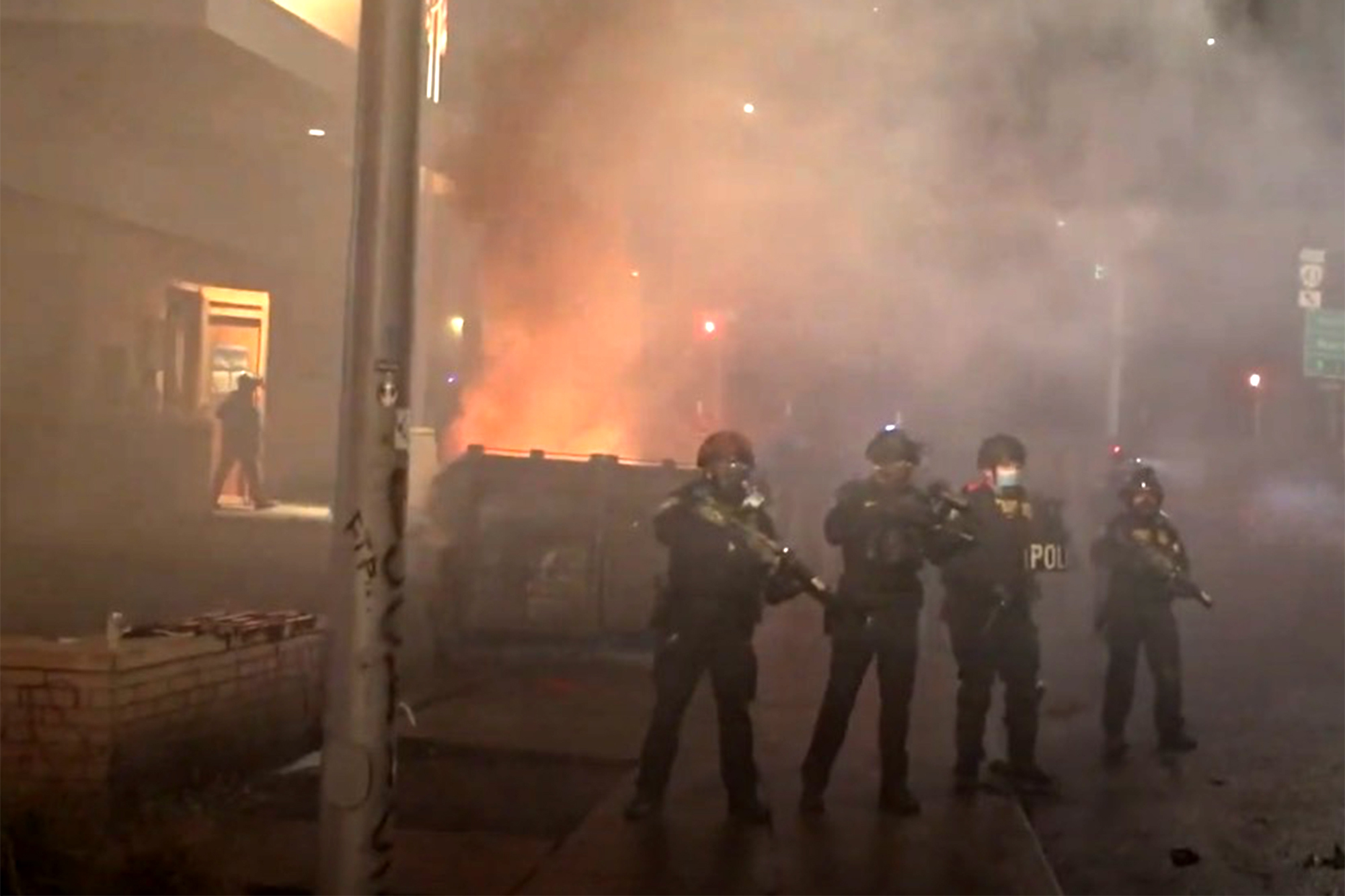 A throng of violent protesters set a dumpster alight and hurled rocks at federal agents outside an Immigration and Customs Enforcement building in Portland, Ore. according to police and video of the chaotic scene.

Footage of the unrest shows a dumpster ablaze outside a boarded-up ICE building, where a team of Federal Protective Service agents in riot gear responded at about 10:30 p.m. Wednesday after it was pushed in front of the building, police said.

Federal officers responded with tear gas and pepper-ball rounds as police advanced on the demonstrators, the footage shows.

At one point, a large explosion occurs near the dumpster, apparently caused by fireworks.

“We showed up to create a safe space for the fire department to come in and put out the fire,” Newhard said. “After that, we left the area and [FPS] went outside again and started taking on projectiles.”

The protesters, who are not seen in the footage, were throwing rocks at the federal agents, Newhard said.

No injuries were reported to cops, but one person was arrested at the scene. Karl Nilsson, 20, was charged with attempted assault on a public safety officer, disorderly conduct and riot, Newhard said.

It’s unclear how many people were at the protest, which appeared to be planned in advance, according to Newhard, who would not identify which group organized the demonstration.

The incident marks the latest clash between protesters and federal authorities in Portland, where demonstrators called for an end to deportations on Saturday.