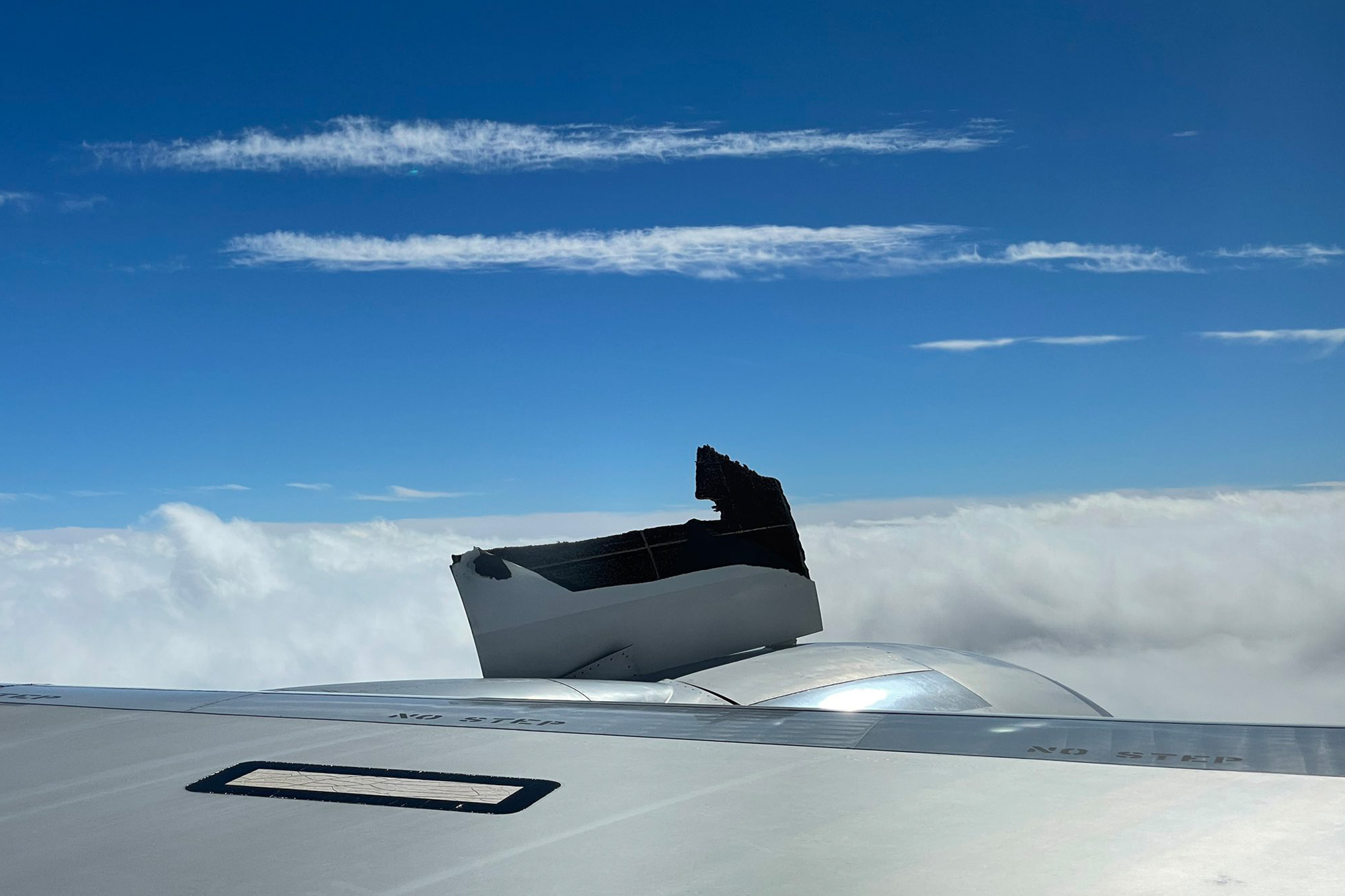 Days after the engine of a United Airlines Boeing 777 caught fire and rained debris in Colorado, a Japanese man has shared video of his frightening experience aboard a similar plane in December.

“I was panicking in my head, thinking about how I was maybe going to die,” Naru Kurokawa, 40, told Reuters about the incident involving a Japan Airlines Boeing 777, which was forced to make an emergency landing about 40 minutes after take-off.

“I thought I would go insane if I accepted the thought of death, so I focused on taking videos of the situation,” Kurokawa said of the Dec. 4 flight to Tokyo that was forced to return to Okinawa after the malfunction in the left engine.

On Saturday, the United plane suffered an engine fire, scattering debris over suburban Denver and prompting Boeing to urge airlines to suspend flights of 777s that use the same Pratt & Whitney PW4000 engines.

Japan’s transport ministry ordered JAL and ANA Holdings the following day to suspend use of 777s with the same engine while it considered whether to take additional measures.

“Watching videos of the United Airlines flight and engines in flames brought back the fear I experienced,” Kurokawa, a web director and musician from Okinawa, told Reuters.

He had been shooting video from his seat next to the window when he heard a loud ripping noise followed by a huge shake.

Minako Kuroshima, an employee of the Okinawa Times newspaper who also was on the flight, wrote later that the pilot announced that the plane was flying with only the right engine.

No injuries were reported among the 178 passengers and 11 crew members.

The Japanese Transport Safety Board said on Dec. 28 that two of the left engine’s fan blades were found damaged — one from fatigue fracture. Damage also was discovered in other parts of the plane, including the engine cowling and fuselage.

A safety board spokesman said Monday that the investigation into the JAL incident was ongoing.

Robert Sumwalt, chairman of the National Transportation Safety Board, on Monday said a preliminary assessment has revealed that damage to a fan blade in the United Airline Boeing 777-200’s failed engine is consistent with metal fatigue.

Manny Pacquiao to racists attacking Asians: ‘Fight me instead’