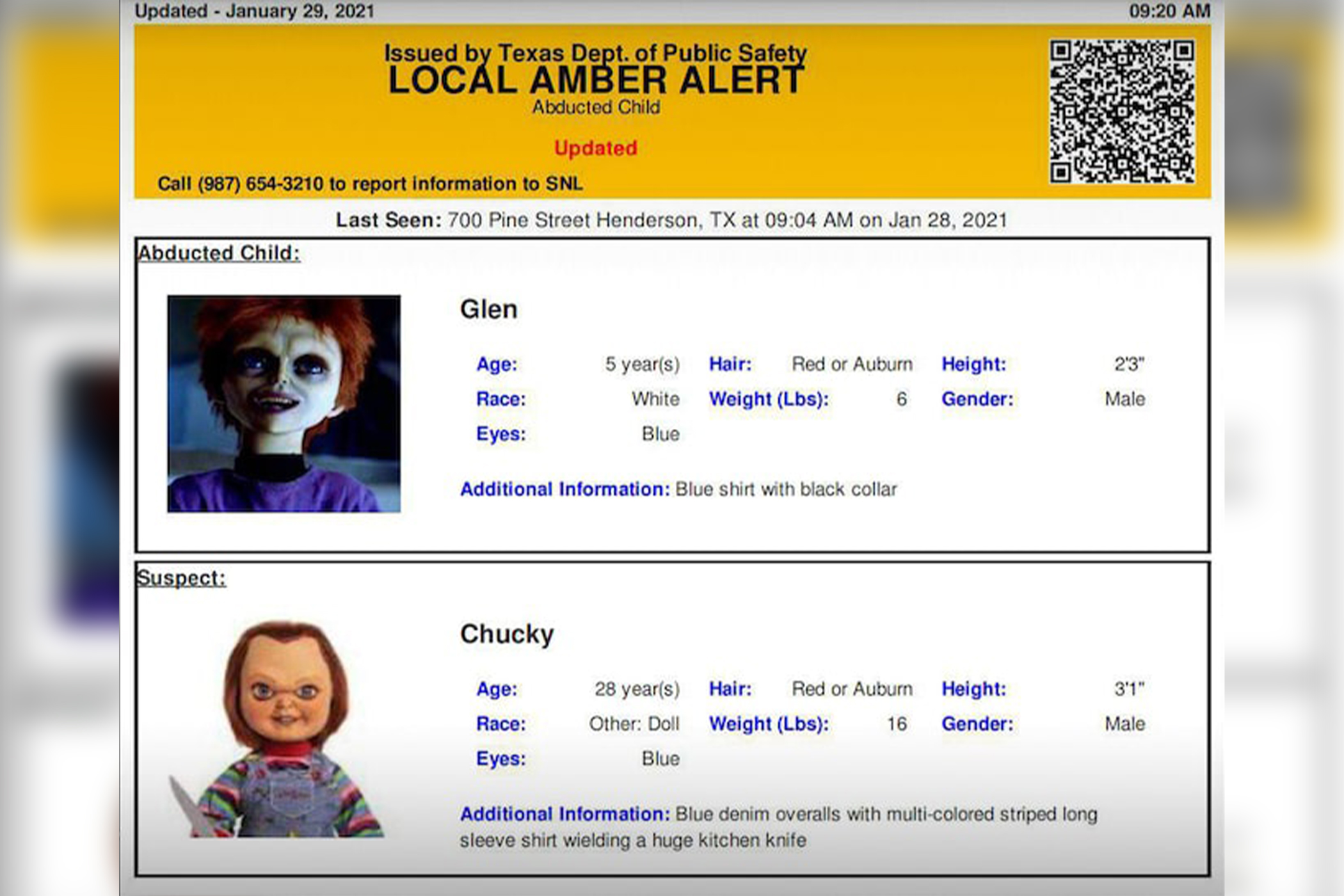 He did say he always comes back!

Texas officials were left red-faced when the Texas Department of Safety accidentally sent out an Amber Alert claiming that “Child’s Play” puppet Chucky had abducted his son, Glen Ray (featured in “Seed of Chucky”)  and was on the run while wielding a huge kitchen knife.

According to the Alert, captured by TMZ, “the abducted Glen, 5, weighing 5 pounds and standing at 2-foot-3, was last seen in Henderson, Texas, and the suspect, Chucky, 28, was in his classic blue denim overalls and striped shirt.

“This alert is a result of a test malfunction,” the Texas DPS told TMZ. “We apologize for the confusion this may have caused and are diligently working to ensure this does not happen again.”

Tom Thibodeau could be eyeing Knicks reunion with Zach LaVine