The convicted murderer who sexually assaulted a Bronx nurse and bludgeoned her to death some 40 years ago is up for parole in September — but the victim’s family is fighting his potential release, saying it “would be a sin.”

“It’s [been] 39 years and every day is a nightmare,” Phyllis Meliota, 87, said of her daughter Barbara Meliota’s murder at the hands of maintenance worker Anthony Doyle in 1982.

“You can never forgive somebody that does an evil thing like that.”

On a spring morning that May, 24-year-old Barbara had arrived for her 7 a.m. shift at Montefiore Hospital early so she could bring her dad a coffee as he awaited surgery for a slipped disk in the same infirmary.

Except Barbara never arrived to meet her dad or to start her shift because Doyle found her first in the hospital’s garage where he toiled as a maintenance worker.

“What he did to my daughter shouldn’t happen to anybody. It’s horrible, just a horrible thing,” Barbara’s mother Phyllis told The Post by phone.

Doyle, a then 22-year-old from the Bronx, had already been convicted on a past robbery charge and was either free on parole or probation when he decided to attack Barbara on the sixth-floor stairwell of the hospital’s garage, the New York Times reported at the time.

The convict bludgeoned her with the foot-long metal nozzle of a fire hose, dragged her to a dank, windowless storage area one floor below to sexually assault her on a soiled mattress and then callously shoved her battered body down an airshaft, investigators previously said.

Later that day, detectives found Barbara’s body partially submerged in dirty rainwater that had collected at the bottom of the airshaft. Her once neat nurse’s uniform was disheveled and her face was shrouded in a plastic bag — her stockings, undergarments and shoes stuffed in a nearby dumpster.

A preliminary autopsy revealed Barbara died from head trauma and a fractured spine that she suffered during her tumble down the airshaft.

Doyle quickly made a “full confession on videotape,” The Times reported in 1982, citing prosecutors.

“She was only 24 years old, she would have met the right guy, got married and had a family,” Phyllis said. “She was beautiful inside and outside … Her dream was to be a nurse and she made it, and she worked at Montefiore and she was a good nurse and then this animal came into her life. He took her life.”

Doyle has been locked away upstate since April 1983, most recently serving time at the Great Meadows Correctional Facility in Comstock, records show. 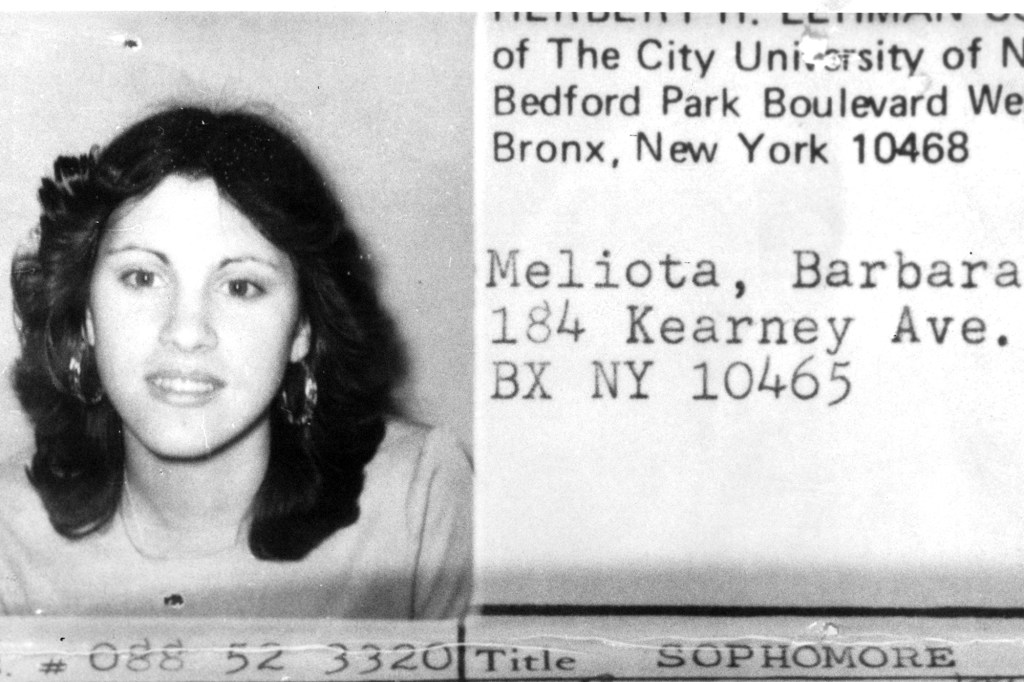 Melidta’s body was found partially submerged in rainwater at the bottom of an airshaft.Photo by New York Post Archives /(c) NYP Holdings, Inc. via Getty Images 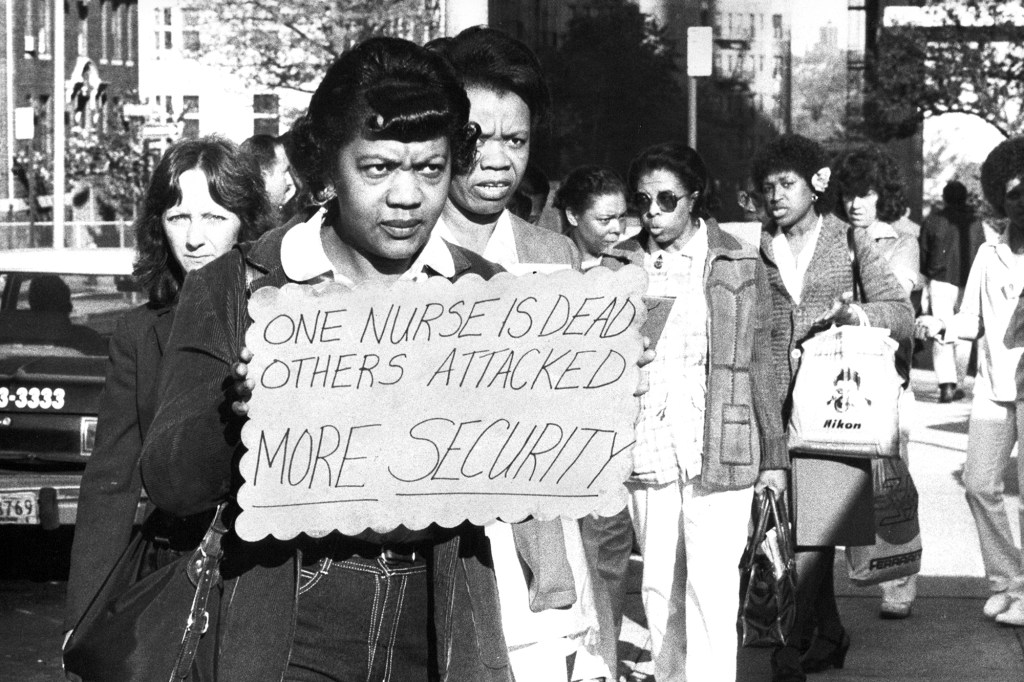 After the death of Melidta, several nurses at the hospital demanded that there be more security.Robert Kalfus/New York Post Archives /(c) NYP Holdings, Inc. via Getty Images

The convicted killer, now 61, has been eligible for parole since July 2012 but has yet to be sprung.

Barbara’s family has fought his potential release since — and now Phyllis is concerned the parole board is poised to cut him loose at his next hearing in September.

“You never know what the way the justice system is going now and that makes me very nervous and very upset, not only for the loss of my daughter, but for other parents and people that have children. There’s no worse loss than losing a child,” Phyllis said.

“If this man is released, he will do it again to another girl, another woman. No woman would be safe on the streets. Not only did he kill my daughter but he killed her whole family … My husband never was the same again.”

Phyllis said she has spent “years” traveling to Albany to fight for Doyle to stay in jail but amid the COVID-19 pandemic, she’s been forced to make her pleas by phone and doesn’t want them to fall on deaf ears.

If it was up to her, the octogenarian said she’d take matters into her own hands.

“I would kill him for what he did to my daughter and what he’s capable of doing to somebody else.

“And he is capable of doing it again.”

Molecular Diagnostics Market Expected to Rise at A High CAGR, Driving Robust Sales and Revenue till 2026