NYC needs another ‘I Love NY’ campaign to bring Broadway back


As Broadway claws its way back from an 18-month COVID shutdown, it could use a snappy new television commercial that captures the excitement of live theater. Currently, New York City is sinking $30 million into something called “NYC Reawakens,” which sounds like a slogan for Sleepy’s. So far, the results are a mixed bag.

The first commercial features a generic voice singing a bland rendition of “New York, New York.” We see a cute gay couple taking in the sights from the window of a cab, a guy slicing pizza, a breakdancer, and a transvestite dancing through Times Square. It ticks all the progressive boxes, but it’s uninspired. A second commercial — in which a bunch of New York celebs, including Stephen Colbert, Sara Bareilles and Andy Cohen, sing solo along to a saxophone-heavy version of Billy Joel’s “New York State of Mind” — was better. But it still misses the mark.

What’s needed right now is a commercial that embraces the one thing New York has that no other city in the world has — Broadway, a business that, before COVID, annually pumped $2 billion into the city’s coffers.

The public isn’t coming to New York to see Colbert singing a tune on a balcony. But they will flock to see the award-winning “Hamilton” if you give them the right push.

“NYC Reawakens” should take a cue from “I Love New York,” the legendary advertising campaign that, in the 1970s, changed the perception of the city. Back then New York was mired in debt, crime, sleaze and garbage — garbage that piled up on the sidewalks because the Sanitation Department was on strike. The “I Love New York” campaign, with its iconic logo by Milton Glaser and catchy theme song by Steve Karmen, cut through the muck to remind people that the city still had its charms. And at the center of that campaign was New York’s unique selling point: Broadway.

The inspiration for “I Love New York” came about after a drunken night at Elaine’s, the Upper East Side restaurant whose regulars included Woody Allen, Jackie Onassis, George Steinbrenner, and Joseph Heller. After the boozy dinner, Bobby Zarem, the top New York press agent of the 1970s, decided to walk home. He grew up in Savannah, Ga., and learned all about New York by reading gossip columnist Walter Winchell’s dispatches from Broadway, the Stork Club and the Copacabana.

“I thought New York was the most glamorous city in the world,” Zarem told me when I interviewed him for my book, “Razzle Dazzle: The Battle for Broadway.”

But New York on a cold winter night in 1976 wasn’t so glamorous.

“I realized you could roll a quarter down Second Avenue and there wasn’t a car or a person to stop it,” Zarem said. “The city was dead and dropping into the East River. I had to do something.”

Zarem claimed he came up with the phrase “I Love New York” on his walk home. He pitched the idea to the powerful ad agency Wells Rich Greene. The head of the company took the idea to New York Gov. Hugh Carey, who was furious that President Gerald Ford had refused to bail out a bankrupt New York City.

“I love New York so much,” Carey said. “If I get your ad agency a lot of money can you make everybody love New York?”

Carey came through with the money, and Wells Rich Greene made a cute commercial that featured tourists from other states saying how much they loved New York. “I live on Cape Cod, but I love New York,” one man said. It didn’t get much traction. And then someone (nobody remembers who) came up with the idea of producing an “I Love New York” commercial strictly about Broadway. 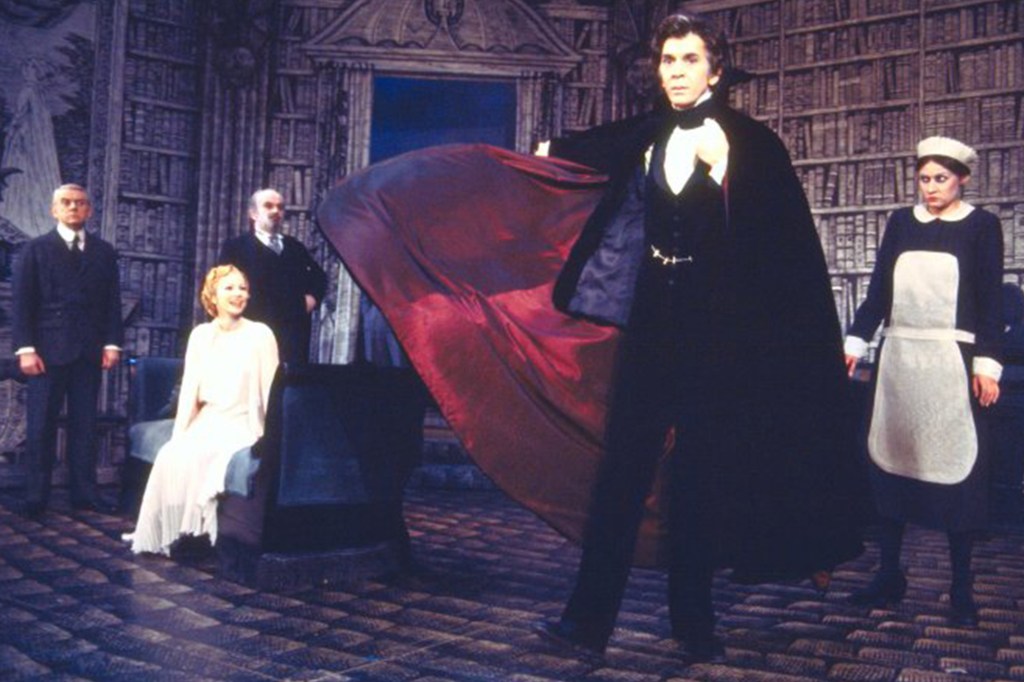 In 1978, as NYC struggled amid a wave of hopelessness, Frank Langella (playing Dracula) and other entertainers came together to inspire with the “I Love New York” campaign.Martha Swope

Shooting took place during the week of Jan. 25, 1978. Michael Bennett, the celebrated director of “A Chorus Line,” showed up to direct his dancers in a snippet from his show. The actors from “Annie,” “The Wiz,” and “Grease” were there as well. The final shot was to be of Frank Langella, starring in “Dracula.” His line was, “I love New York, especially at night.”

But this was a one-minute commercial, timed to a fraction of the second. “Night” was one syllable. “Evening” was two. It added a shade too much time.

Langella did a couple of indifferent takes saying “night.” The director asked him if he could put a little more Dracula into the effort.

“Let me try it my way just once,” Langella said.

He looked straight into the camera and purred, “I love New York, especially in the evening.”

Then he swirled his cape and walked off into the fog.

“It was immediate and thrilling,” recalled Josh Ellis, the press agent for “Dracula.” “They had to use it.” 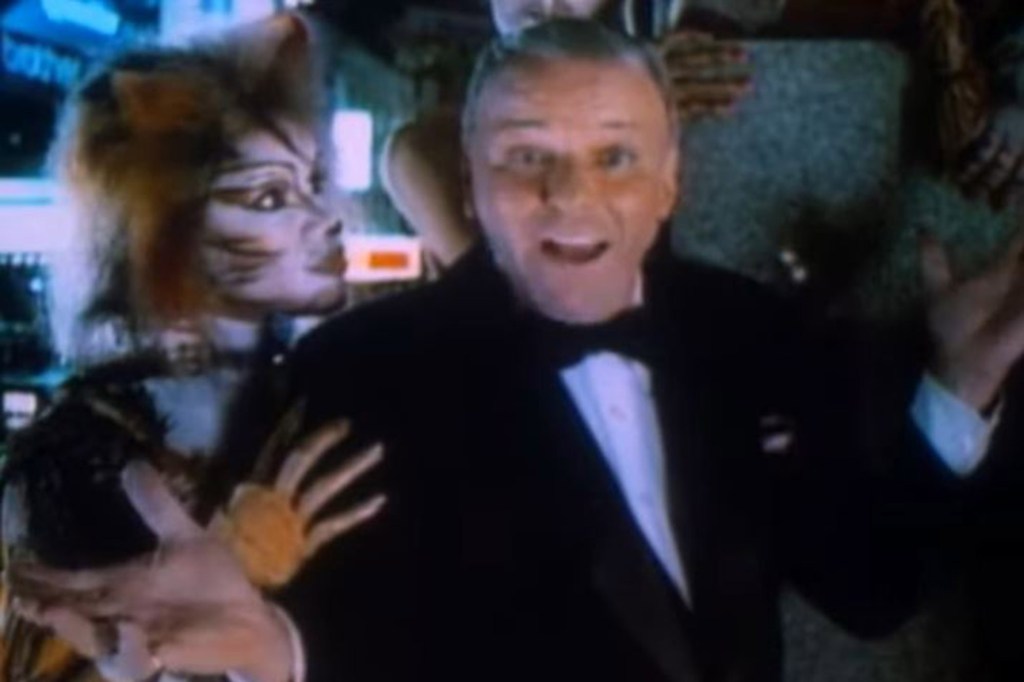 A few years later after the initial campaign, Frank Sinatra added his own touch to the commercial.YouTube

Throughout the ’70s and ’80s, New York state produced several versions of the “I Love New York” campaign. Frank Sinatra did one in 1983, when “Cats” was the hottest show on Broadway. He was to appear in Times Square at night surrounded by actors in “Cats” costumes. The director asked Sinatra’s handlers if the Chairman of the Board would attend a rehearsal. The answer: No.

So the cast of “Cats” practiced their bit in Times Square with a Sinatra stand-in.

Then, as they were getting ready for the shoot, a limo rolled up and Sinatra got out.

The “cats” leaping around him, Sinatra delivered his line: “I love New York. You know why? Because it’s open all night.”

Then he got back in his limo and was gone.

By the end of the 1990s, Broadway and New York City were booming. And then came the terrorist attacks on the World Trade Center. I spoke to Gerald Schoenfeld, the chairman of the Shubert Organization, Broadway’s most powerful landlord, that morning. 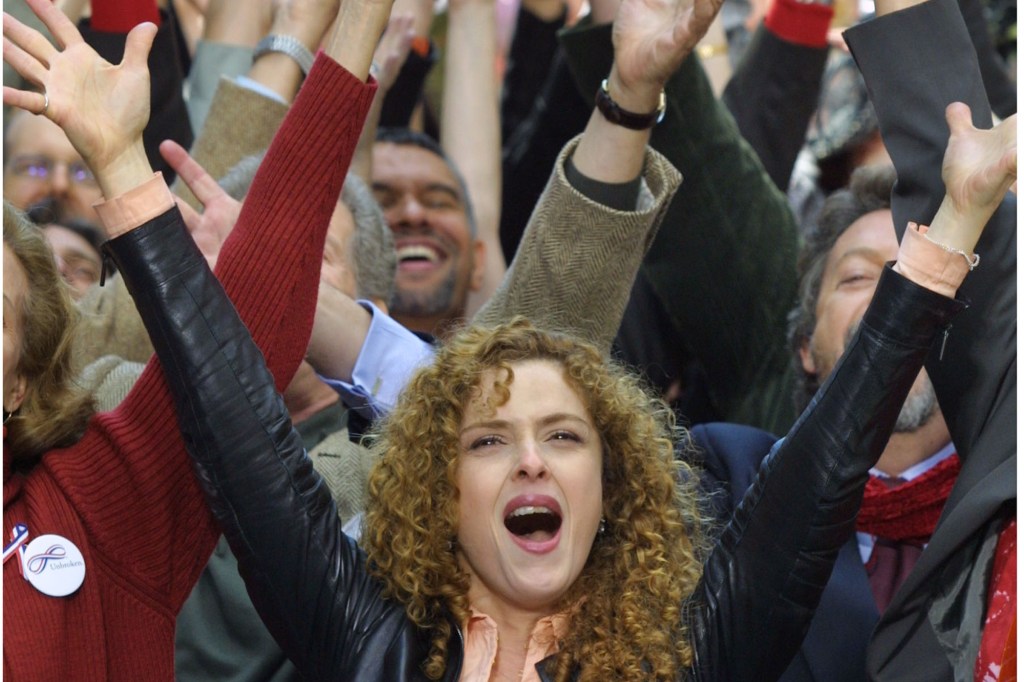 After 9/11, stars including Bernadette Peters sang for the Big Apple.AP

“Michael, we don’t know what we’re going to do,” he said. “We’ve been told there may be bombs in Times Square.”

Broadway shut down. But only for two days. Mayor Rudy Giuliani, determined to show the world that New York would not be brought to its knees by terrorists, insisted that Broadway reopen on Thursday, Sept. 13.

To entice tourists back to New York, Broadway produced another memorable commercial. This one featured stars such as Bernadette Peters, Glenn Close, Alan Alda, Joel Grey and Brooke Shields, along with the cast members from every Broadway show in costume. Nathan Lane and Matthew Broderick, wearing their black fedoras from “The Producers,” led everyone in a rousing rendition of “New York, New York.”

As they were preparing for the shoot in Times Square, a cab pulled up and Elaine Stritch, wearing a white pantsuit and a porkpie hat, jumped out and made a beeline for Lane. She hadn’t attended any rehearsals, so she didn’t know the choreography. Lane tried to teach it to her, but every time she tried it, her hand flew in the wrong direction and hit him in the face. The director moved her out of the front line. But when he yelled “action,” Stritch dashed right back to Lane’s side. Nobody had the guts to move her again.

The commercial was a smash. A year after the attacks on the Trade Center, Broadway was posting recorded grosses.

The pandemic has decimated Broadway’s revenues and robbed countless theater people of their jobs. And, with the Delta strain forcing us to mask up again, nobody knows how much longer it will go on. A slew of big shows including “Wicked,” “Chicago” and “Hamilton” are scheduled to open next month, but luring people back into a theater is going to take more than a commercial of a guy slicing a pizza or celebrities singing in empty rooms. 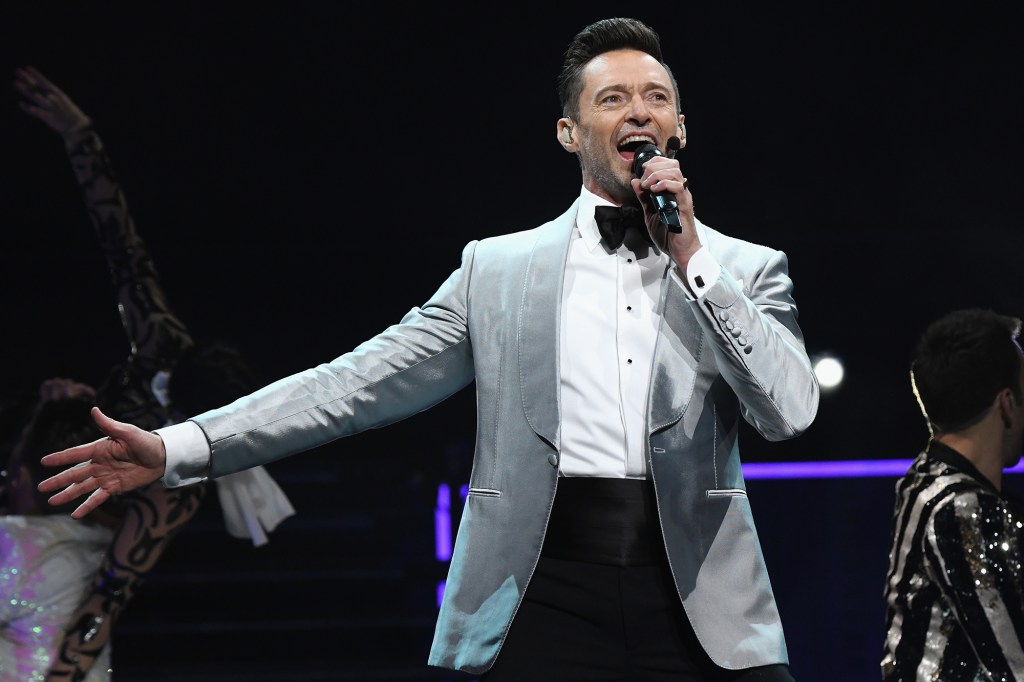 Folks like Hugh Jackman are needed for another “I Love New York”-style campaign to bring Broadway back.Getty Images

What’s needed is Hugh Jackman, leading a parade of theater celebrities through Times Square as they belt out the city’s great anthem — “New York, New York.”

Come on, Broadway. Give us the old razzle dazzle, and make us love New York again.

US COVID cases, hospitalizations down for two straight weeks