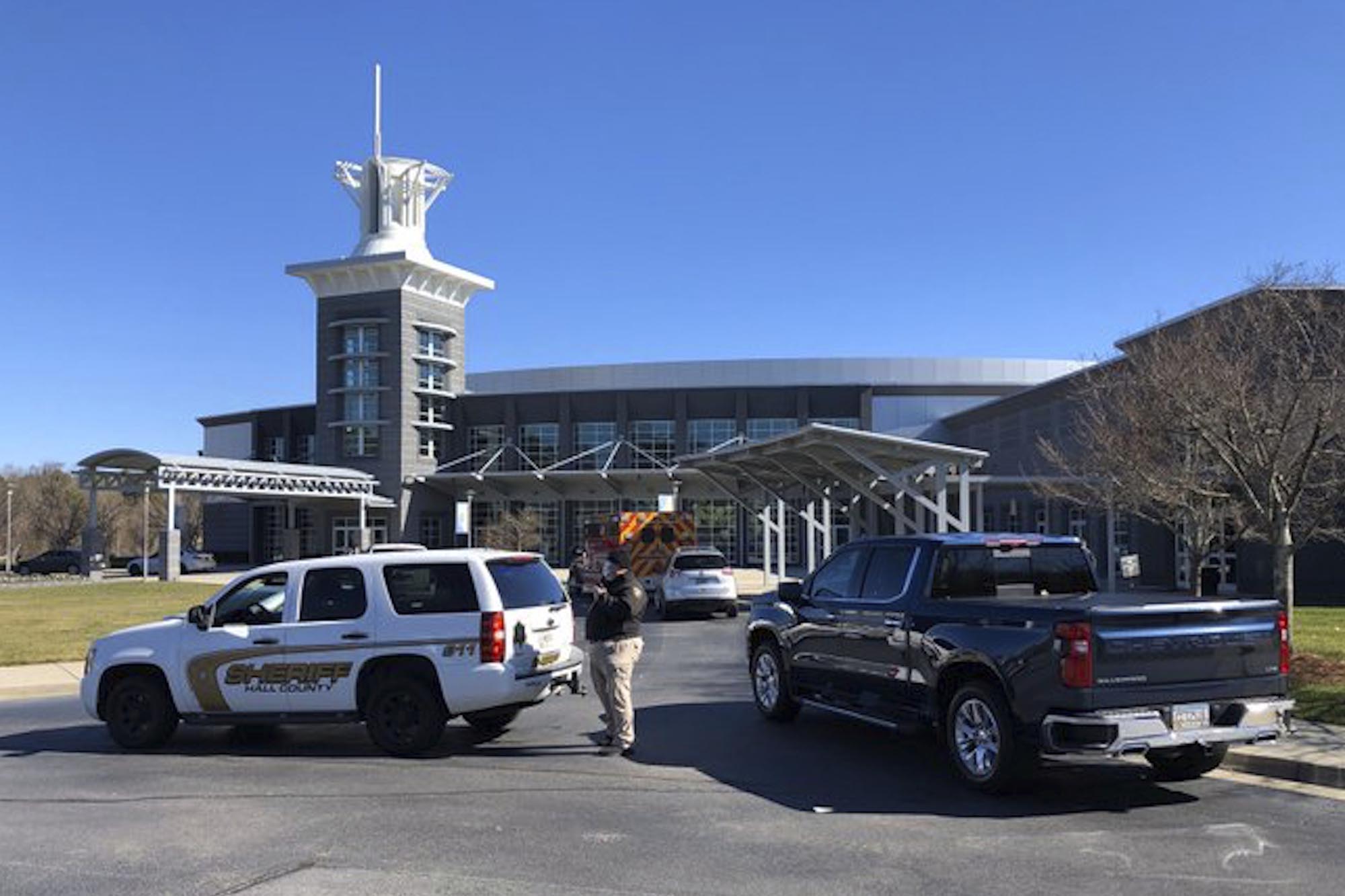 Six people died and at least nine others were seriously injured in a liquid nitrogen leak at a northeast Georgia poultry plant, officials said.

The fatal leak at the Prime Pak Foods in Gainesville around 10 a.m. Thursday also landed more than a dozen firefighters in a local hospital with “respiratory complaints,” authorities said.

“It was a leak of unknown cause that has occurred in the system here,” Hall County Fire Department Chief Zach Brackett said. “We still have a lot of information we’re trying to gather from the scene.”

“Once the units arrived, they found a large contingent of employees that had evacuated, along with multiple victims that were in that crowd that were also experiencing medical emergencies around the facility,” he said.

About 130 workers from the plant were bused to a nearby church to be evaluated, while a nearby elementary school was briefly put on lockdown, officials said.

Many of those systems rely on liquid nitrogen for refrigeration.

According to the FDA, liquid nitrogen, while non-toxic, can cause severe damage to skin or internal organs.

Beth Downs, a spokesperson for the Northeast Georgia Health System, said four of the victims died at the scene, while the fifth died at a local emergency room.

Nine others were injured with five of them in critical condition, officials said.

The fire department and the US Occupational Safety and Health Administration are investigating the fatal leak to determine the exact cause.

Thief busted for gunpoint robbery of duffle bag with $60K