New Yorkers battle snow for COVID vax — but some turned away 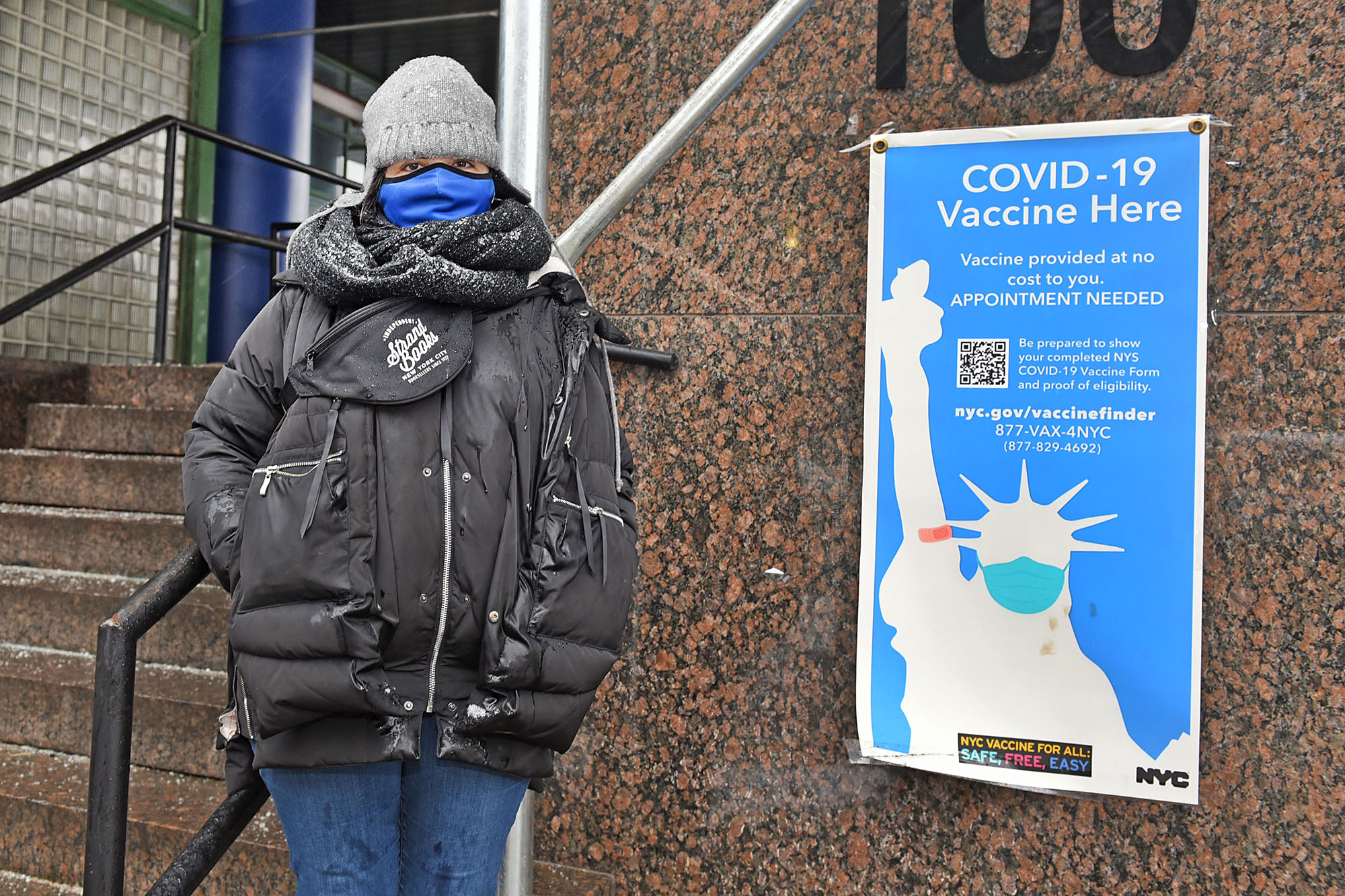 New Yorkers braved the heavy snow Sunday to get to COVID-19 vaccine sites that remained open — but for some it was a wasted trip.

“Low supply,” said high school teacher Sarah Levy as she left the Gotham Health clinic in Fort Greene, in tears after being turned away.

Many COVID-19 vaccine sites in the five boroughs — including most state-run sites — were shut Sunday due to the snow, but some remained open.

Levy said she had already had to reschedule her appointment once and was devastated to do so again.

“It’s just a travesty not to protect the people who are putting themselves on the line to take care of other people,” she said. “We all should be taken care of as Americans, as human beings. I’m just in grief about this entire process.”

Gov. Andrew Cuomo announced Saturday that state-run vaccine locations in downstate New York would be shut down due to the weather, but that some, including Yankee Stadium, the Javits Center, and Aqueduct Racetrack would remain open.

The city said its sites would remain open, although at least one location, the Health Department office at 295 Flatbush Ave. in Brooklyn, was closed.

The city has been slammed for its chaotic distribution of the vaccine, and even with better weather, its 15 major hubs were virtual ghost towns Saturday — even as workers reported having hundreds of unused doses.

The city and state have in the past blamed the federal government for not sending enough doses to satisfy demand, though last week expanded the pool of those eligible to restaurant workers and taxi drivers.

One New Yorker who braved the weather and got rewarded on Sunday was MTA motorman Juerg Schraemi, who kept his appointment at the George Westinghouse Vocational School in Brooklyn — where he was able to get his first jab of the two-dose regime.

“I don’t mind coming out in this weather for this becasue it’s important,” Schraemi said.

“Even if I don’t get sick myself, I know I can be a transmitter,” he said. “The way it went now looks promising for when the next one comes up.”

City health officials and de Blasio’s office did not respond to a requests for comment.

'God willing' there will be a packed Super Bowl next year, Biden says

Federal board clears way for mail-in union vote at Amazon