The seven-person crew based in the Hudson Valley pulled off the major score in January 2020 after their alleged leader, 30-year-old Darren Lindsay, bought an Apple Watch and linked it to his AT&T account, according to federal prosecutors in papers filed Tuesday.

The thieves put the watch underneath the bumper of a car that belonged to a drug-runner they suspected was flush with cash, the documents say.

The suspects then tailed their mark, who was not identified, from Orange County to a hotel parking lot in Hartford, Conn., the feds said. 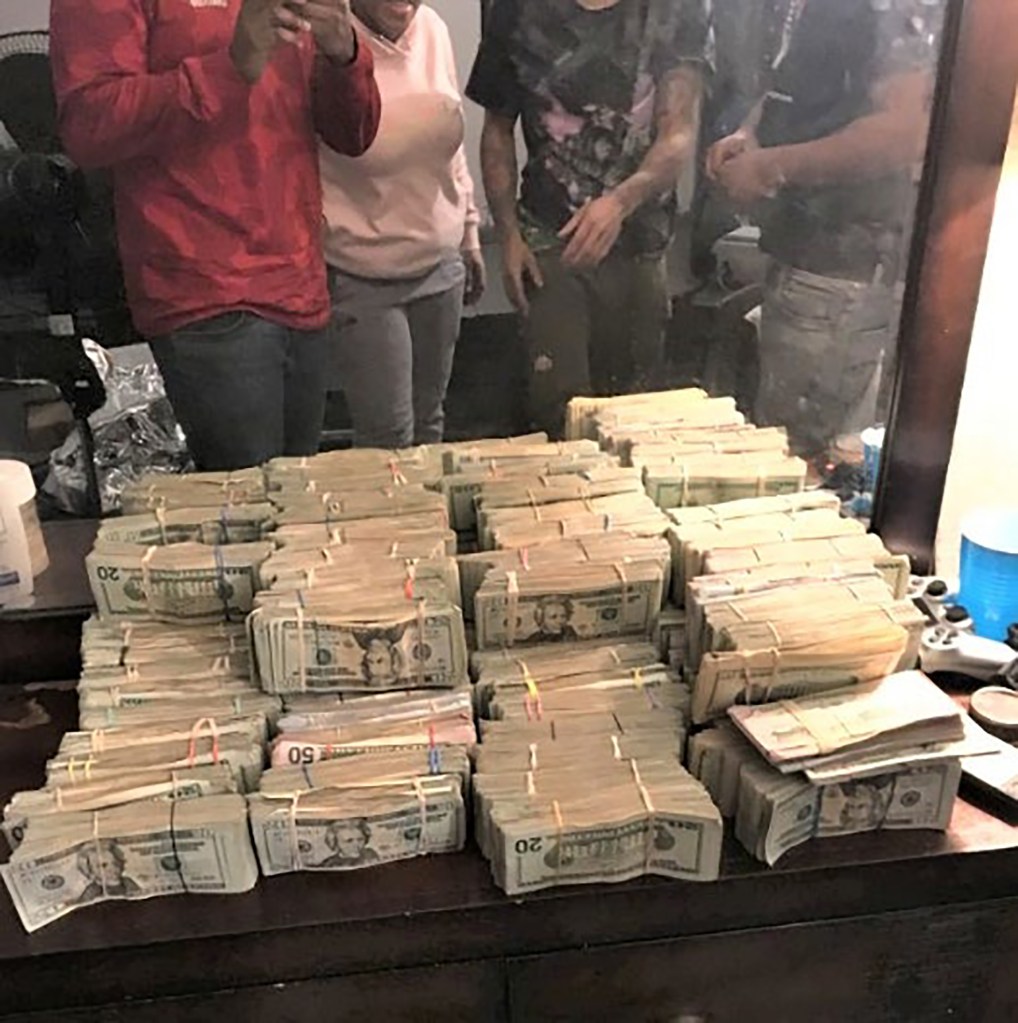 A New York robbery crew that targeted drug runners posed for photos in front of stacks of the cash they swiped.DZolkind

“All of this information is supported by detailed cellsite location data, including [from] his Apple Watch and the phones of the defendant,” prosecutors wrote.

After the crew tracked down the car, one of them smashed its back window with a gun while looking for the loot but found nothing, authorities said. Two other suspects then staked out the ride overnight, but did not see their target, the feds said.

The next day, Jan. 20, 2020, Lindsay and other members of his squad returned to the garage and spotted the victim, according to prosecutors.

They allegedly grabbed him and forced him into their car, according to the feds. A gun Lindsay was carrying went off twice during the abduction as he struggled with the victim, although no one was hit by the bullets, prosecutors said. 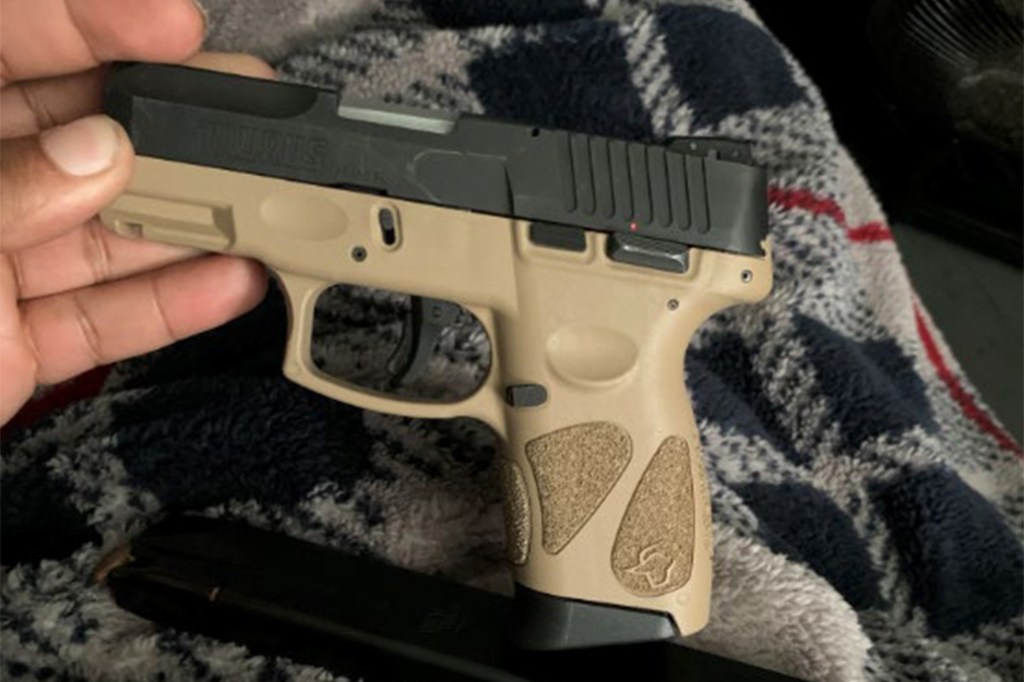 The crew discussed killing the robbery victim but ultimately decided to cut him loose.DZolkind 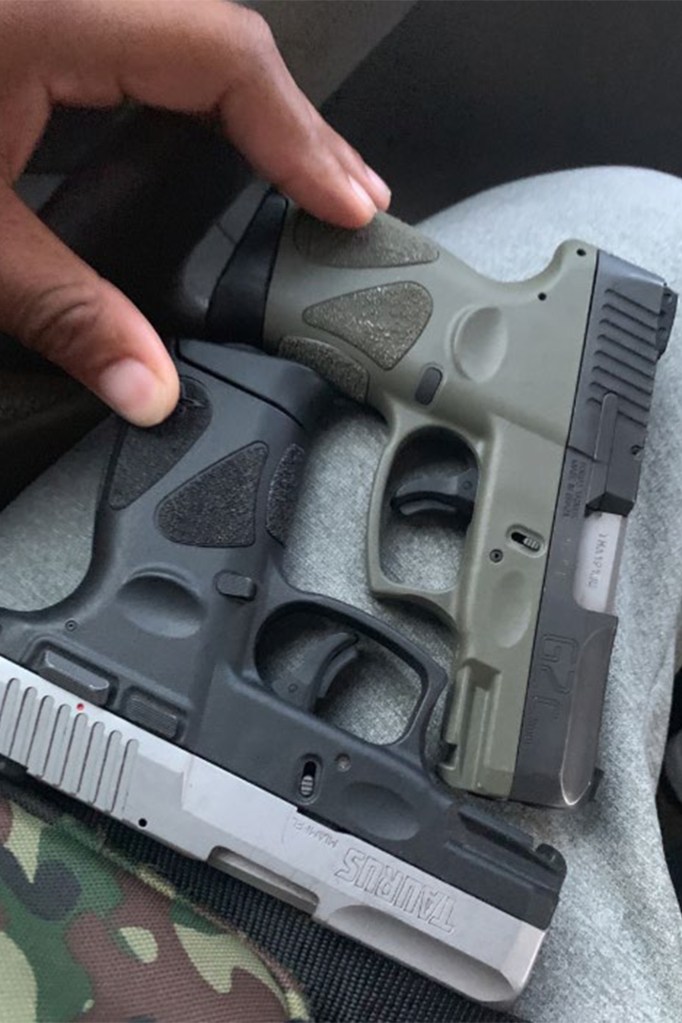 Two of the handguns that were recovered.DZolkind

One of the crew members, a woman named Indigo Grant, later walked into the victim’s hotel room using the stolen key — and swiped a bag stuffed with $500,000 in cash, prosecutors said.

The crew then headed back to Middletown, New York, where they divvied up their profits — and even posed for photos in front of stacks of the cash, the feds said.

Members of the crew were busted and indicted in July for a string of alleged robberies from 2019 to 2020, including the $500,000 heist, prosecutors said. Lindsay pleaded not guilty to the charges, court records show. 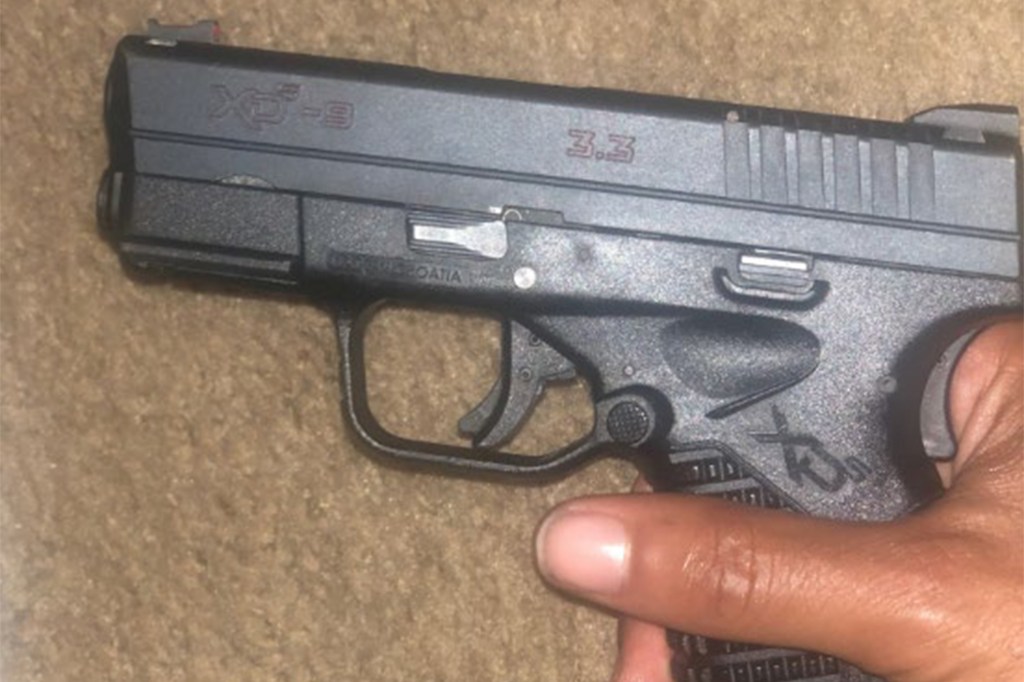 A gun belonging to one of the alleged thieves went off twice during the abduction of the drug runner.DZolkind

Details of the huge score were not made public until Tuesday, when prosecutors explained them in a letter filed in the case, urging a judge to keep Lindsay locked up pending trial.

Prosecutors claimed Lindsay has access to a number of handguns and included photos of the weapons recovered from his cellphone as proof.

A lawyer for Lindsay, John Wallenstein, declined comment to The Post on Tuesday, saying, “We will litigate the case in court, not the newspapers.”

Grant’s lawyer, Ilana Haramati, said in a statement, “Ms. Grant is a mother of three, small business owner, and sole provider to her family.

“She is not guilty of any criminal conspiracy to rob anyone and was not involved in any robbery.”

Covid-19 Vaccines: The Ultimate Guide to Every Vaccine and Their Impact

Kaapo Kakko getting into groove with Rangers linemates