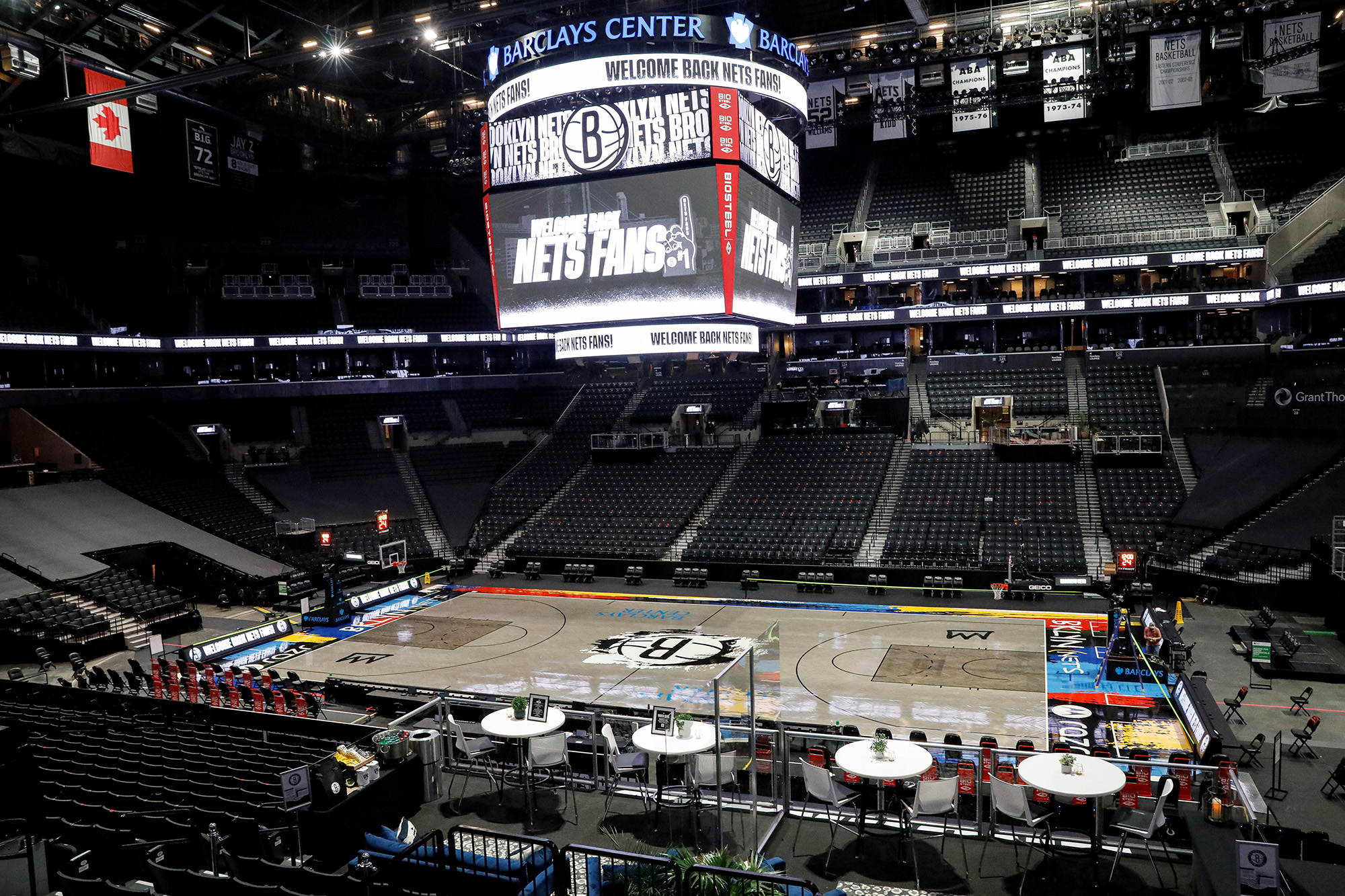 For the first time since March 8, 2020 — what seems like a different lifetime — the Nets will play in front of fans at Barclays Center on Tuesday.

It won’t be many, the 300 being allowed more of a small sprinkling than a packed house in a 19,000-seat arena due to COVID-19. But Tuesday against the Kings is a start, a baby step in the road back to normalcy.

“I can’t wait. I’m excited,” James Harden said. “That’s one of the reasons why I wanted to be in Brooklyn, because of the fan base. They’re unbelievable. They know the game of basketball. They’re true, true fans.

“Obviously I can’t say the percent, but it’s not obviously going to be packed. But just to have some excitement, some extra energy in the crowd, it’s going to be exciting for obviously the entire team. So we can’t wait. It’s been a long road trip, a very good road trip, and now we’ve got to get home and have some fun.”

They’ll have fun and fans, their first crowd since beating the Bulls before 15,916. That was less than a year ago, but both the Nets and the world seem unrecognizable since then.

That was the debut for interim Jacque Vaughn, taking over for fired Kenny Atkinson. They played just once more — a win at the Lakers two days later — before COVID-19 forced the suspension of the season.

Since then they completed that campaign in the Orlando bubble, named Steve Nash coach, and have played all of this season’s home games in an empty Barclays Center. But they’ll welcome 300 fans for the next three home games.

“It’s just tough out here with what we’re dealing with, some of the protocols, some of the death tolls that’ve been happening with COVID. It’s very unfortunate, and I wish peace and blessings and a lot of well-wishes to everybody,” Kyrie Irving said. “It’s a different reality for all of us, so it’s been taking some time to get used to. Inviting some fans back in, it does great things for the league. It does great things for us in terms of motivation. They’re a big part that makes this whole engine run.

“We understand the position that we’re in as NBA players as entertainers in modern-day society. But we’re humans at the end of the day and we feel for everybody at home. So if fans get a chance to see us play, I want to make sure I put on a show for them, and then go out and continue to change the world the best way I know how with other people who want to do the same. So I’m excited.”