Nets know that have minutes issue for Durant, Harden, Irving 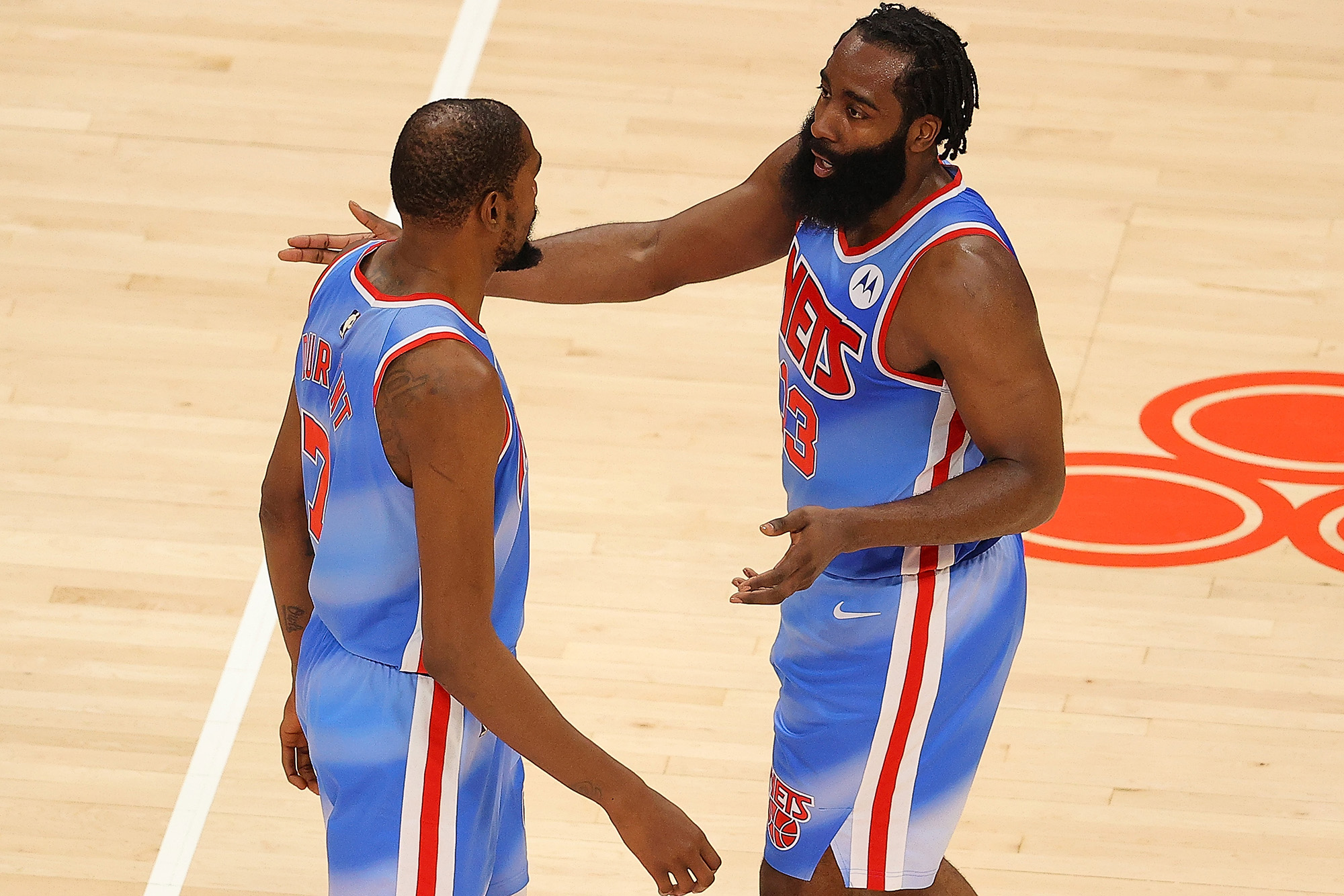 James Harden will head into Friday’s game in Oklahoma City leading the NBA in minutes played by a huge margin, his 38.5 average almost two whole minutes more than runner-up Malcolm Brogdon of the Pacers. Third? That’s Kevin Durant (36.8), coming off an 18-month layoff for a ruptured Achilles.

Kyrie Irving wasn’t far behind, 14th in the league at 35.7 minutes.

After the Big Three all topped 40 minutes Wednesday in Atlanta — Harden logging 45:54 — it begs the question of whether this is sustainable. Or risky.

“There’s truth in both sides of that. Long term, I don’t like it. I would err on the side of saying it’s not sustainable,” Steve Nash said. “But at the same time, we are where we are right now with a little bit of a depth or a second-unit synchronicity [issue]. We’re kind of caught in between. But that’s a problem that we are trying to solve and thinking of different ways to solve it.”

The Nets gutted their depth to get Harden, trading away Jarrett Allen, Caris LeVert, Taurean Prince and Rodions Kurucs. Allen, LeVert and Prince started a combined 156 games last season, and were all in a Nets rotation that’s suddenly left thin until they fill their three open roster spots.

Irving — on pace for the second-most minutes played in his career and most since 2014-15 at age 22 — is convinced he can handle the workload but confident Nash and the performance team will strike the right balance.

“I think Steve is just trying to find a healthy balance,” said Irving. “Obviously we have experience in terms of years in the league. But I’m headed into the prime of my career. Sometimes, I tell Steve, ‘Hey man, just let me go out there, and let me loose.’ Like I said, we just find a healthy balance of being very communicative with each other and just being up front and following the game plan that we all agree to before we go out there.

“And it’s easy to play your role when guys are out there just playing and matching your level, which makes it easier to go on the bench. I’m happy to be getting the rest sometimes. I’ve struggled in my career just wanting to be out there long and log minutes, and early on in my career I had some injuries where I was like, ‘Man, this is too much.’ And now being with guys in this present time that are able to keep the lead — sustain it, and do what they do out there — great. Let them rock.”

Jeff Green has increasingly taken on the role of grizzled veteran leader, both in the locker room and on the court.