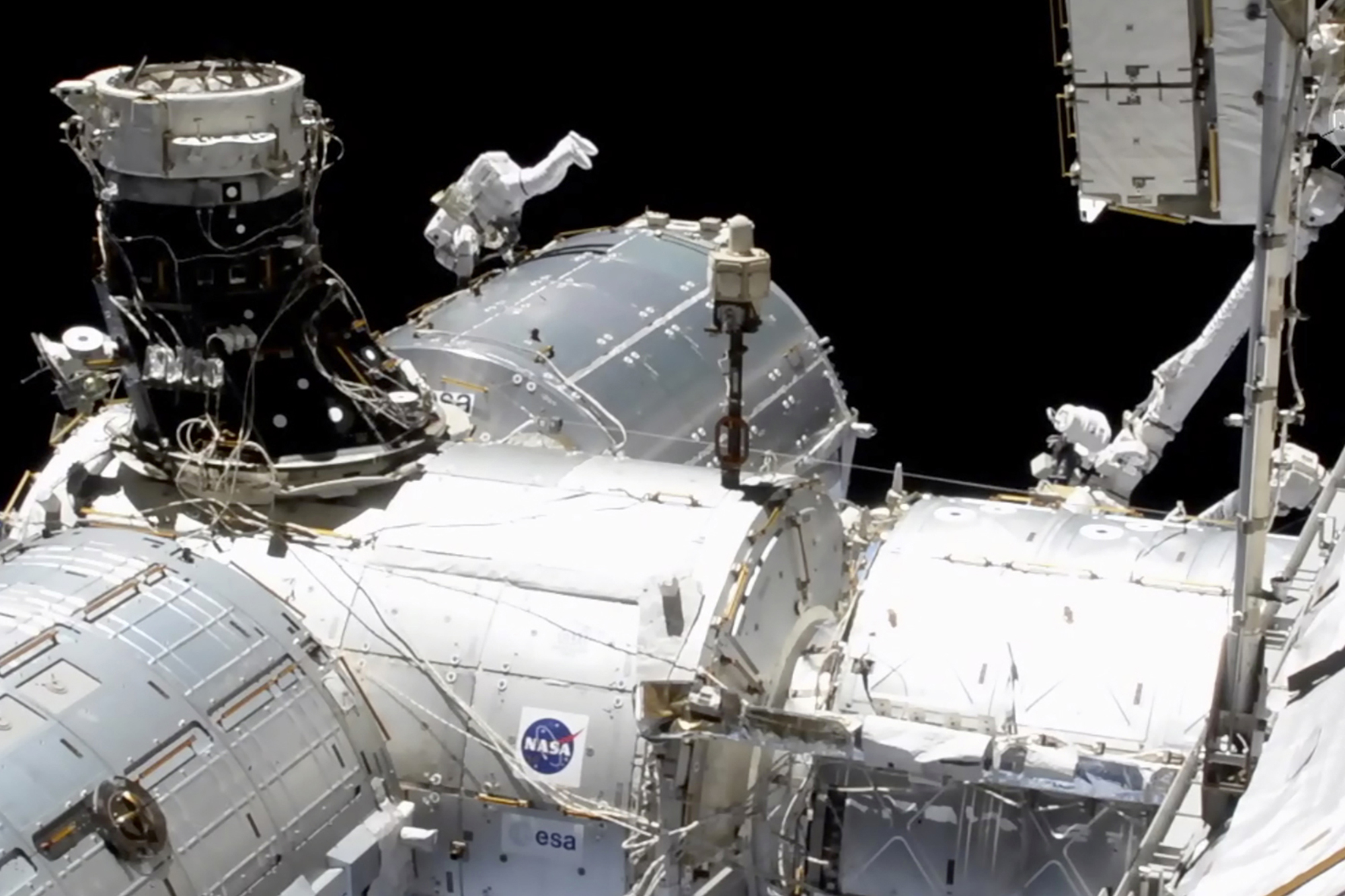 Astronauts on Wednesday conducted the first spacewalk of 2021 from the International Space Station (ISS).

The event on Wednesday is the first in a pair of spacewalks, the second set for Feb. 1. Both walks are planned to be 6.5 hours, according to NASA.

NASA’s Mike Hopkins and Victor Glover floated out early and headed straight to Columbus, one of the three high-tech labs at the orbiting outpost.

“That’s a beautiful view,” Hopkins observed as the station soared 260 miles above Kazakhstan.

Astronaut Katie Rubins will assist during both spacewalks by operating robotic arms from inside the space station while Hopkins and Glover work outside.

The pair of astronauts arrived at the ISS aboard the SpaceX Crew Dragon Resilience in mid-November.

Hopkins has performed two spacewalks before, but these will be Glover’s first two missions. Both are scheduled to complete further spacewalks in the near future.

A spacewalk is any time an astronaut moves around in space outside of a vehicle. In 2020, astronauts on the ISS completed eight spacewalks for a total of 232 missions since the first ISS spacewalk in 1998.

NASA-TV will stream both missions starting at 5:30 am on the day of the spacewalk, while the missions themselves will start at 7 am.