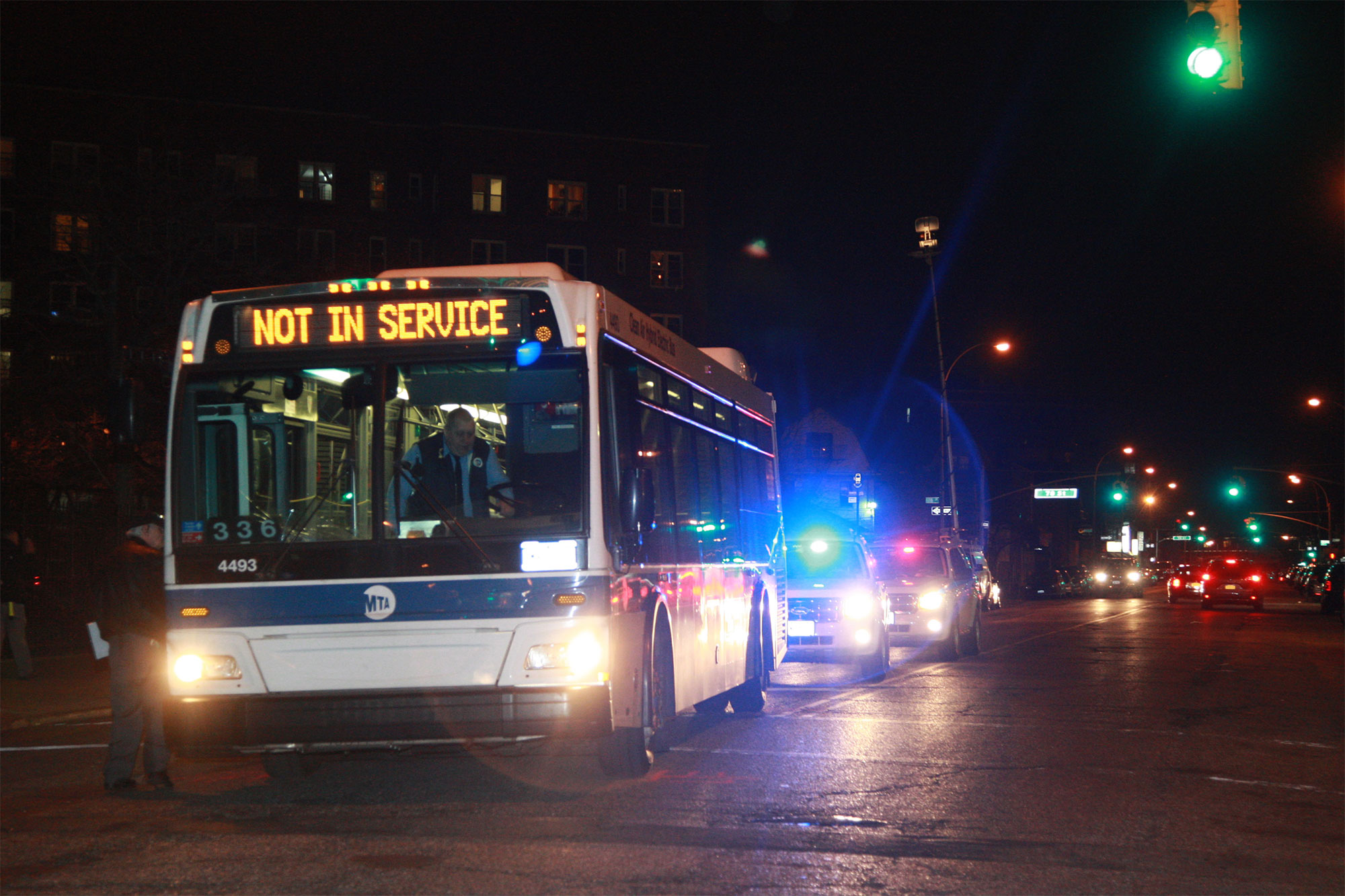 An MTA bus driver was attacked Sunday morning during a drive-by paintball gun shooting in Queens.

The 51-year-old operator stepped out of his bus to stretch at 95 Street and Ditmars Boulevard around 3:40 a.m., when a car pulled up and a passenger began shooting the dye-filled capsules, police said.

The driver was struck in the head and body and taken to Elmhurst Hospital in stable condition.

The NYPD, MTA and TWU Local 100 did not immediately return The Post’s request for comment.

Earlier this year, the bus drivers’ union demanded police chaperones aboard MTA buses amid a surge of attacks on drivers since the start of the COVID-19 pandemic.