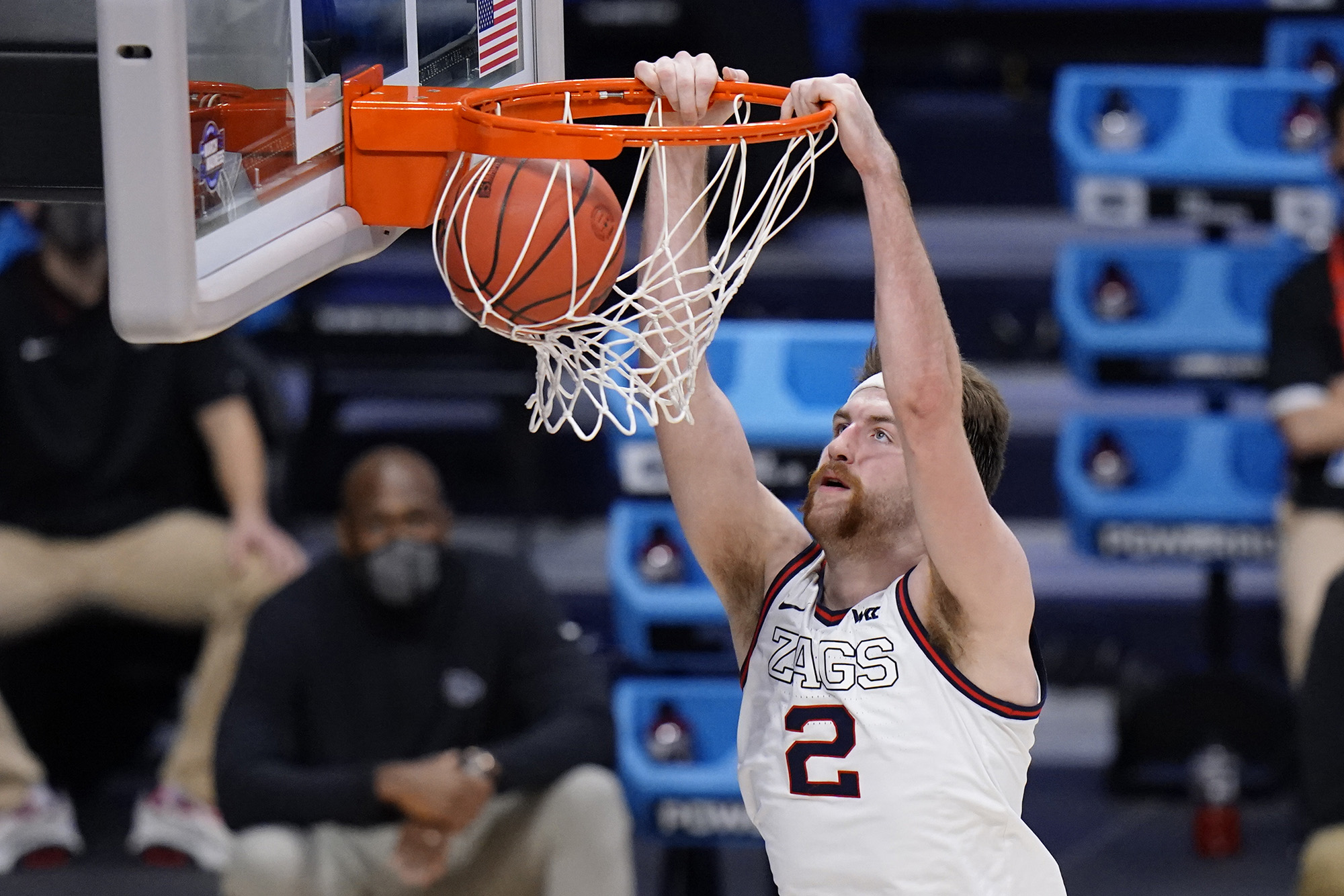 I told you this would turn around. I simply needed to get some shots up before I found my rhythm. A 7-1 run in the Sweet 16 should be a sign of things to come.

I wrestled with this one for some time. The Trojans may be the most impressive team in the tournament thus far. They have won their three games by an average of more than 21 points. They’ve showcased one of the best defenses in the country and one of the most forceful front lines, featuring a potential No. 1-overall NBA draft pick (Evan Mobley) in the middle. USC has been utterly dominant in the dance — but Gonzaga has been overwhelming its opponents since the season tipped off. The top-ranked team has won a record 26 straight games by double-digits. Its top-ranked offense is hitting over 45 percent of 3-pointers in the tournament, and it can’t be dragged down to the slow pace preferred by USC, as Virginia learned while giving up 98 points to the Zags. An off-night is the only way to slow an all-time attack and Gonzaga has too many weapons for its cold stretches to last more than a few minutes. In the Sweet 16, leading-scorer Corey Kispert had two points at halftime and Gonzaga still led by 10. The brilliance and beauty of the Bulldogs’ offense has also greatly overshadowed a defense among the most efficient in the nation, capable of quieting a USC offense with two double-digit scorers and a collection of some of the worst free-throw shooters in the country. The Trojans may look invincible now, but they lost by nine or more to Colorado, Utah and Arizona in the past month. Gonzaga hasn’t lost since COVID-19 came into our lives. Don’t overthink it.

Underdogs dominated the early rounds, but favorites will ultimately rule the Final Four. The Bruins should be back in California right now, but Alabama — which hit 72 percent of free throws all season — made just 11 of 25 from the line in an overtime loss. UCLA’s small lineup struggled with the Crimson Tide’s length and 7-foot-1 Hunter Dickinson should fare even better, with Franz Wagner helping to dominate the glass. Without Isaiah Livers, Michigan has quickly adapted and is playing as well as Juwan Howard could have hoped, excelling on both ends of the floor, sharing the ball and scoring from inside and out. The Wolverines passed tougher tests against LSU and Florida State. The 11th-seeded Bruins have momentum and belief but not enough size or talent to take down the Big Ten champs.

Ian Eagle should call the Final Four instead of Jim Nantz