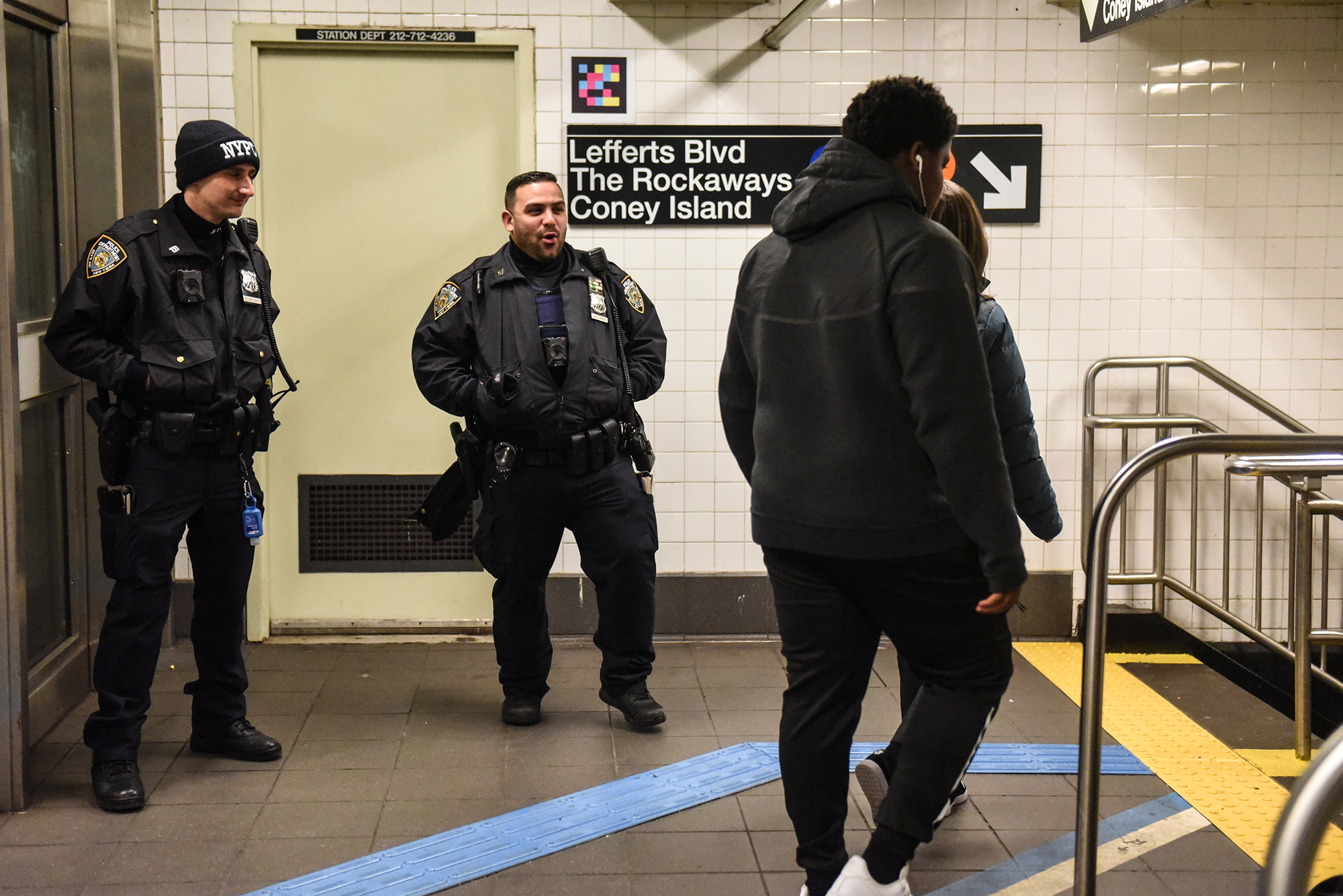 Democratic Manhattan DA candidate Liz Crotty said the city needs to hire 500 more cops to protect straphangers from an uptick in violent crime on the subways.

In an op-ed that appeared Tuesday on the news site City Limits, Crotty wrote that the citywide lockdown had spurred “an alarming trend of violent activity on our trains” — including homicide, felony assault, robbery and rape.

“This issue isn’t political,” she wrote. “It’s about public safety. Providing more transit officers is a common sense way to ensure New Yorkers are safer on their way to and from work.”

She continued, “The goal is not to increase arrests, but rather to allow commuters the peace of mind to securely use our transit system and persist through these difficult times without continuously fearing for their lives.”

Crotty, a criminal defense lawyer, highlighted the troubling attack on Ruth Leon-Villegas, who was waiting for a Manhattan train when a deranged man threw her into a metal column, breaking her neck and knocking her unconscious. Weeks earlier, two people were injured in separate attacks after they were hurled onto the tracks.

This month an unhinged, unclothed man pushed a stranger off a Harlem subway platform before jumping onto the tracks himself to stop a good Samaritan from rescuing his victim. During the scuffle, the nude attacker was fatally electrocuted by the third rail.

“The idea of additional police has worked for New York in the past,” wrote Crotty, whose position runs counter to many politicians who have called for the defunding of the police.

Crotty, a lifelong New Yorker, pointed to the successful initiatives in the early 1990s of former Mayor David Dinkins, who recently passed away.

“His Safe Streets, Safe City program added 6,000 police officers — a 54 percent increase of officers on patrol in our transit system daily,” she wrote. By the end of his term, major crime had fallen by 14 percent.

“The math is simple,” she said. Crotty is one of eight challengers to Manhattan DA Cy Vance Jr., who has yet to publicly announce whether he’d seek another term.

David Peterson not backing down from Mets rotation challenge