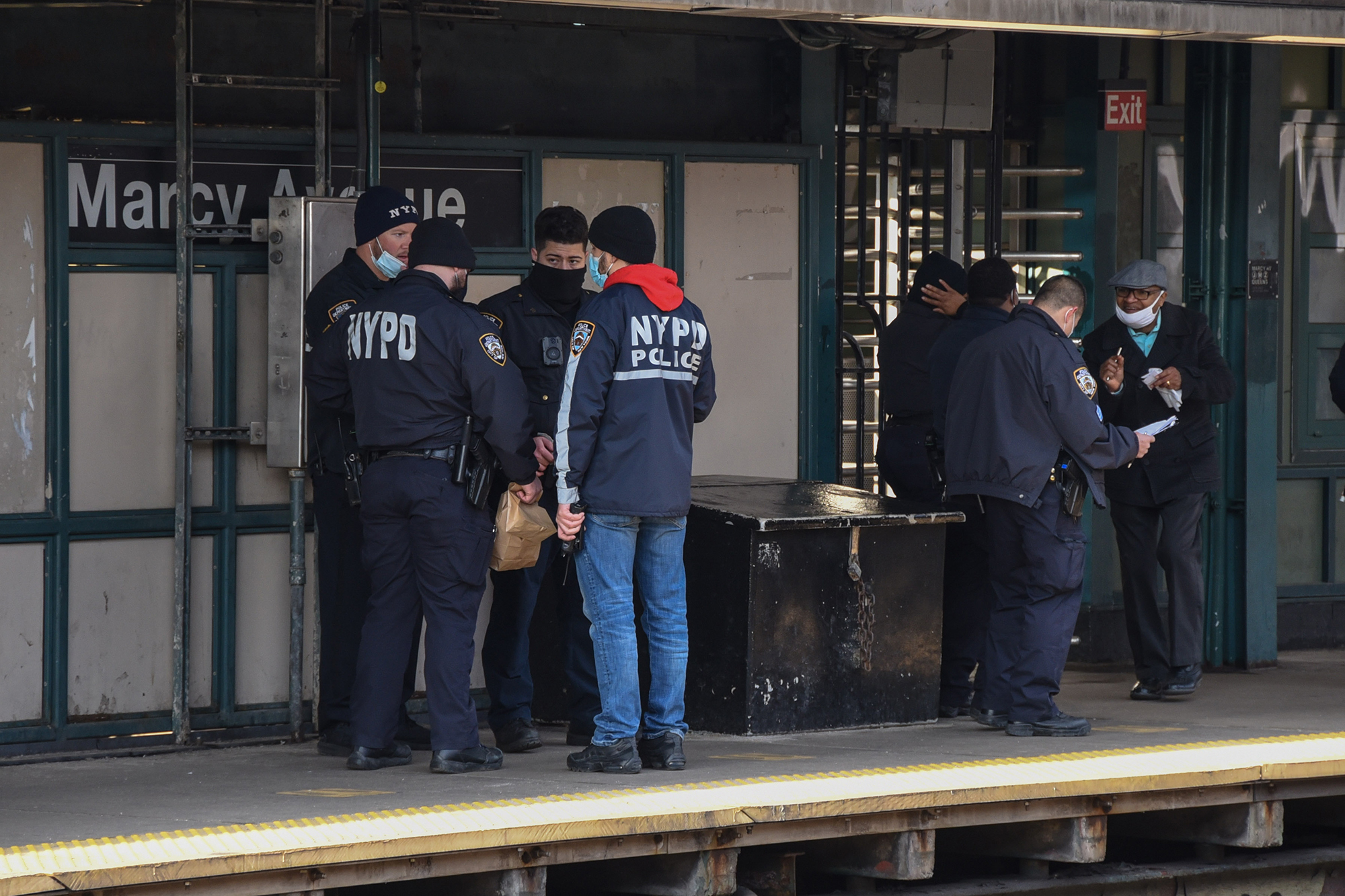 A man was stabbed during a squabble inside a Brooklyn train station early Thursday, cops said.

The 37-year-old victim was arguing with another man at the J train station at Marcy Avenue and Broadway in Williamsburg around 7 a.m. when he was stabbed in the head and neck, police said.

He was taken to Wyckoff Heights Medical Center with non-life-threatening injuries.

The attacker, who wore a black jacket and black pants, took off, police said.

Police did not immediately know what the two were arguing about.