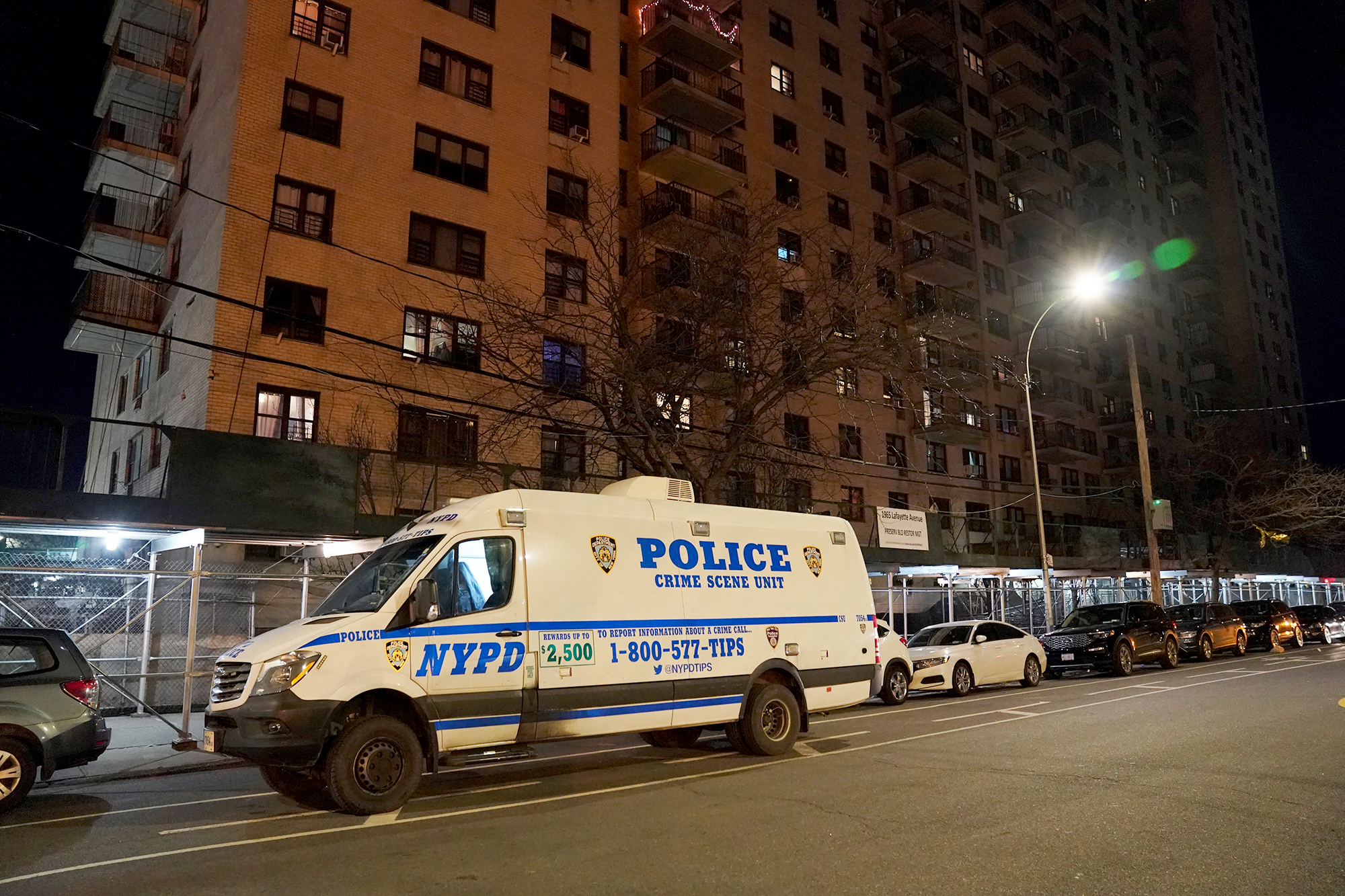 A Bronx woman was fatally stabbed in her apartment after a domestic dispute, police said.

The victim, 29, was found with a stab wound to her head inside her 14-floor home at the Park Lane Apartments on Lafayette Avenue, near Pugsley Avenue around 8:30 p.m. Friday after someone called 911, authorities said.

Kelvin Diaz, 31, was arrested at the scene and is charged with homicide, manslaughter and criminal possession of a weapon, an NYPD spokesman said Saturday. The victim’s name is being withheld pending family notification, the spokesman said.

Cops recovered a knife in the apartment, the NYPD spokesman said.