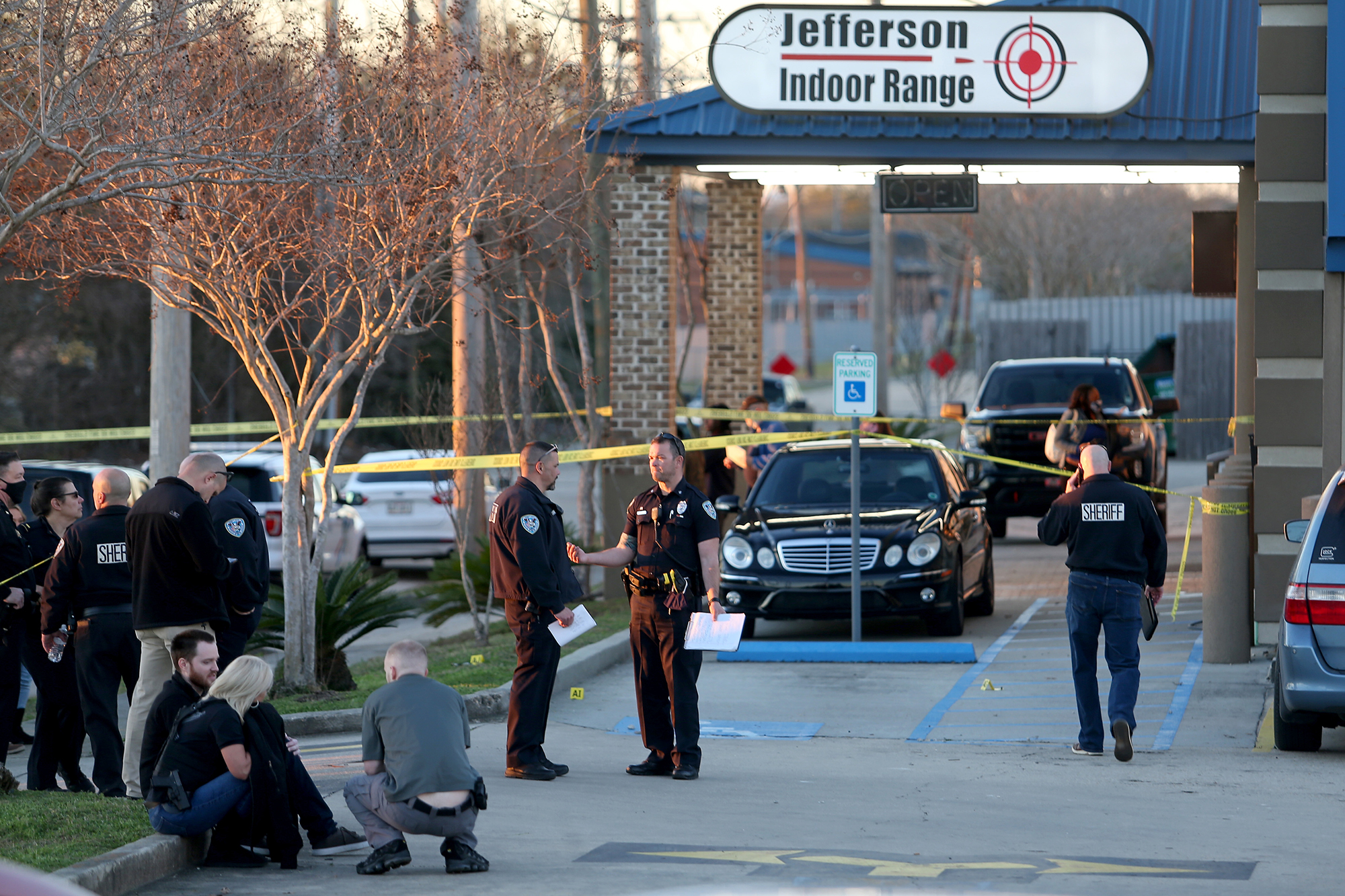 Louisiana police on Monday released surveillance footage of an armed robbery at a gun store and shooting range that left three people dead, and another two injured.

The Saturday shootout that left three people dead and wounded two more at a Louisiana gun store and shooting range began when a customer refused to unload his weapon, an operator of the store said.

Sheriff Joseph Lopinto previously said the shooter initially struck two people inside, and then several other people — whether employees or store customers — opened fire on the shooter, both inside and outside of the building.

Lopinto said two other people also were hit by gunfire and were hospitalized in stable condition. Michael Mayer, an executive at the gun outlet, identified Williams as the shooter.

He told The Times-Picayune/The New Orleans Advocate that Williams entered the store in the New Orleans suburb on Saturday with a loaded firearm and was asked to unload by a compliance officer.

Mayer said Williams “became agitated by the request and pulled his gun out of his pants and started firing.” He said employees and customers returned fire and “eliminated the threat.”

Mayer also said he was limited in what he could tell news outlets as the investigation is still ongoing.

Herbert Fischbach’s wife Nancy also confirmed that he was one of the three killed. She said Fischbach was a special effects specialist and an armorer, who supervised weapon usage on film sets.

Nancy Fischbach said her husband had been working at the gun shop because of COVID-19 restrictions on the film industry. She believes he died helping people inside the store.

“He helped people,” Fischbach said. “He bent over backwards for everybody…he would not hurt anybody unless they did something wrong.”