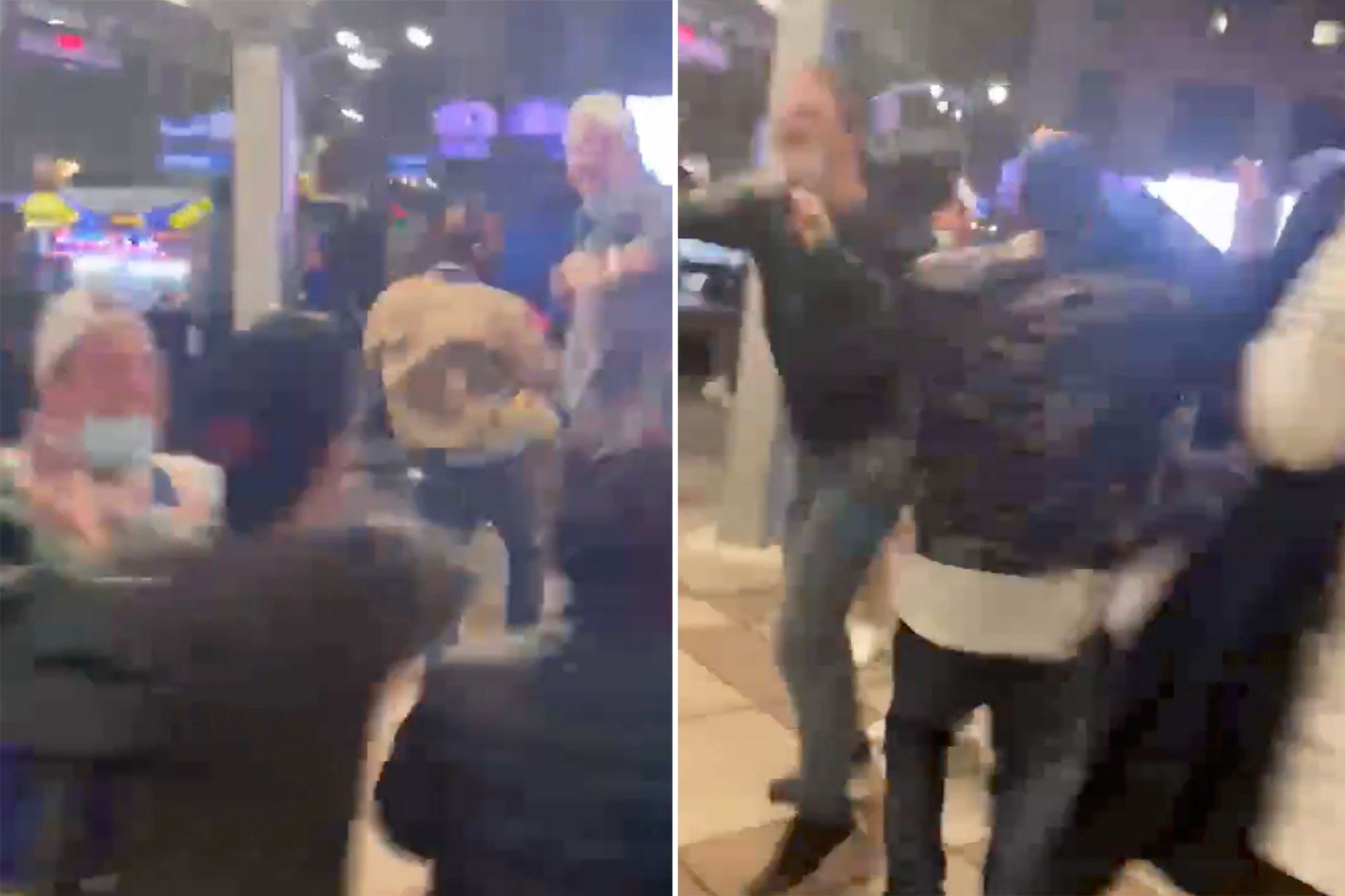 It’s a good time to be a Knicks fan.

The players got a standing ovation from the crowd as the final seconds ticked off the clock in Wednesday night’s 137-127 win over the Hawks and the fans’ celebration didn’t end there.

Following the win, which moved the Knicks up to the No. 4 seed in the Eastern Conference, fans flocked into Penn Plaza to continue the excitement.

One fan can be heard shouting, “Four seed baby!” as others held four fingers up with home-court advantage in the playoffs now a realistic possibility.

In viral videos shared to social media, fans can be seen jumping up and down, celebrating the eight-game winning streak. It’s their longest streak since 2014, when Carmelo Anthony was repping blue and orange.

On this night, it was Julius Randle’s 40 points that carried the team to victory.

Randle and Reggie Bullock both made six 3-pointers, while Immanuel Quickley knocked down four 3s from deep in the hard-fought win.

Quickley, who finished with 20 points in 30 minutes, came in clutch off the bench when Derrick Rose fouled out at the end of regulation.

Barney the robot bartender is ready to shake up cocktails

A Biden Administration Strategy: Send In the Scientists