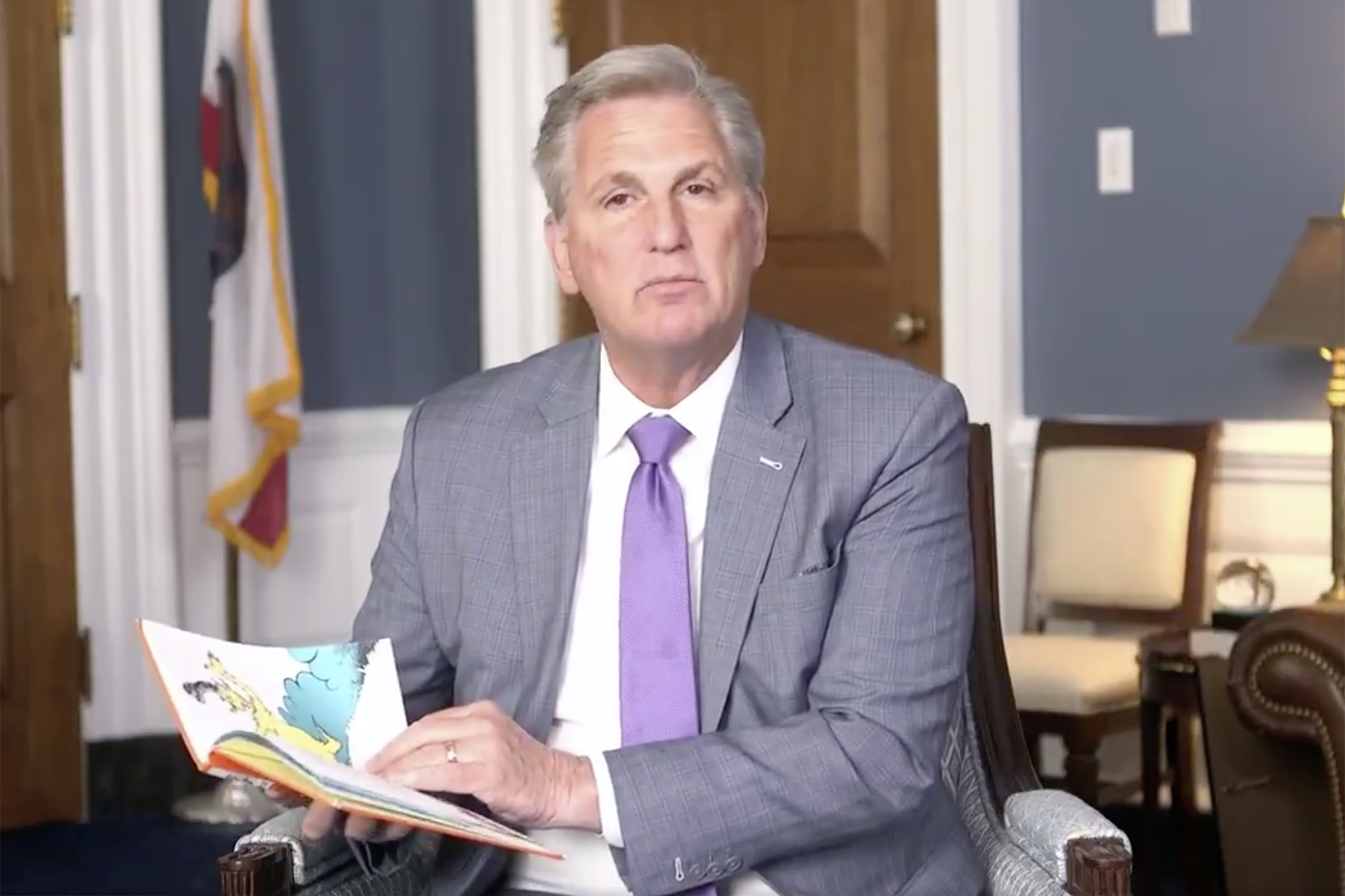 “I still like Dr. Seuss, so I decided to read Green Eggs and Ham,” the California Republican wrote Friday night, urging viewers to “RT if you still like him too!”

The message accompanied a five-minute video of McCarthy solemnly presenting the well-loved book and its loopy rhyming tale of Sam-I-am and his unappetizing culinary creation.

It came just days after news that six of Seuss’s bestselling children’s books will no longer be published due to alleged racism in their pages.

Sales of the six books — “If I Ran the Zoo,” “And to Think That I Saw It on Mulberry Street,” “McElligot’s Pool,” “On Beyond Zebra!,” “Scrambled Eggs Super!” and “The Cat’s Quizzer’’ — soared after the announcement, and online auction site eBay canceled sales on vintage copies after they started selling for hundreds of dollars apiece.

By Saturday morning, Seuss fans had given McCarthy’s video 2.6 million views on Twitter — and almost 10,000 retweets.