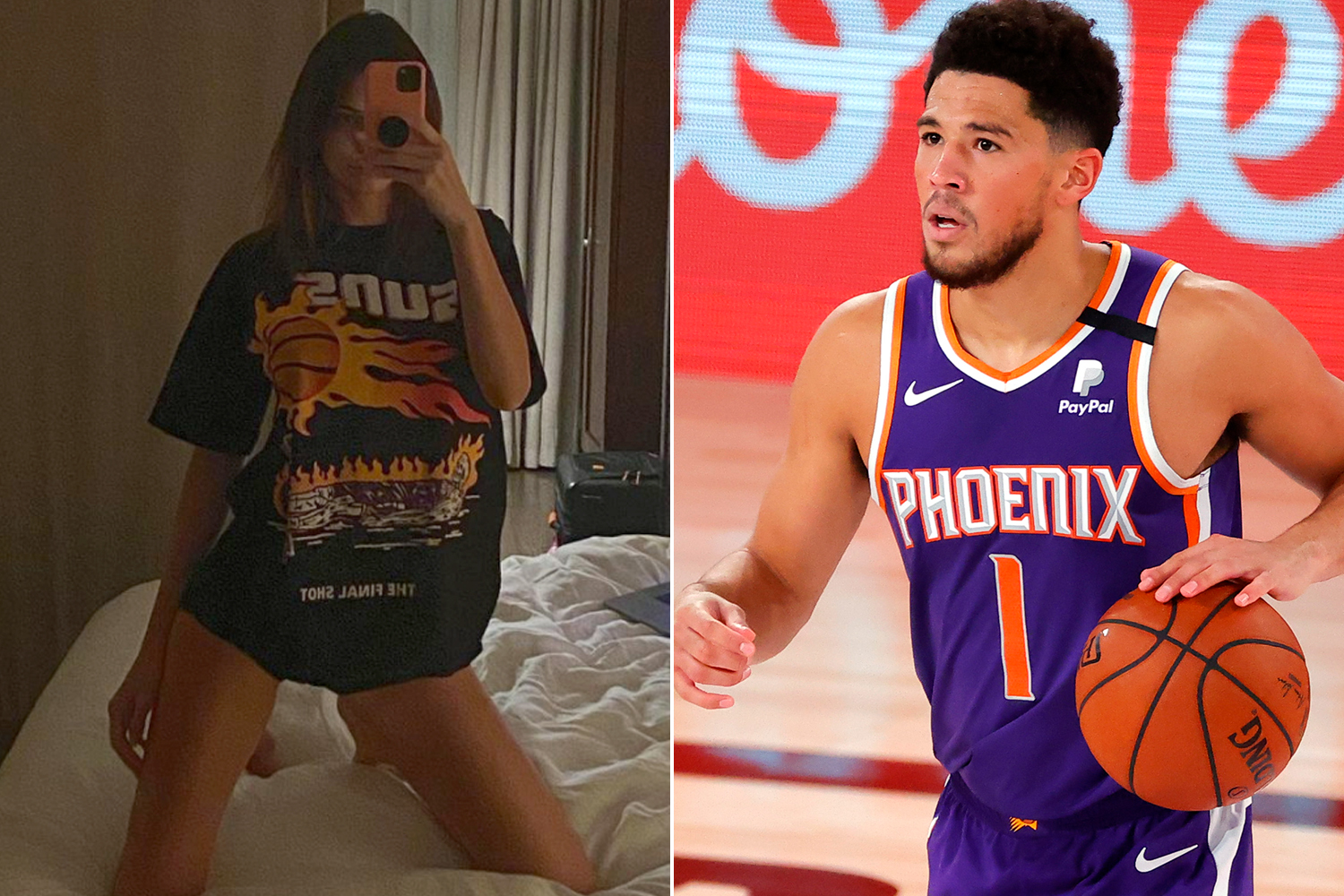 On Wednesday, the 25-year-old supermodel shared a collection of images to Instagram, one of which featured the “Keeping Up with the Kardashians” star modeling a Suns T-shirt.

Booker – who has been linked to Jenner since the spring of 2020 – was tapped Wednesday to replace Anthony Davis in this year’s NBA All-Star game. Earlier this week, Davis’ Lakers teammate, LeBron James, slammed the league over Booker’s initial snub.

“Devin Booker is the most disrespected player in our league,” James tweeted Tuesday. “Simple as that.”

The 13th overall pick in the 2015 NBA Draft, Booker has averaged 25 points per game this season.

Earlier this month, Jenner was spotted at a Suns game, where she made a cameo in a fan photo. The pair also made their relationship Instagram-official on Valentine’s Day.