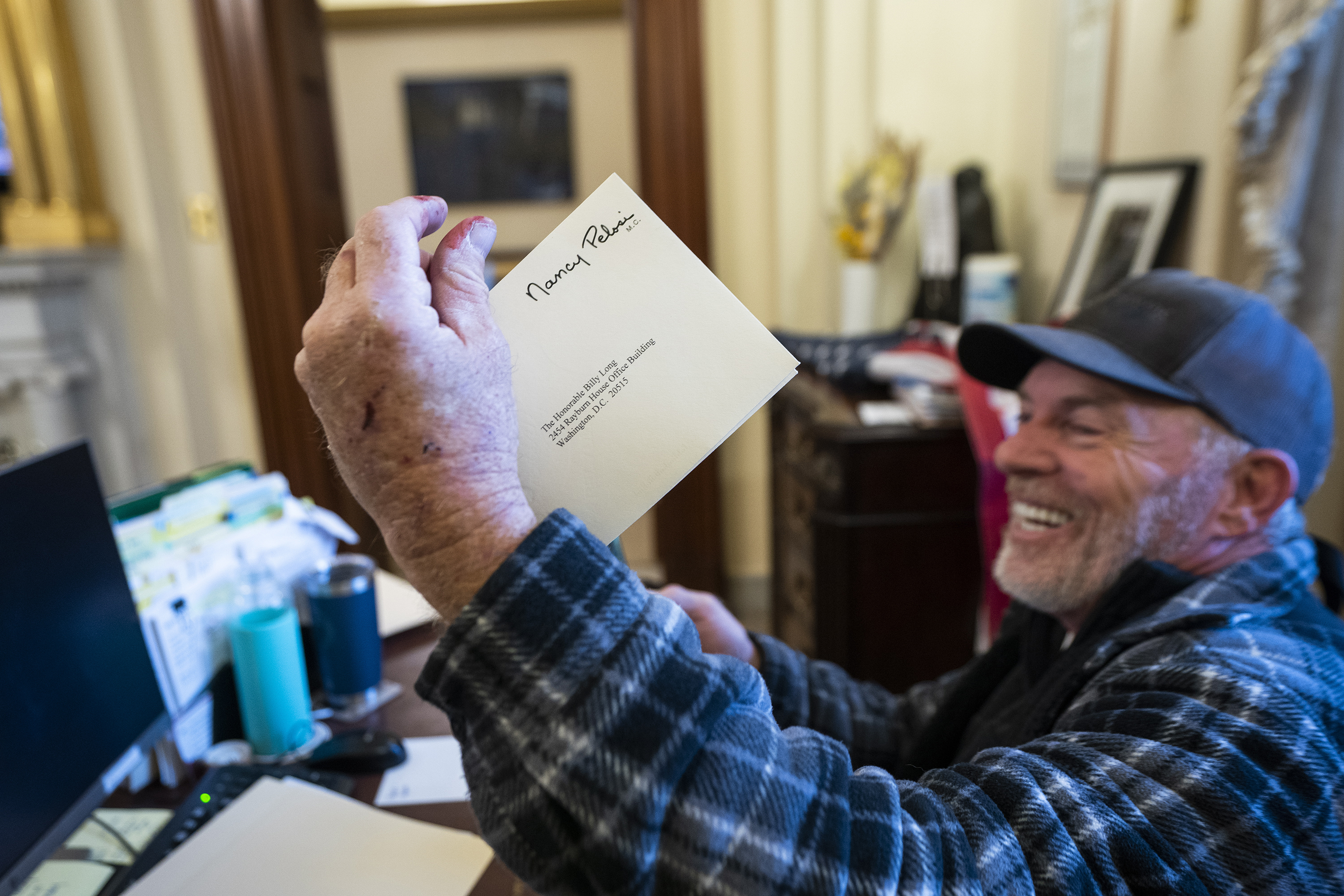 A federal judge admonished the Capitol rioter who was pictured smirking with his feet up on House Speaker Nancy Pelosi’s desk, repeatedly calling him “entitled” and questioning his intelligence, before she ordered him held without bail Thursday.

Chief Judge Beryl Howell laid into accused rioter Richard Barnett, calling his actions at the siege, “brazen, entitled and dangerous” in a lengthy speech before handing down the ruling in the virtual court hearing.

Barnett allegedly stormed the Capitol with hundreds of other supporters of then-President Donald Trump, making it all the way to Pelosi’s office where he lounged and left with a piece of her mail.

He then spoke to the media about what he did and admitted to law enforcement that he was inside the Capitol building during the riot.

Howell highlighted that at the time of his arrest, Barnett told law enforcement that they wouldn’t find evidence linking him to the siege because he is “smart.”

“I don’t know how smart Mr. Barnett is, but he’s certainly a bragger. Bragging to law enforcement about what he’s done to cover his tracks … is not a smart thing to do,” she said.

Barnett, of Arkansas, faces up to more than a decade behind bars for his role in the riot. He’ll be tried in Washington, D.C.

Fire chief accused of stealing COVID vaccines turns himself in

Metro-North and LIRR suspend service due amid Winter Storm Orlena