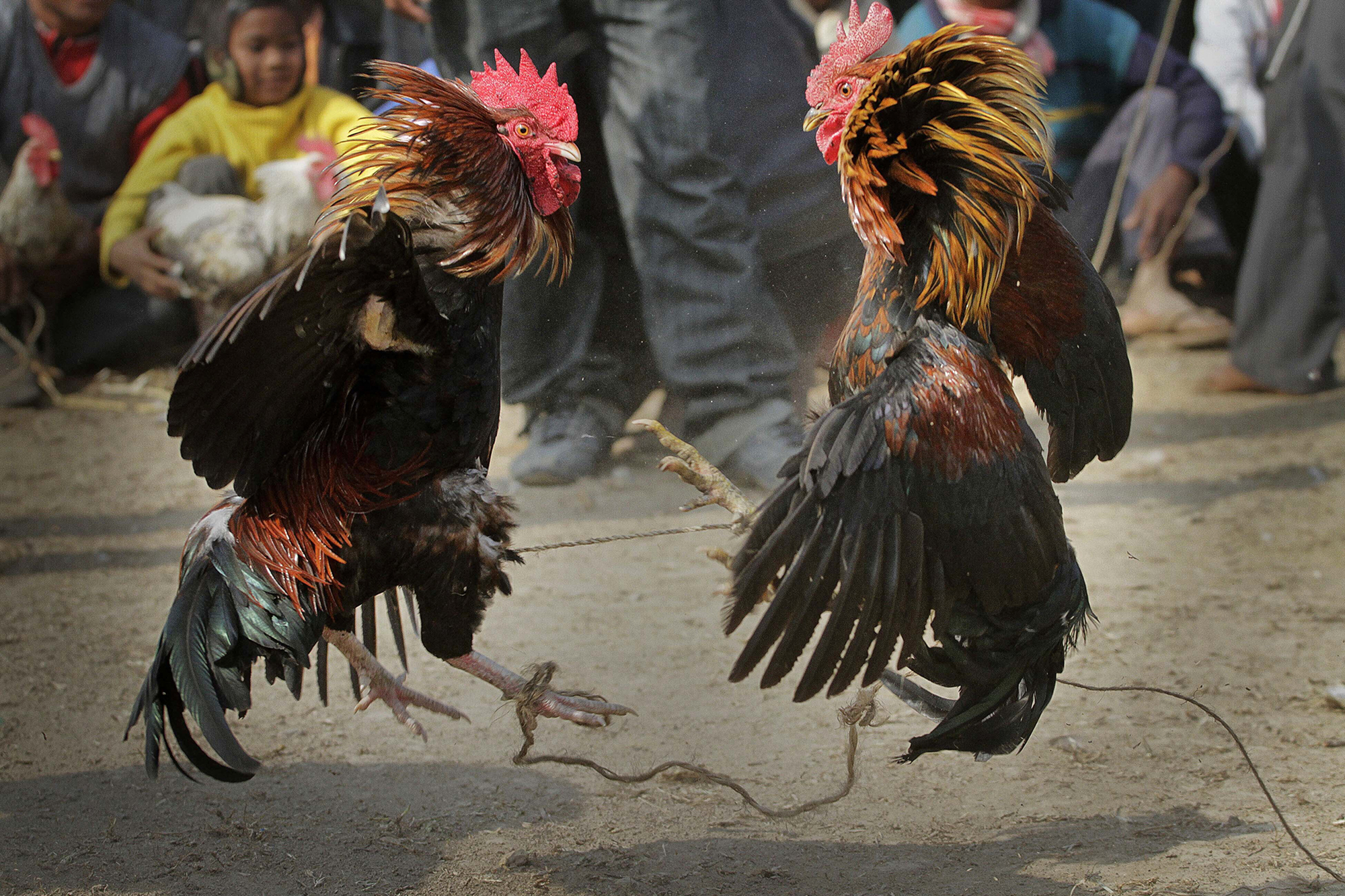 An Indian man was stabbed to death by his own rooster after he attached a 3-inch knife to its leg for an illegal cockfight, police said Sunday.

Thangulla Satish, 45, was stabbed in the groin last week when the bird he had just armed for the fight fluttered in panic, according to police in Lothunur village in Telangana state.

“Satish was hit by the rooster’s knife in his groin and started bleeding heavily,” police inspector B. Jeevan said Sunday, revealing that the victim died on his way to a local hospital.

Police are now looking for over a dozen other people involved in organizing the deadly cockfight, warning that they could face up to two years in prison if found guilty.

The rooster survived, with photos of it tied with a rope and pecking on grains at the police station went viral locally on social media.

“We may need to produce it before the court,” Jeevan said.

In the fights — banned in India in 1960 — two birds with a knife or blade attached fight until one either dies or flees.

Despite the nationwide ban, they remain common in the southern Indian states of Telangana, Andhra Pradesh, Tamil Nadu and Karnataka, often under the watch of powerful, local politicians with big-money bets.

Over 300 minor migrants reportedly arrive each day under Biden