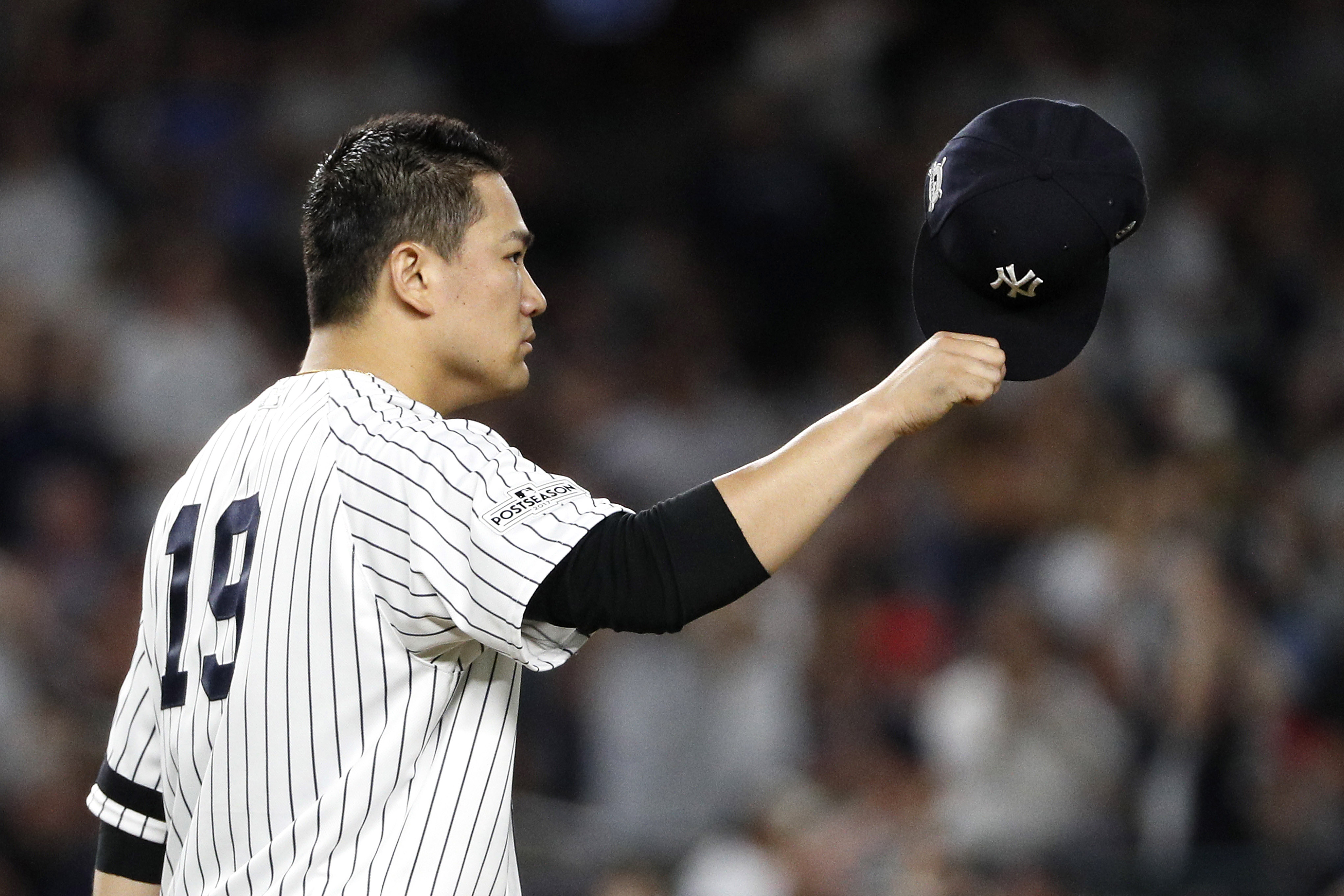 No team has a free agency history like the Yankees. Not for frequency, stars, money spent well and dollars wasted.

They have been Reggie and Goose and DJ (LeMahieu, not Jeter). And they have been Kei Igawa, Jacoby Ellsbury and Carl Pavano.

Masahiro Tanaka fits into the “worth every penny” category. He signed for seven years at $155 million and the Yankees paid an additional $20 million posting fee. With the pandemic cutting salaries last year, Tanaka lost about $14 million of potential pay.

He signed to be an ace and was only that for three months before an elbow injury cost him 10 weeks in 2014. He then morphed from dominance to durability and dependability. Tanaka was believed on the path to needing Tommy John surgery when he was sidelined midway through a first season in which he seemed on path to be not only the AL Rookie of the Year, but Cy Young winner too. And, of all things, he emerged a sturdy constant. He never needed the elbow surgery. From 2015-20, he made the 18th most starts in the majors.

When it comes to Yankees free agency, Tanaka is in the bucket with Jimmy Key and Orlando Hernandez. Think savvy, athletic, unflappable. They had the mindset to succeed in the Yankees cauldron. They might fail in a big spot. But never because they were afraid or unprepared. They were uber-competitive and would find creativity on the mound when a new plan in real time was needed.

Key and Hernandez were part of championship Yankees teams. Tanaka was not. But before last postseason, he was a brilliant October pitcher. When the Yankees came the closest to winning it all in Tanaka’s term, 2017, he was terrific. He saved the season in the Division Series, with the Yankees down two-games-to-none in a best-of-five, by throwing seven shutout innings against the Indians in a 1-0 win. He allowed two runs in 13 innings in the ALCS against a Houston team that very well might have been cheating in that postseason too by illegally stealing signs.

Tanaka could not find a major league deal where he wanted and for how much he wanted this offseason. So he announced Thursday that he is returning to the Rakuten Golden Eagles, the team for which he played prior to joining the Yankees. Who knows, maybe like Andy Pettitte, Tanaka will leave and then return to the Yankees again in better times on one-year deals.

But it is more probable that Tanaka’s Yankee tenure is complete. When a meaningful player leaves the Yankees — to gauge their standing — I always imagine what the reception will be like when they return for the first time for Old-Timer’s Day.

For Tanaka — a pro’s pro who earned every cent of his contract with dignity and performance — I expect this: