How Michael Kay became a storyline 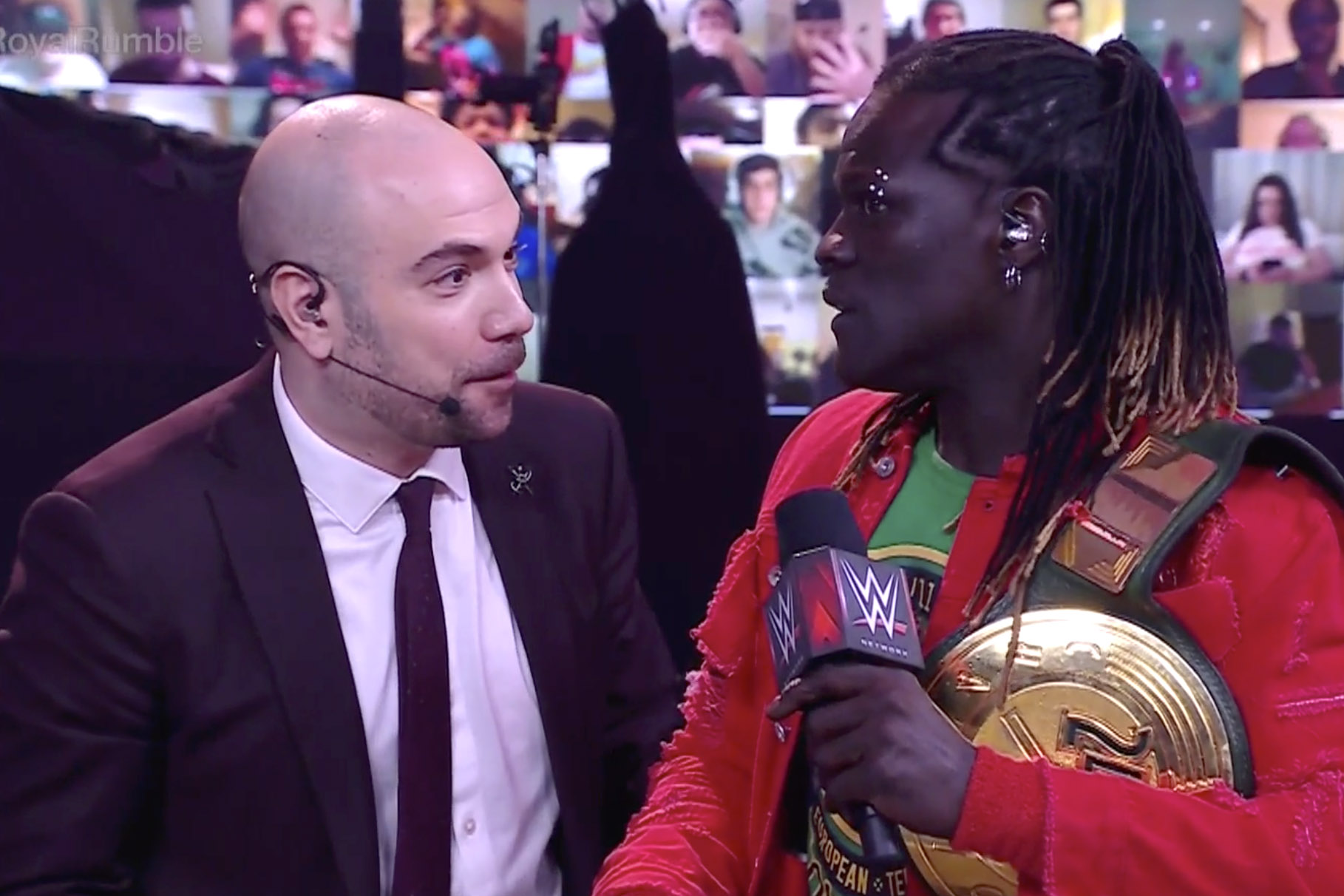 ESPN New York and Hot 97 radio host Peter Rosenberg left the Royal Rumble as the 24/7 champion after delivering a low blow to R-Truth and pinning him.

R-Truth had lost it to Alicia Fox in the women’s Rumble match — before quickly winning it back. As Rosenberg scurried away, a shocked R-Truth shouted, “I’m going to get you Michael Kay.”

Is it too early to fantasy book Rosenberg of the “Michael Kay Show” against WFAN rival and well-known wrestling fan Evan Roberts for the belt?

Rosenberg was a part of the panel that hosted the kickoff show for the Royal Rumble on WWE Network.

“Oh my. He’s going to be tough to live with now,” Kay tweeted.

Biden WH warns Myanmar after coup: US will 'take action'

Pfizer to speed up research amid COVID-19 mutation threat

Tom Brady pushes back his NFL retirement date past 45