Half a trillion dollars erased from China markets in a week

More than $560 billion in market value has been wiped off Hong Kong and mainland China exchanges in a week as funds capitulate out of once-favored stocks, unsure which sectors regulators will target next.

The Hang Seng fell 1.8 percent and its weekly drop of 5.8 percent was the largest since the height of the pandemic panic in financial markets in March 2020.

Stocks in Shanghai also fell, while investors sold risky corporate debt and the Chinese currency. The yuan was poised for its biggest weekly loss in two months as investors rushed to safety amid global coronavirus concerns. 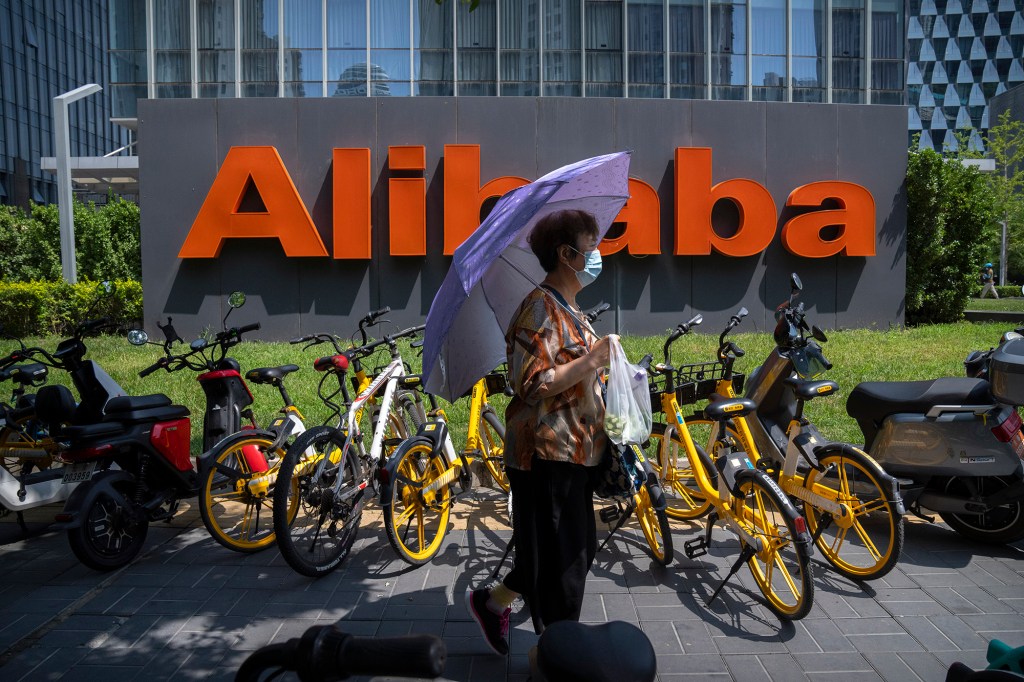 Chinese online retail giant Alibaba bucked the trend and came out a winner this week.Mark Schiefelbein/AP

“There isn’t really one trigger, but many bits and pieces that add to the narrative to stay away from China,” said Dave Wang, a portfolio manager at Nuvest Capital in Singapore.

“Almost on a daily basis you have negative news coming out, so it forms the impression there’s no end in sight.”

On the heels of crackdowns spanning from steelmaking to e-commerce and education, the moves are sapping faith in a market that seems yet to find a floor after months of selling.

The Shanghai Composite dropped 1.1 percent to its lowest close in more than two weeks on Friday and blue chips fell 1.9 percent, with liquor makers leading losses.

China Telecom was a rare bright spot and surged on its debut in Shanghai.

The epicenter of the selloff has been the tech sector, which had been popular with foreign investors who are now afraid they can’t quantify the regulatory risk and are selling in droves.

Hong Kong’s Hang Seng Tech index, composed of many one-time darlings, dropped 2.5 percent on Friday to a new record low and has shed about 48 percent since February.

“There’s a herd mentality at the moment,” said Louis Tse, managing director of Hong Kong brokerage Wealthy Securities. “People see one person selling and then they do the same.”

As a result, Alibaba now commands its lowest price-to-earnings ratio since its listing in New York in 2014 and Tencent its lowest in more than eight years.

“Tencent and Alibaba wouldn’t be trading around 20 times earnings if the general mood around them was optimism,” said Tariq Dennison, managing director at GFM Asset Management in Hong Kong, who was actually a buyer of both on Friday.

Adding to regulatory worries are concerns that China’s economic recovery is losing momentum and debt risks are rising, as data points to slowing demand and factory output and suggests authorities are cracking down at a delicate time.

Policymakers’ persistence with curbing red-hot property prices, for example, has markets on edge and corporate credit fell further on Friday with the news that heavily indebted Evergrande had been rebuked by regulators.

The yuan has fallen through its 200-day moving average against a broadly rising US dollar and weakened past the psychological 6.5 per dollar mark, hitting a three-week low of 6.5059 during onshore trade on Friday.

The Hong Kong dollar sits close to its weakest in a year and a half, also suggesting money is moving out of the city.