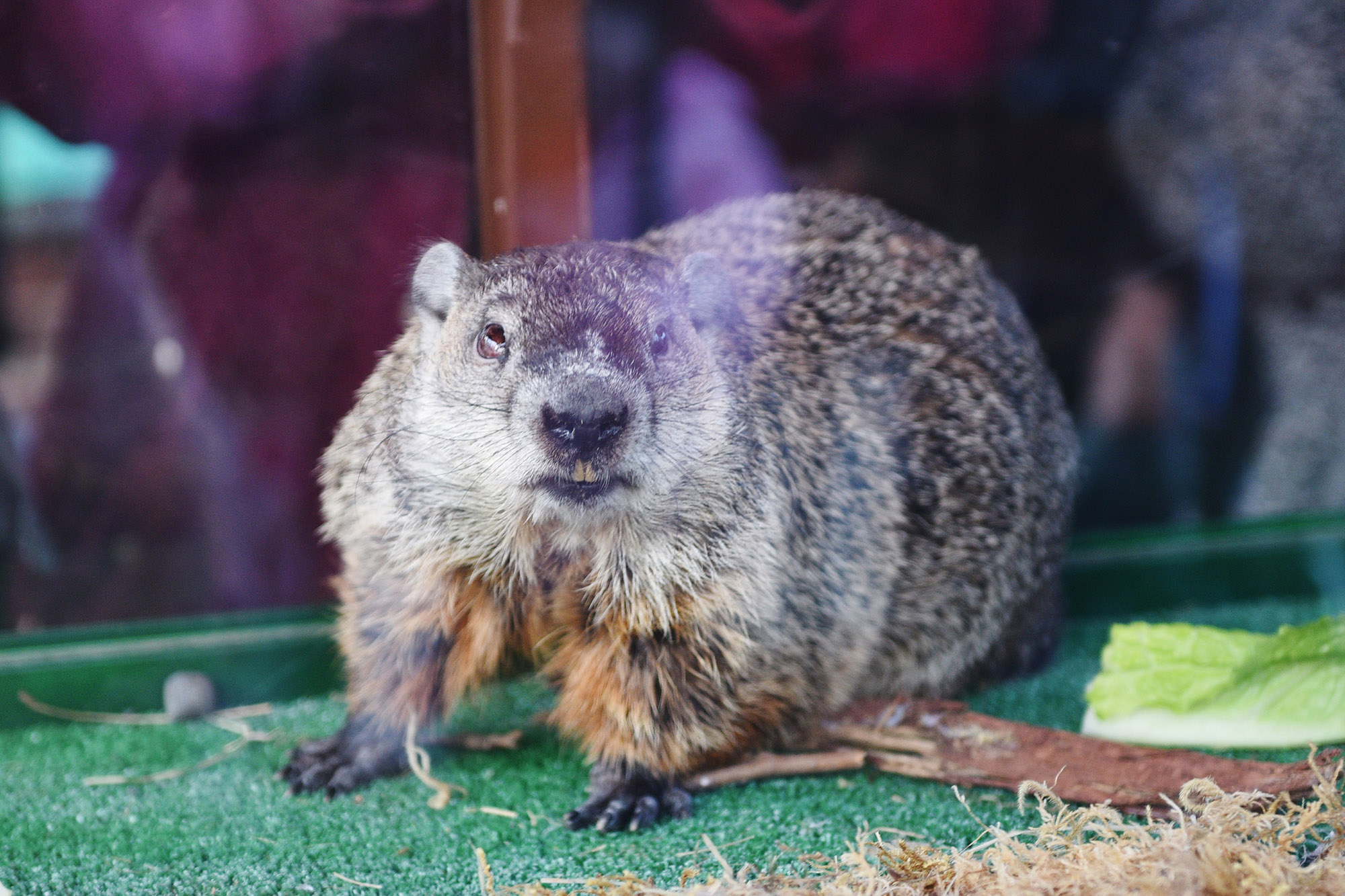 At least Chuck will be safe from the mayor.

The annual Groundhog Day ceremony on Staten Island will be a virtual one Tuesday — amid social distancing mandates and a monster snowstorm that has closed the borough’s zoo for two days.

The Staten Island Zoo usually invites a crowd to see if Staten Island Chuck sees his shadow, as the sitting mayor is on hand to coax him out of hibernation.

The burrowing star of the borough has had a contentious relationship with leaders in the past. In 2014, Chuck — later revealed to be a stand-in groundhog named Charlotte — died after being dropped by Mayor de Blasio.

At a Monday morning press conference, the mayor was asked if he was disappointed that the inclement weather would keep him from the event.

“I am crushed Henry. I’ll have to take it off my schedule and I’m very upset about it,” de Blasio joked to Bloomberg reporter Henry Goldman.

According to lore, if Chuck sees his shadow due to clear weather, he will emerge back into his den and winter will last for six more weeks. If he can’t see his shadow to due cloudy weather, spring will come early.

After the groundhog died of internal injuries caused by de Blasio’s drop, new safety precautions were instituted in 2015 to protect Chuck.

Chuck is now kept safe in a Plexiglas enclosure while making his annual prediction, and de Blasio has skipped the event multiple times.

It’s a move that came too late to save Mayor Bloomberg from a rumble with the sleepy rodent. In 2009, Chuck bit Bloomberg’s finger as he tried to wake him up from his winter nap.

Bloomberg — who skipped the event five times during his three terms — was caught on camera calling Chuck a “little son of a bitch.”

China's handling of COVID-19 is problematic