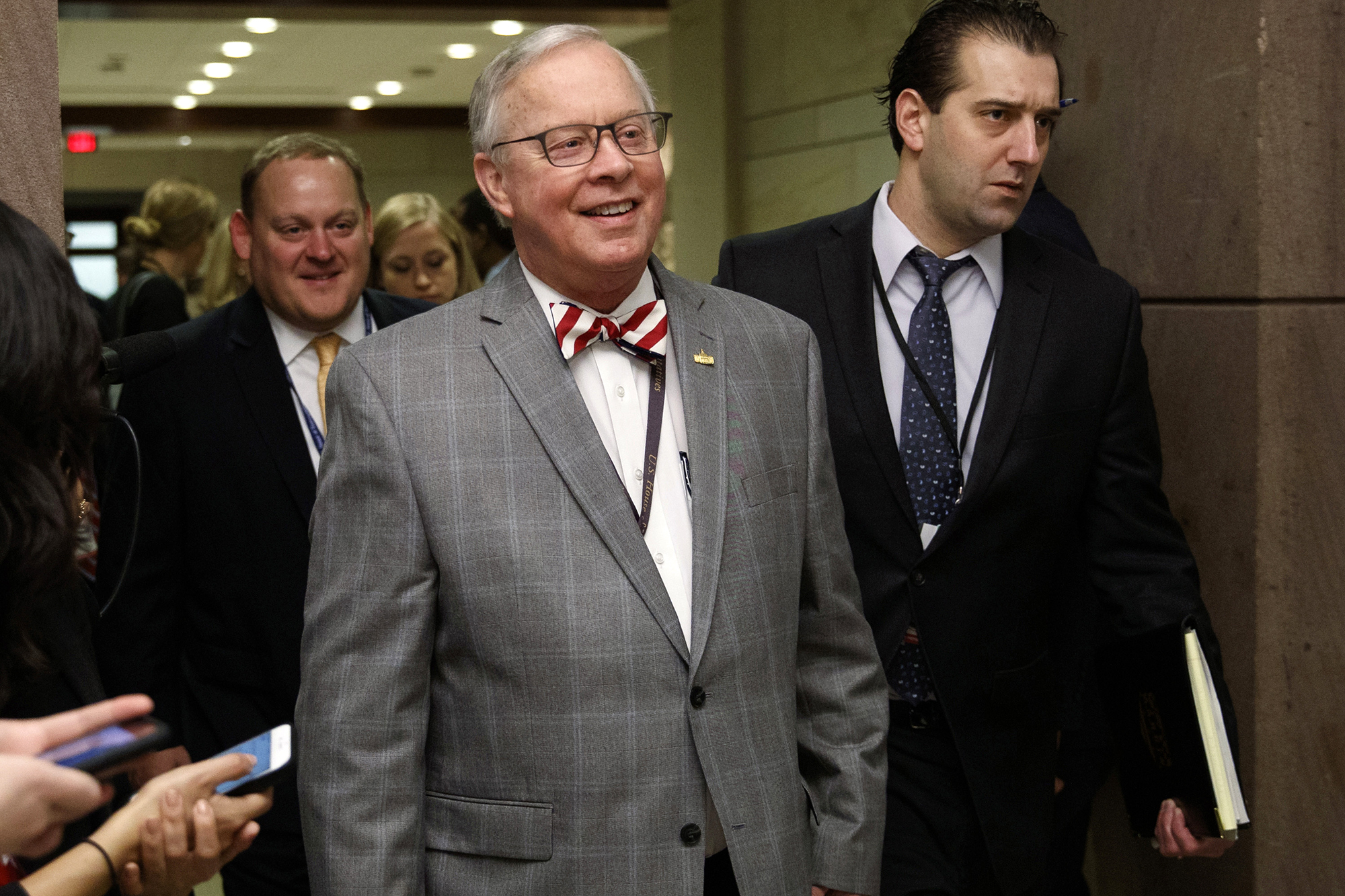 A member of Congress has died after being diagnosed with Covid-19 while battling cancer, his family announced through a spokesperson Monday.

Rep. Ron Wright (R-Tx.), who was 67, was admitted two weeks ago to a Dallas-based hospital after contracting the novel virus, the statement revealed.

“Congressman Wright will be remembered as a constitutional conservative. He was a statesman, not an ideologue,” it said.

“Ron and Susan,” referencing the late congressman’s wife, “dedicated their lives to fighting for individual freedom, Texas values, and above all, the lives of the unborn. As friends, family, and many of his constituents will know, Ron maintained his quick wit and optimism until the very end.

“Despite years of painful, sometimes debilitating treatment for cancer, Ron never lacked the desire to get up and go to work, to motivate those around him, or to offer fatherly advice.”

Wright was in his second term in the House, having entered the body in 2019 representing the Lone Star State’s 6th Congressional district.

“Over the past few years, Congressman Wright had kept a rigorous work schedule on the floor of the U.S. House of Representatives and at home in Texas’ Congressional District 6 while being treated for cancer,” the statement continued, referencing his decision to continue working while undergoing treatment.

Wright will be survived by his wife, three children, brother and nine grandchildren.

While dozens of lawmakers have tested positive for the novel virus, Wright is the first sitting member of Congress to pass away as a direct result of it.

In late December, Rep.-elect Luke Letlow (R-La.) died from Covid-19 complications before he could take office.

Letlow, a married father of two from rural Start, La., won the Pelican State’s 5th District seat in a Dec. 5 runoff race and was set to take office at the start the new year.

Jets must use two-prong attack to get Deshaun Watson