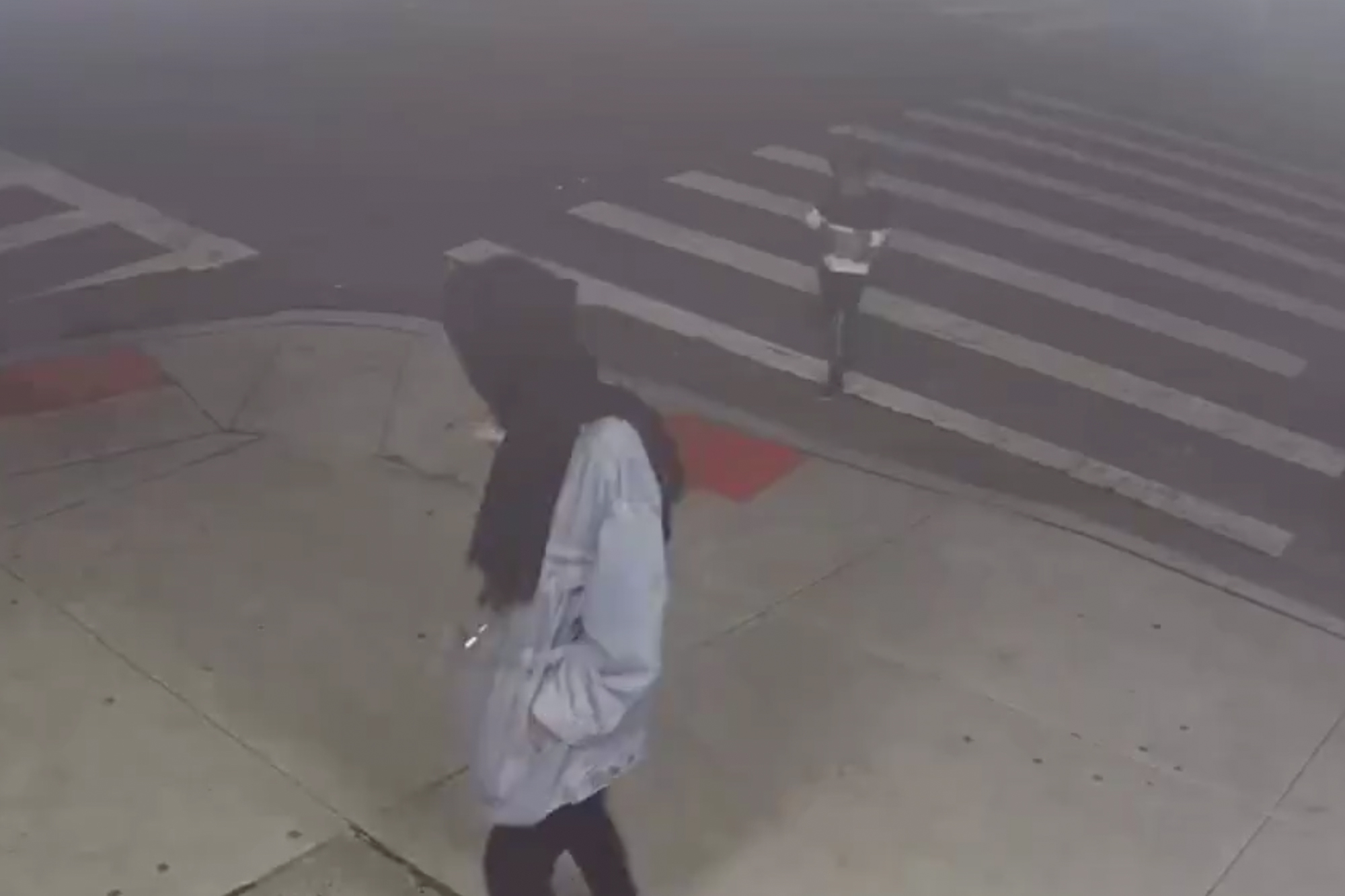 A heartbreaking video posted on Twitter by the NYPD Sunday shows a young girl being led through the Bronx just moments before she was found alone on a street corner.

The girl — thought to be about 4 years old and using the name “Sidaya” — was found by police just after midnight on Saturday as she stood alone on the corner of Prospect Avenue and East 156 Street, police said.

Investigators found surveillance video of a woman leading the youngster through the streets just 10 minutes earlier, the NYPD said.

The clip shows the woman — thought to be in her mid-20s and around 5-foot-2 — leading the way as the pair walked westbound on Leggett Avenue at Fox Street, police said.

After crossing the road, the woman — whose face was mostly covered by a headscarf — stops to turn back and look at the young girl trailing slowly behind her.

The woman, in a denim jacket and white Converse-style sneakers, then walks off ahead again as the little girl follows, seemingly staggering as she walks in rain boots and wearing just a blue sweater and sweatpants.

The girl — who has yet to be identified — was taken to NYC Health + Hospitals/Lincoln where she was evaluated to be in good physical health, police said. She is currently under the care of child services.

Here’s what Lindsey Graham, Trump discussed over the weekend